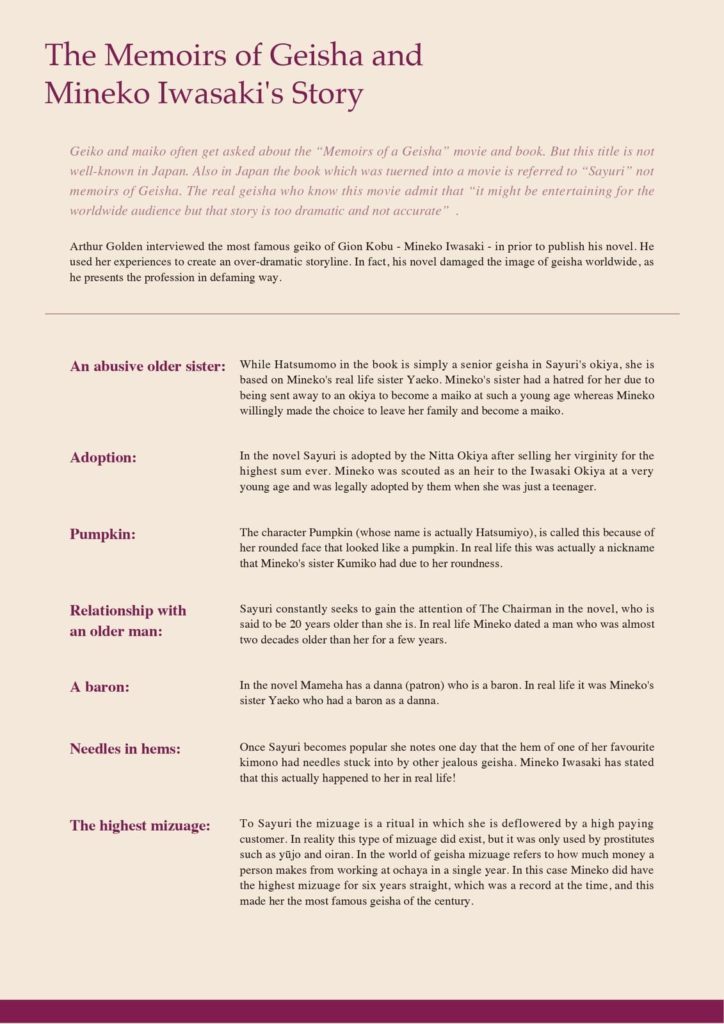 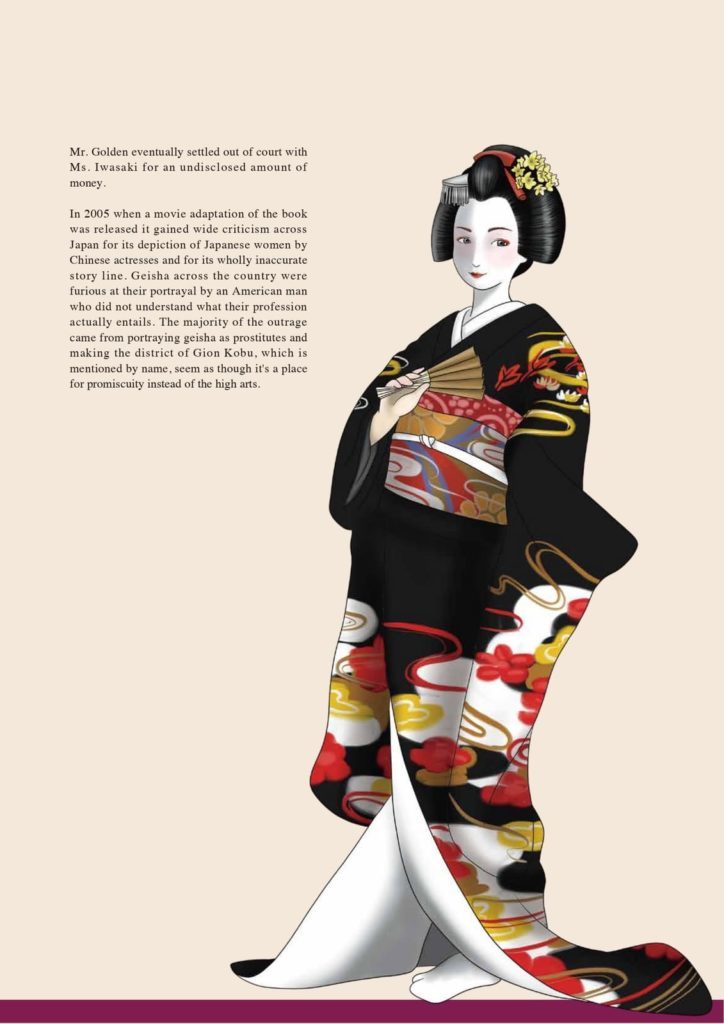 Geiko and maiko often get asked about the “Memoirs of a Geisha” movie and book. But this title is not well-known in Japan. Also in Japan the book which was tuerned into a movie is referred to “Sayuri” not memoirs of Geisha. The real geisha who know this movie admit that “it might be entertaining for the worldwide audience but that story is too dramatic and not accurate” .

Arthur Golden interviewed the most famous geiko of Gion Kobu – Mineko Iwasaki – in prior to publish his novel. He used her experiences to create an over-dramatic storyline. In fact, his novel damaged the image of geisha worldwide, as he presents the profession in defaming way.

While Hatsumomo in the book is simply a senior geisha in Sayuri’s okiya, she is based on Mineko’s real life sister Yaeko. Mineko’s sister had a hatred for her due to being sent away to an okiya to become a maiko at such a young age whereas Mineko willingly made the choice to leave her family and become a maiko.

In the novel Sayuri is adopted by the Nitta Okiya after selling her virginity for the highest sum ever. Mineko was scouted as an heir to the Iwasaki Okiya at a very young age and was legally adopted by them when she was just a teenager.

The character Pumpkin (whose name is actually Hatsumiyo), is called this because of her rounded face that looked like a pumpkin. In real life this was actually a nickname that Mineko’s sister Kumiko had due to her roundness.

Relationship with an older man:

Sayuri constantly seeks to gain the attention of The Chairman in the novel, who is said to be 20 years older than she is. In real life Mineko dated a man who was almost two decades older than her for a few years.

In the novel Mameha has a danna (patron) who is a baron. In real life it was Mineko’s sister Yaeko who had a baron as a danna.

Once Sayuri becomes popular she notes one day that the hem of one of her favourite kimono had needles stuck into by other jealous geisha. Mineko Iwasaki has stated that this actually happened to her in real life!

To Sayuri the mizuage is a ritual in which she is deflowered by a high paying customer. In reality this type of mizuage did exist, but it was only used by prostitutes such as yūjo and oiran. In the world of geisha mizuage refers to how much money a person makes from working at ochaya in a single year. In this case Mineko did have the highest mizuage for six years straight, which was a record at the time, and this made her the most famous geisha of the century.

Mr. Golden eventually settled out of court with Ms. Iwasaki for an undisclosed amount of money.

In 2005 when a movie adaptation of the book was released it gained wide criticism across Japan for its depiction of Japanese women by Chinese actresses and for its wholly inaccurate story line. Geisha across the country were furious at their portrayal by an American man who did not understand what their profession actually entails. The majority of the outrage came from portraying geisha as prostitutes and making the district of Gion Kobu, which is mentioned by name, seem as though it’s a place for promiscuity instead of the high arts. 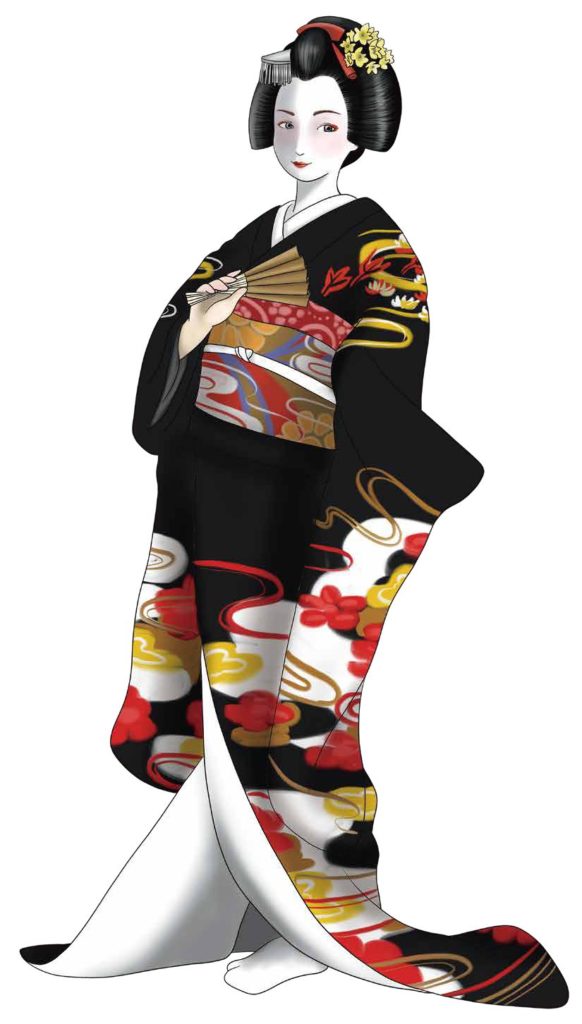