From ¥19900 ¥12500
Total price:
Cancellation and refund policy
No cancellation fee, cancel any time

We are the only venue in Kyoto that holds geisha tea ceremony and geisha show everyday. Your once in a lifetime geisha (maiko) tea ceremony experience includes:

As part of their training the geisha (maiko) in Kyoto learn how to conduct tea ceremony and often hold tea ceremony under sakura trees in special occasions. At MAIKOYA  we want to preserve the unique geisha culture of Kyoto by holding the geisha tea ceremony sessions for locals and travelers whenever possible. Come and enjoy this once in a lifetime experience before it is sold out. In this workshop, a Maiko will walk you through step by step of traditional tea ceremony. This is a ritual-like activity where ceremonial tea is prepared and presented to promote well-being, mindfulness and harmony. It is also called the Way of the Tea. The tea itself is a powdered green tea and is called Matcha.

Just in case if you were wondering:

We are confident that this experience will be your best souvenir from Japan. You can easily make a reservation now by choosing the best date for you. Additionally, if you’d like you can reserve a PRIVATE tea ceremony  here .

The walking tour lasts about 30~45 minutes , just enough to learn what you may be wondering about the mysterious world of geisha and the historic Geisha neighborhoods. Whether it is the geisha kimono, the training of the apprentice geisha or the flaws of the movie “memoirs of geisha” you will learn a lot. Walking in the historic Gion geisha district will undoubtedly give you a feeling of time travel where every street has many stories to tell.

Disclaimer: Recently there are many incidents where tourists engage in irresponsible behavior in Gion which include

We own and operate Gion Geisha Show & Experience Maikoya and the Gion Geisha Museum. All of our guides speak fluent English and know how to make you feel at ease by always being patient and smiling constantly. We also provide handouts in different languages in case you have limited language skills. By participating in this tour you will have a local “friend” showing you around rather than being dragged to routine places by a stranger.

We know that travelers neither want a history lecture nor a fast facts trivia. They just want to feel like a local and learn the Japanese view of Geisha and Gion and the history. Our guests also often ask us about the souvenir shops, restrooms, hidden gems, transportation to their next stop and local favorite restaurants. So we prepared the perfect package tour with the best price that will make your trip to Japan extra rewarding. 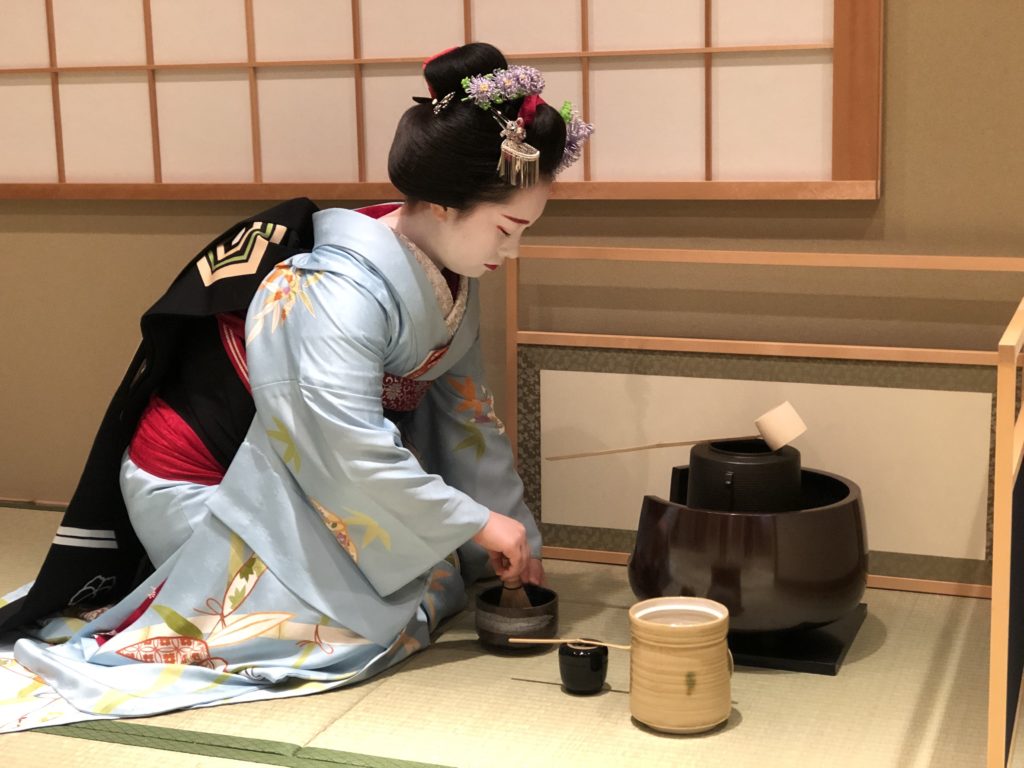 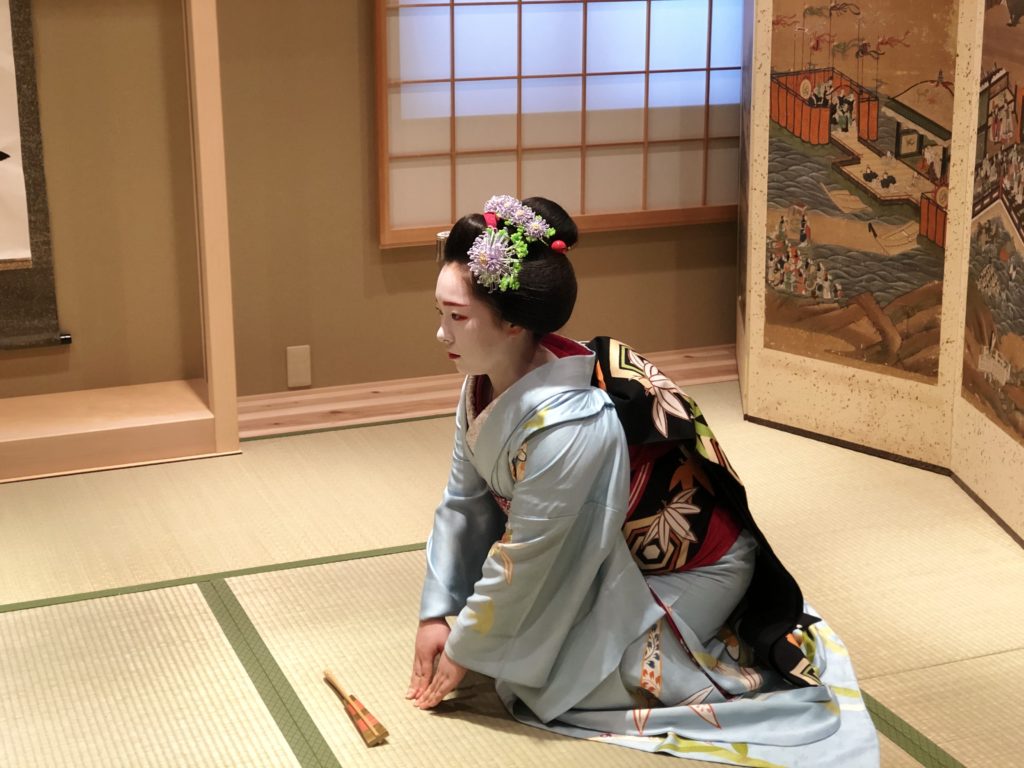 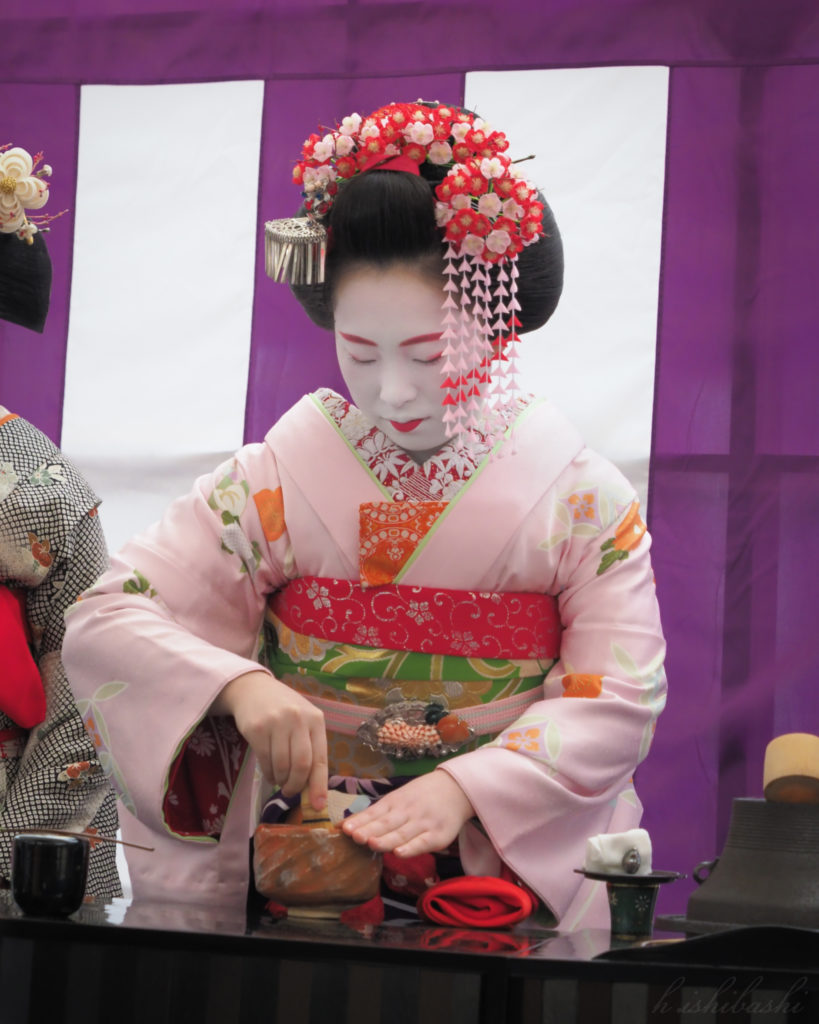 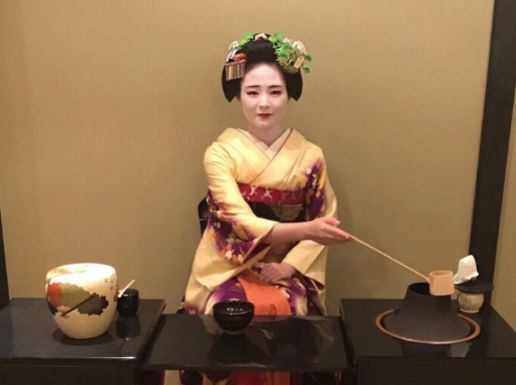 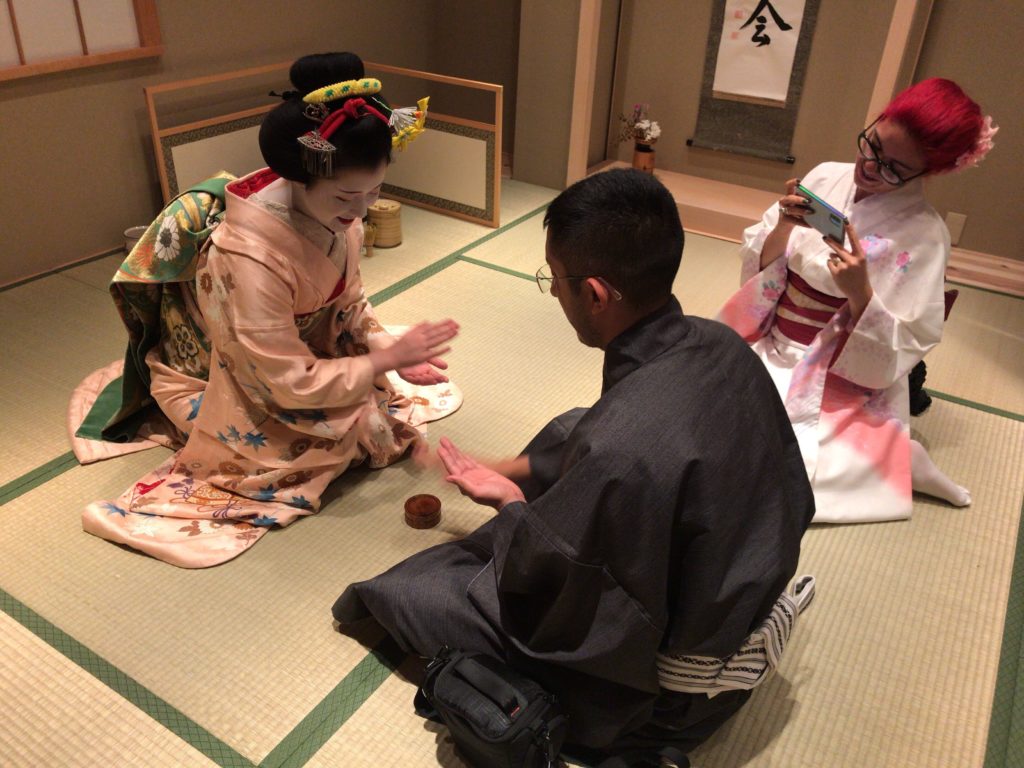 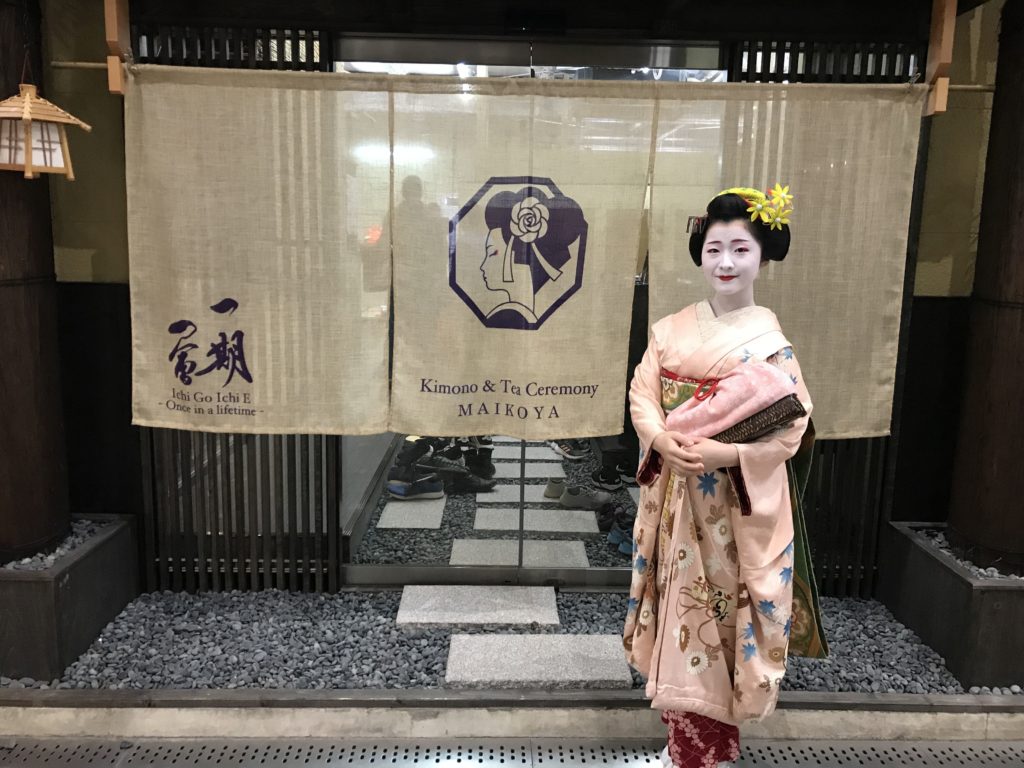 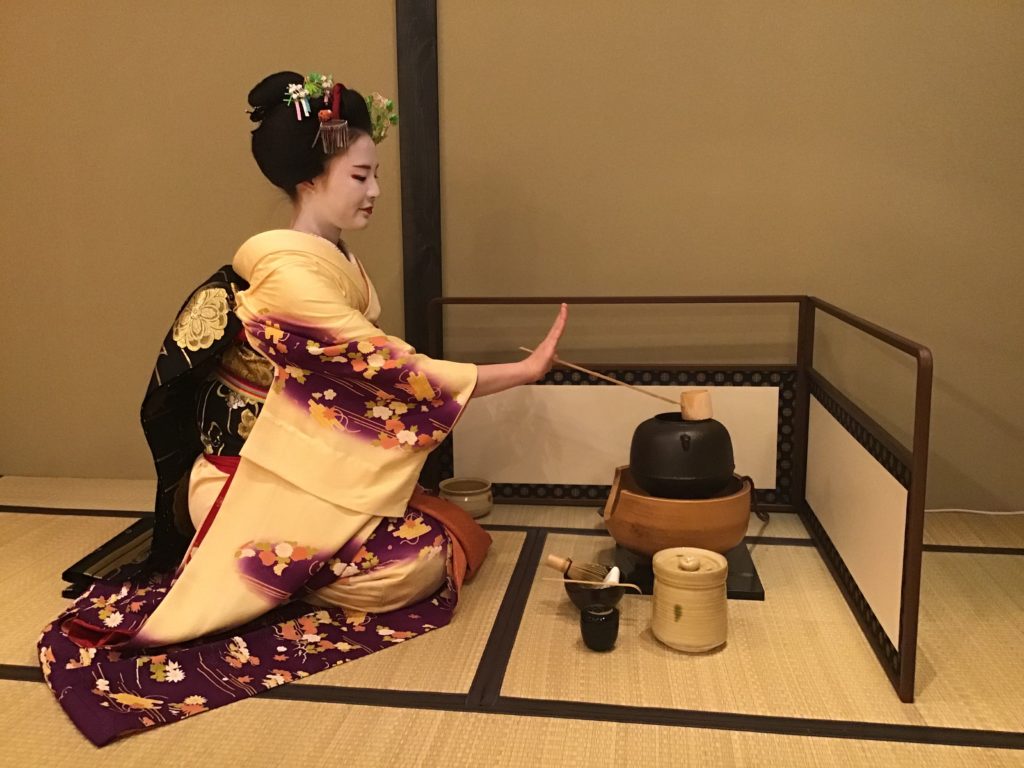 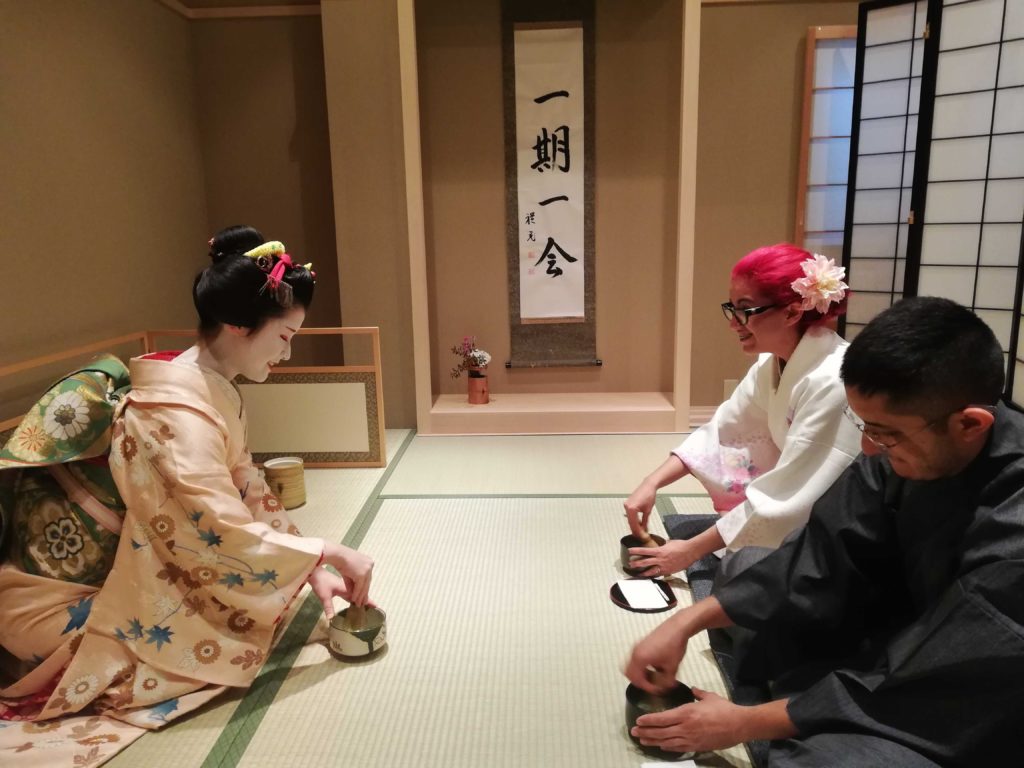