What are the similarities between geisha and sumo: 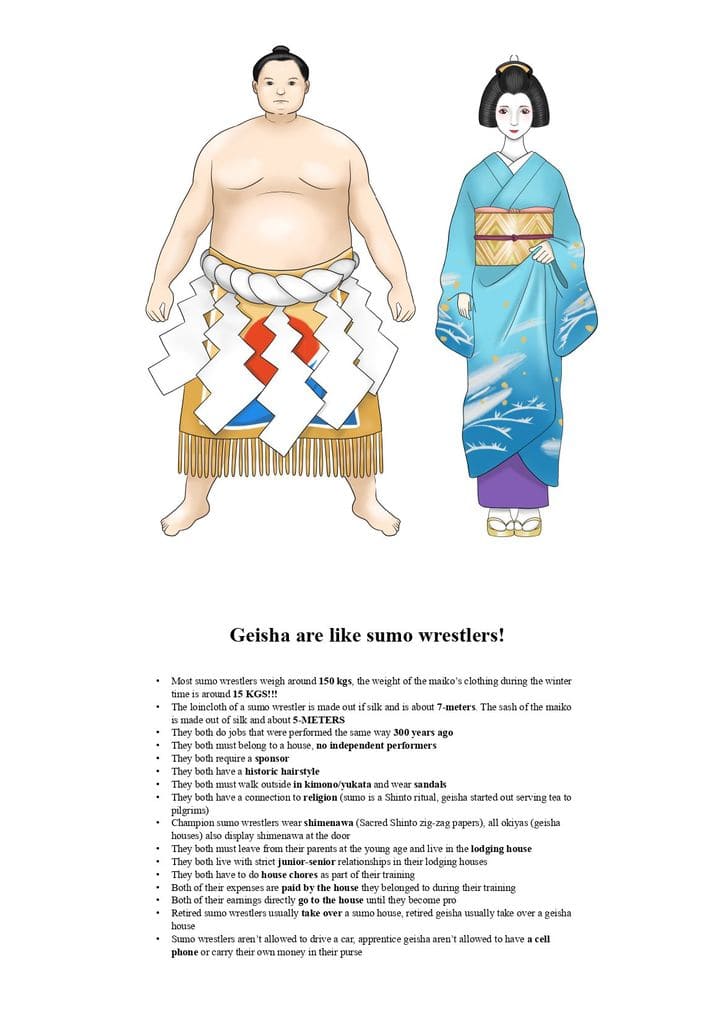