The history of Japanese tea ceremony goes back more than 1000 years.

During the 9th century, the tea culture was imported from China to Japan and the custom of serving tea did not become popular until the 13th century. By the late 15th and 16th centuries, the tea culture was ceremonially prepared by a fully skilled tea master and served to guests in a restful and tranquil setting. Then this way of preparing and serving tea has become known as “Chanoyu”, literally “hot water for tea”. 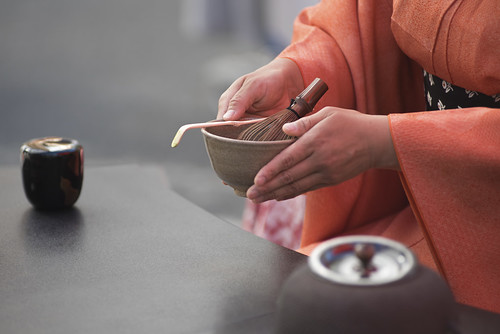 Nowadays the Japanese tea ceremony is also called “Chanoyu”, “Sado” or simply “Ocha” in Japanese language. It is a kind of choreographic ritual of preparing and serving Japanese green tea, called “Matcha”, along with traditional Japanese sweets called “Wagashi” to balance with the bitter taste of the tea. 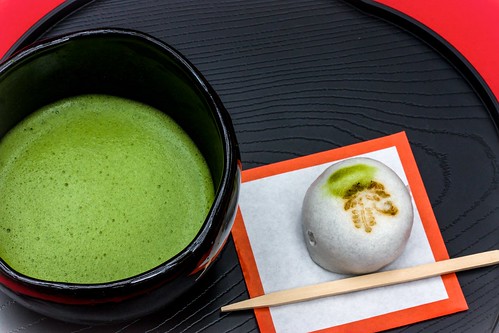