*This experience is currently NOT available.

Maikoya owns and operates the Geisha and Tea Ceremony Museum near Hanamikoji street which is considered to be the center of the Gion Geisha District. The museum has a number exhibitions, artifacts and explanations on the history and culture of geisha. There are guided tours which last for about 30 minutes but the visitors can also walk inside the museum on their own. The museum collection is limited to geisha musical instruments, geisha hair accessories and geisha kimono. The museum has simple and easy-to-understand visual aids on the differences between maiko and geisha and the geisha training phases. The museum also hosts various geisha shows and geisha experiences everyday.

The geisha museum ticket includes the English guided tour of the museum which has been conducted by a knowledgeable local guide. The tour guide will explain  everything you may wonder about the geisha from their kimono motifs to the movie “the Memoirs of Geisha.” You can ask questions to the guide though most visitors tend to ask similar questions all the time which are listed below that we usually answer during the tour. There is a possibility that you may get a glimpse of a real geisha or maiko at the museum, as the museum organizes the various geisha activities everyday, but they are not included in your ticket. 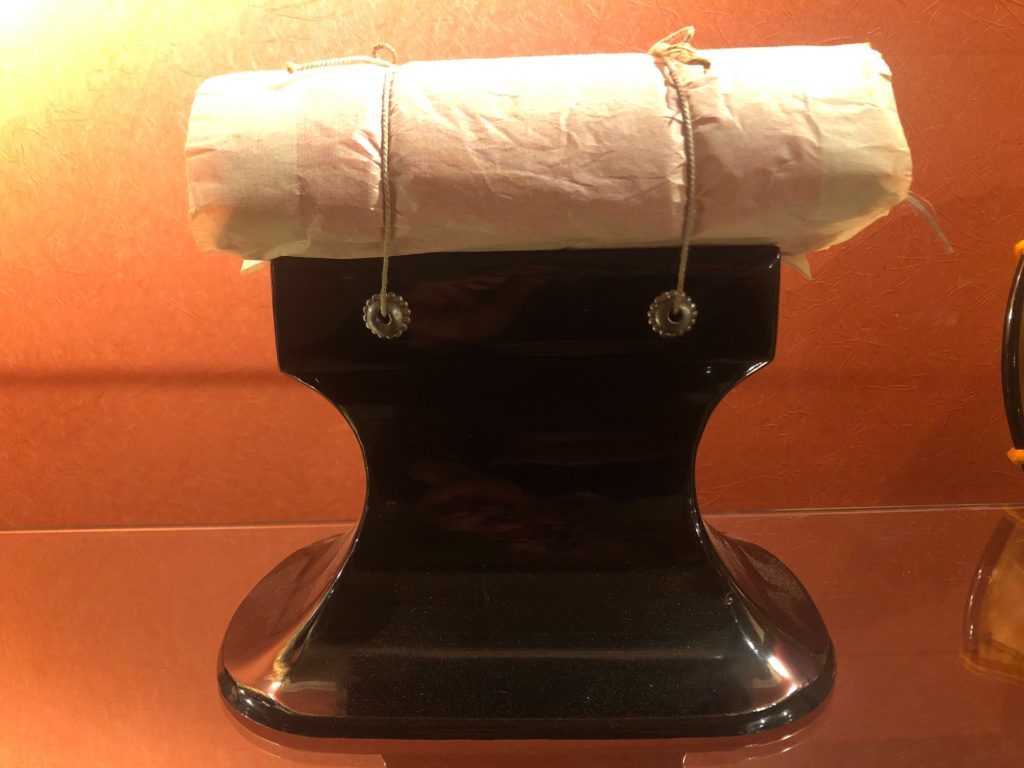 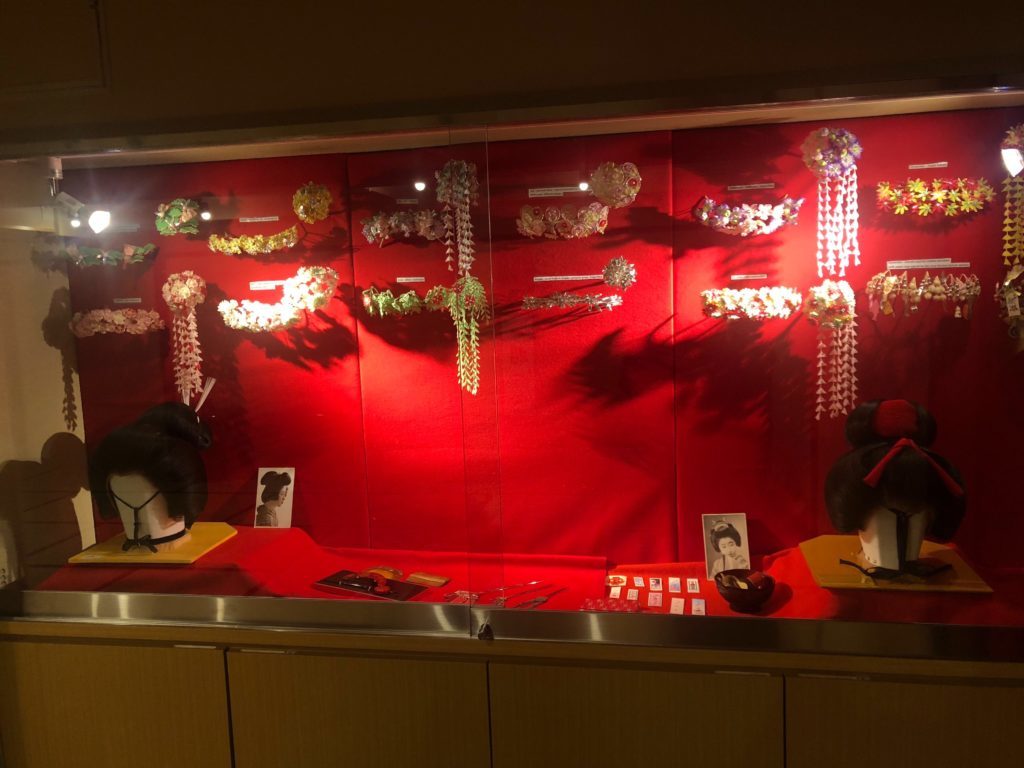 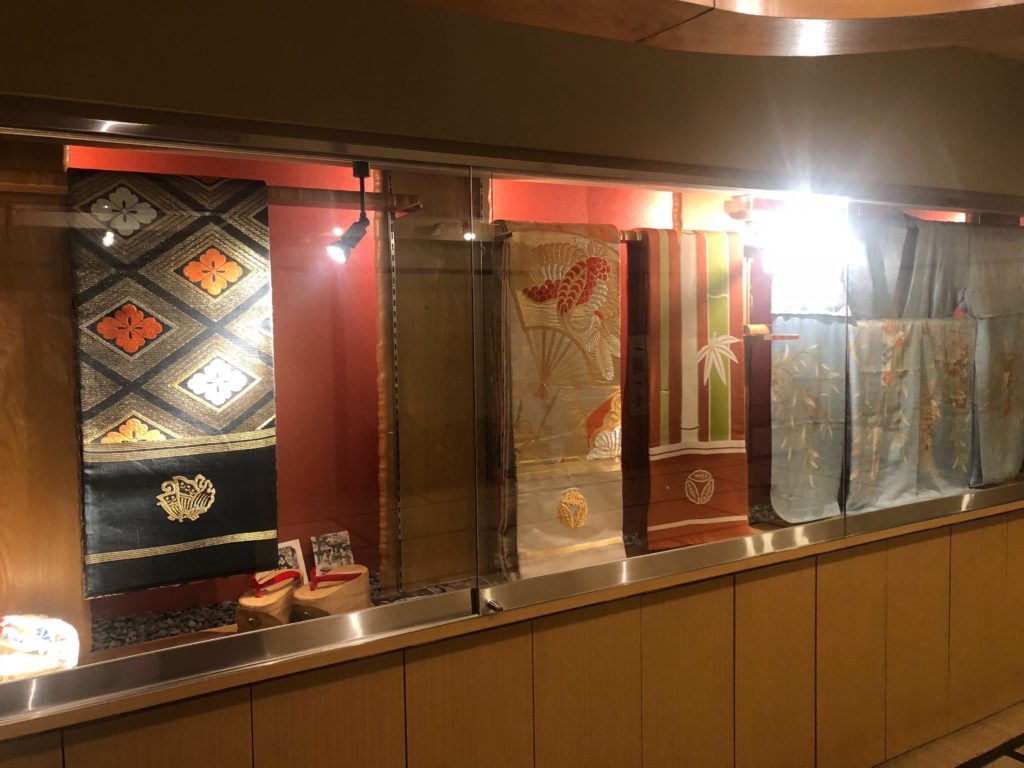 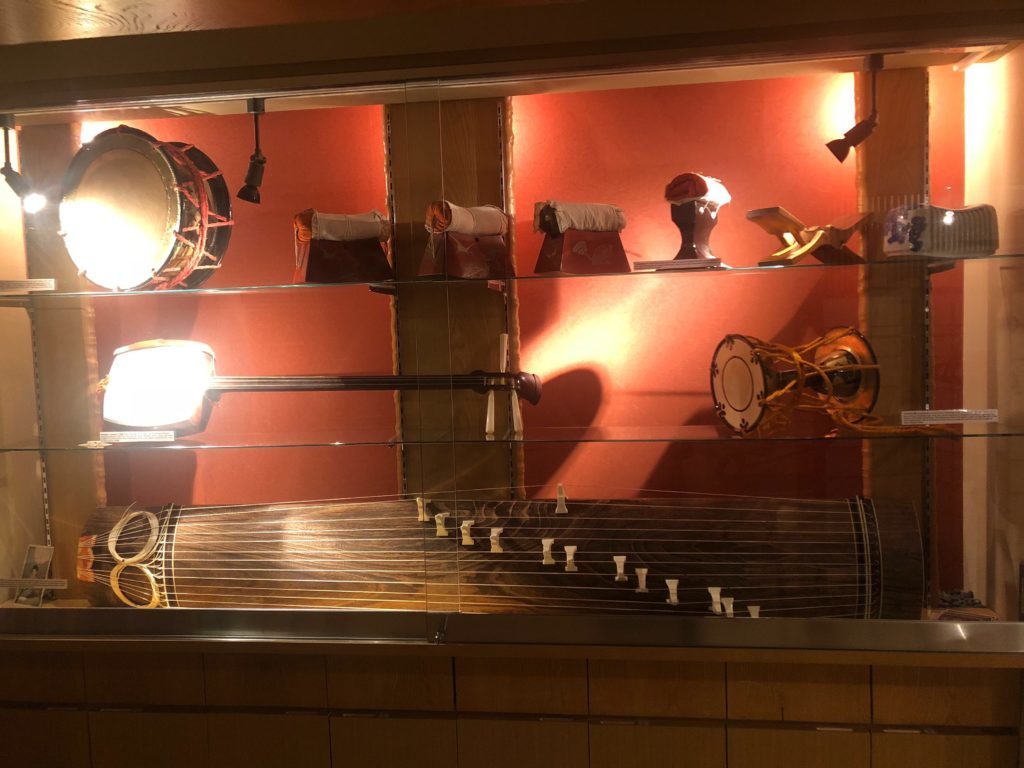 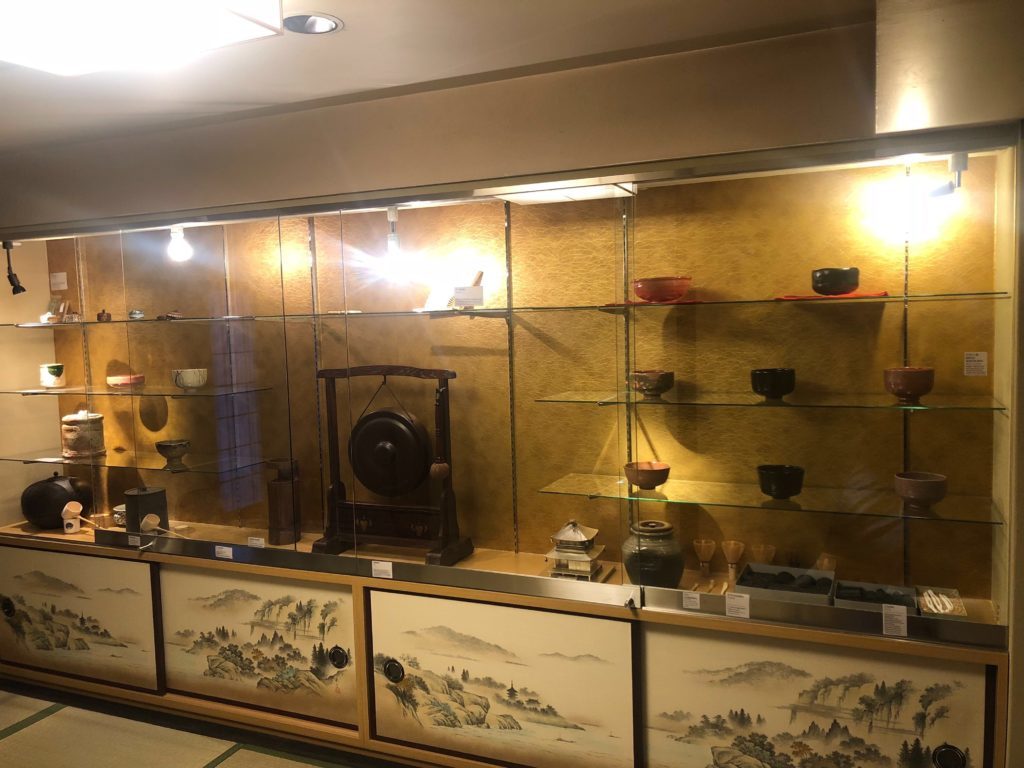 Most maiko answer as their imagination of the fancy world of the geisha. A lot of girls are influenced by the beautiful maiko photos on the internet or TV documentaries about maiko lives. Some of them just want to work as a maiko, as it’s a fun adventure, and they never become geiko.

Some families have concerns about their daughters’ living in the lodging house at an early age. However in Japan, part of being a democratic and advanced country, families tend to support the decisions of their daughters. However, maiko get to see their families only once or twice a year (Obon and the new year-eve).

The short answer is: in the past there was no electricity and it was believed the white powder made the face look beautiful in the dark. There are other reasons such as in ancient China entertainers also wore the white powder make-up and white skin symbolized youth and nobility. Geisha also often shared the stage and hung out with kabuki actors who wore white-powder and visible lip and eye liners to be watched from the distance.

No as explained in other posters.

A candidate for a maiko has to be a Japanese girl who graduated from junior high school (the age of 15-16) and who has black hair. Some okiya require an introduction (personal reference), but some of them encourage girls to apply via e-mail or telephone. They just need to send their photo, fill in a survey, and get their parents’ approval.

When maiko reaches the age of 20-21, her art masters and the owner of okiya decide if she’s ready to progress into the geiko stage. There’s no official exam, they just have to give her a green light to go further. Upon becoming a geiko, a maiko has to master “Kurokami” (“Jet Black Hair”) dance which she will perform during her sakkou period.

They are very much respected as they perform cultural arts and crafts that require so much training and can’t be performed by most people. They are also often invited to public and religious ceremonies and often sit at VIP. Geisha’s outfit is unique and costly, the silk kimono costs at least $5K and the sash ornament (pocchiri) is usually worth thousands of dollars.

As a matter of fact most maiko (apprentice geisha) do not become a full-fledged geisha. They quit at the end of the maiko period. For the rest who chose to be a geisha it is a lifetime profession though so many geisha eventually quit in their thirties and forties and become housewives. If they don’t quit, most geisha become an okiya owner or inherit the okiya they are affiliated and run a geisha house.

There is no age limit, there are geisha in Gion who are older than 80 years old.

8:30-9:30 Getting up, putting on a casual kimono and going to the school of art. 10:00-12:00 Time reserved for the art classes. Each class is usually 30 minutes, but before big stage performances the classes can last for 6 hours even!

15:00-17:00 Getting ready for work. Applying makeup and putting on a dance kimono (a special dresser comes and dresses the maiko and geiko up. It takes only up to 10 minutes!).

18:00 First work engagements of the night. Usually there are 3 banquets or 3 separate meetings with the clients until midnight