This premium ticket ensures that there will be no one except you or your group during the museum tour or the fun samurai & ninja experience.

The Samurai & Ninja Museum Kyoto is a unique, experience-based museum that lets you get up close and personal with history. Our basic ticket lets you experience being a samurai and a ninja for a day with fun-filled activities for the whole family!

We make sure that our activities and displays have a little something for everybody, from kids to adults and Japanese history enthusiasts. The tours and activities are hosted by our friendly museum guides in English, Chinese, and Japanese.

This plan requires a reservation

All of these activities are included in this package without additional fees. 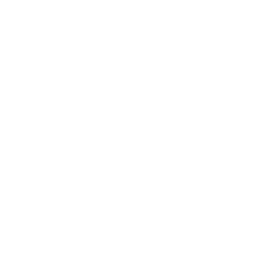 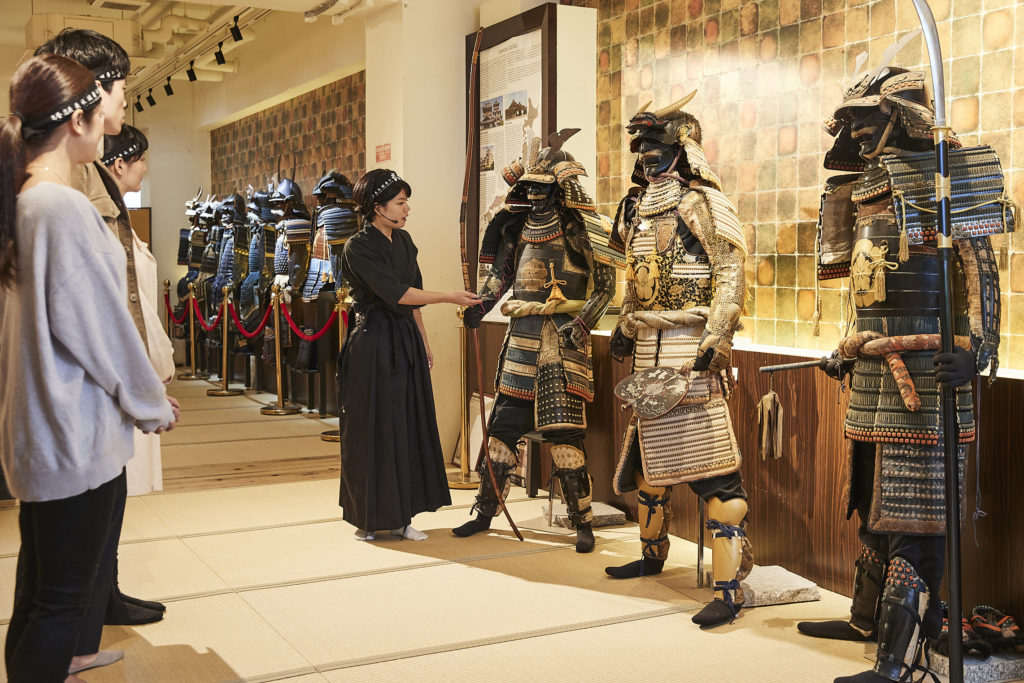 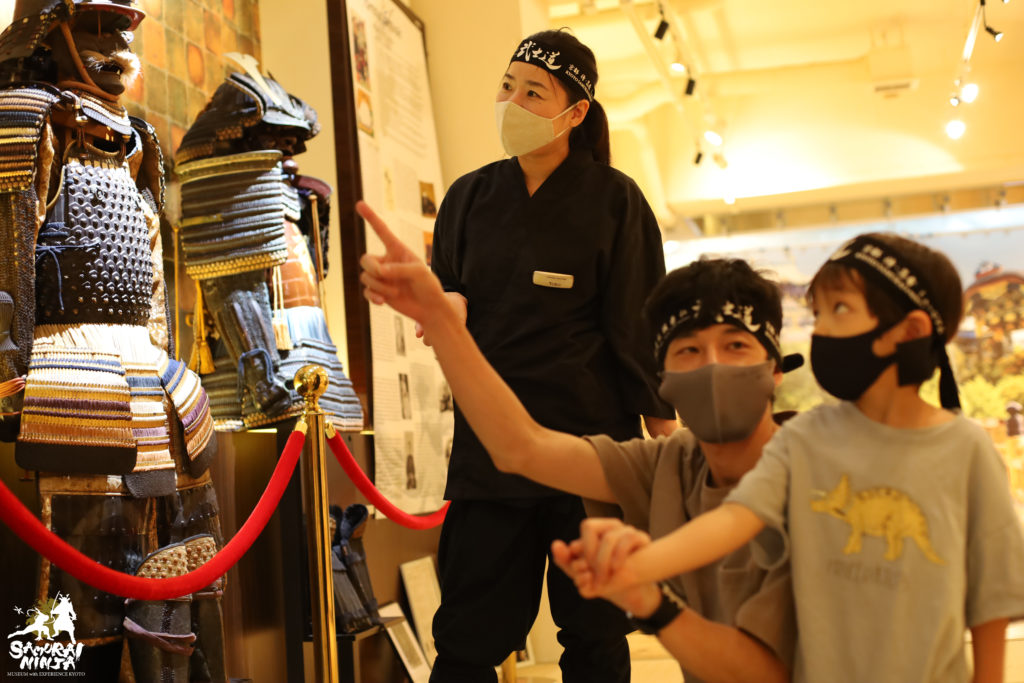 Enjoy an interactive tour where you will get to learn trivia and fascinating facts about Japanese history and culture. You will go through the samurai and ninja exhibits while our knowledgeable guide will tell you all about the displays, from the technical aspects to the wonderful stories that these items carried in their past lives. Ask all the questions you have about the displays and learn about the histories of the samurais and ninjas and when they started.
The tours are available in English, Chinese, and Japanese. 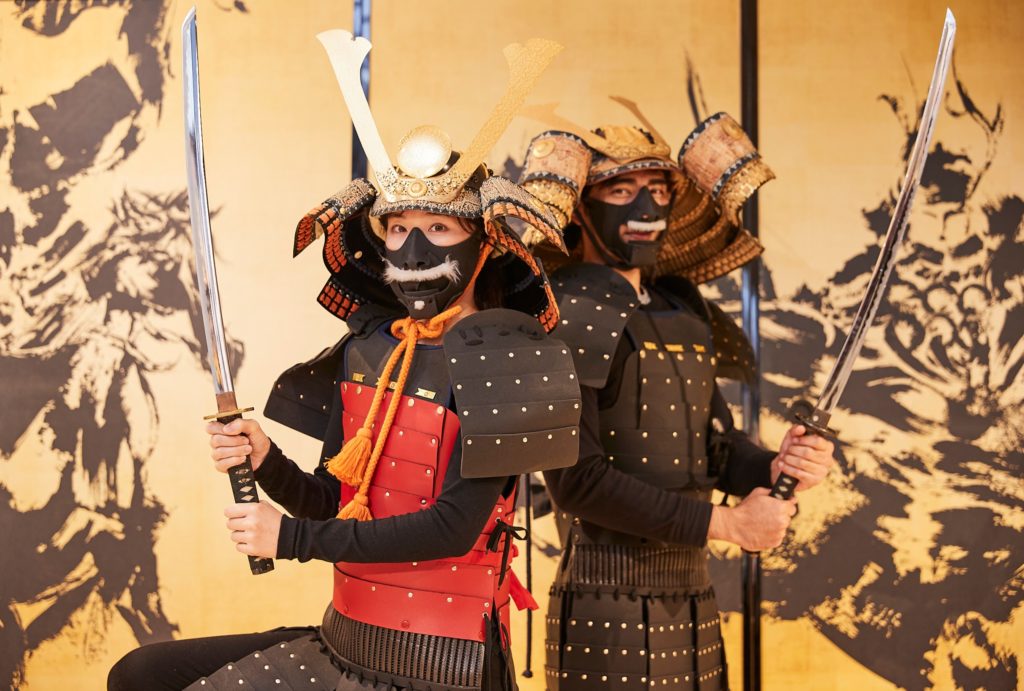 You will also get to dress up like a samurai family. Try on full samurai armor for your souvenir pictures. Our armors come in unisex styles and a variety of sizes for everyone, including children! You will even get a selection of varied replica swords to choose from. 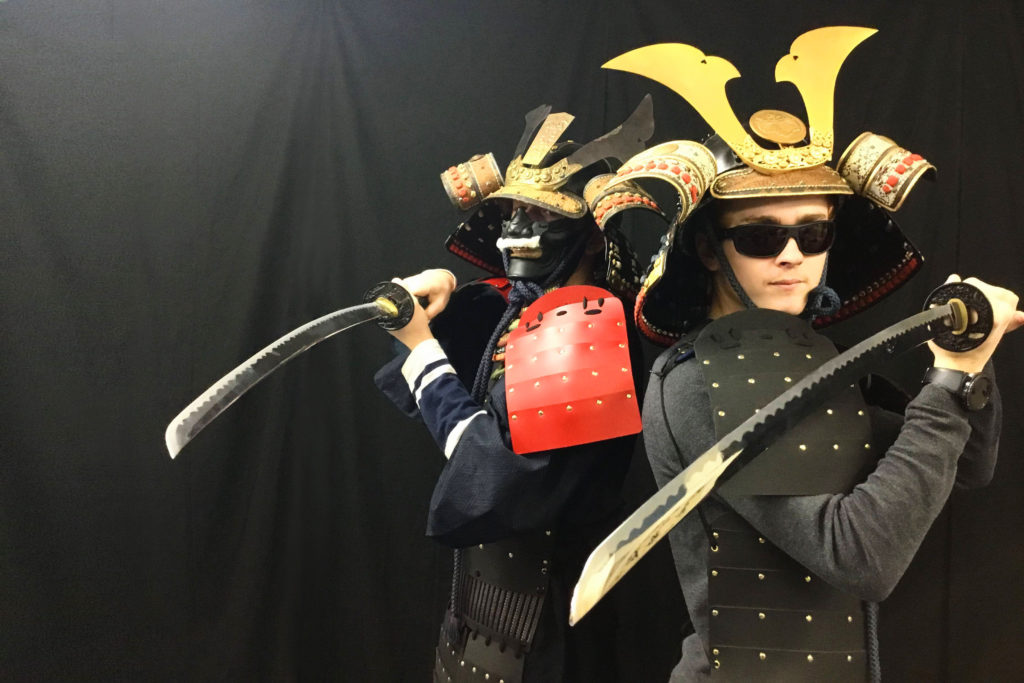 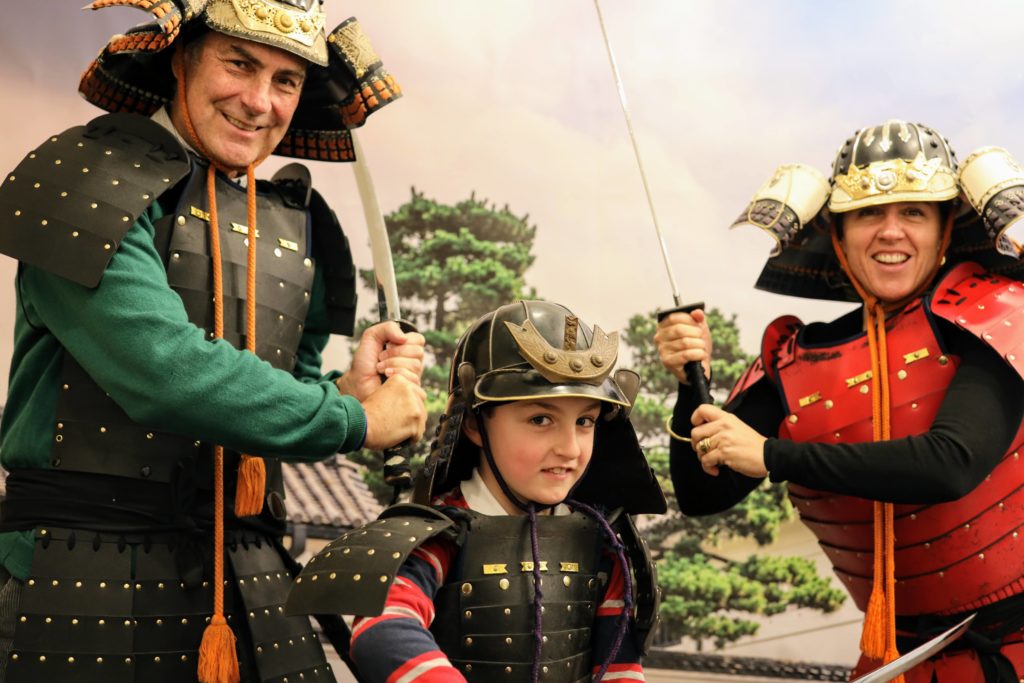 You’ll also get a glimpse of what it was like to be one of the most prestigious ruling classes of old Japan. Bear the honor of the samurai as you learn how to hold and sheath a katana, just like the samurai and their two swords – one for the enemy, and one for their honorable punishment. 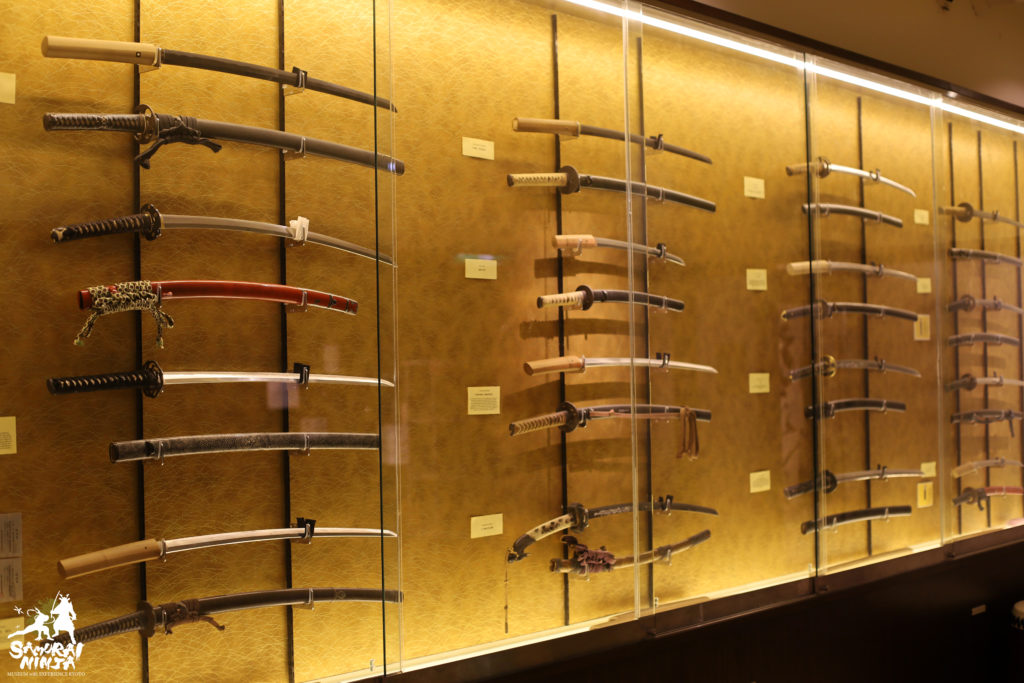 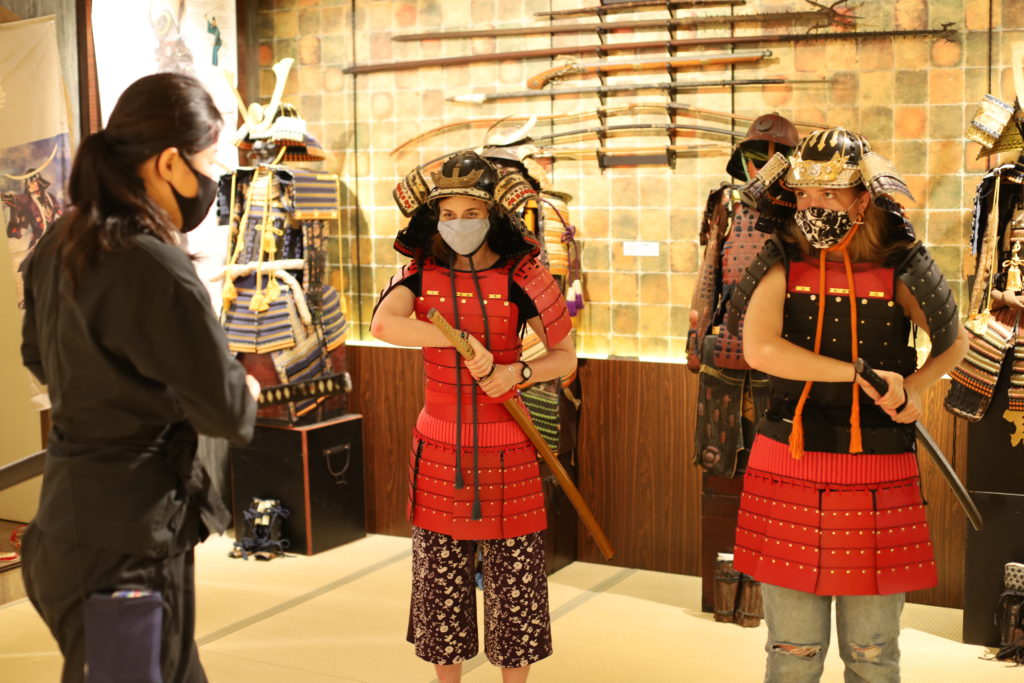 You will learn about the ninja in Japan’s history and what kind of weapons and tools they used for their covert missions.

Everyone in the family will be able to participate in games and workshops! The lessons will be fun and simple for the kids to enjoy. 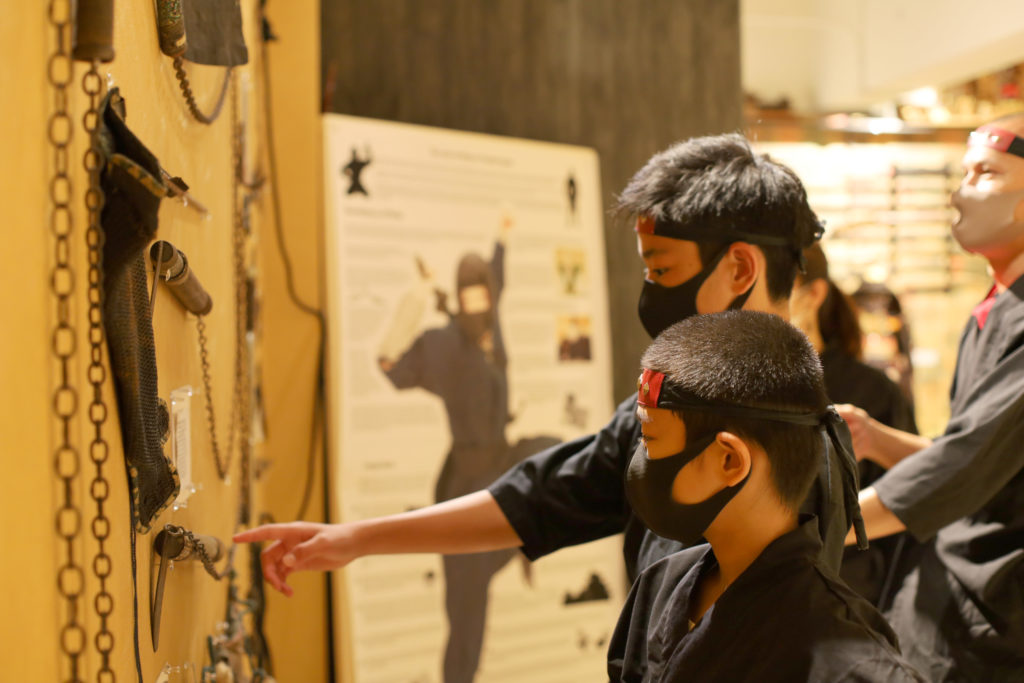 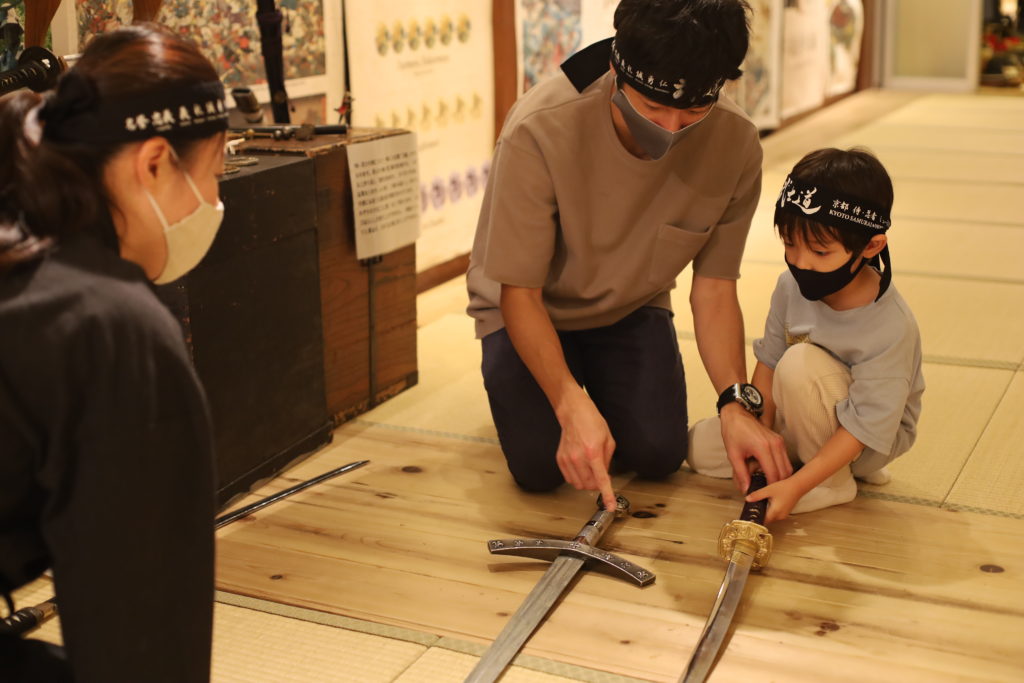 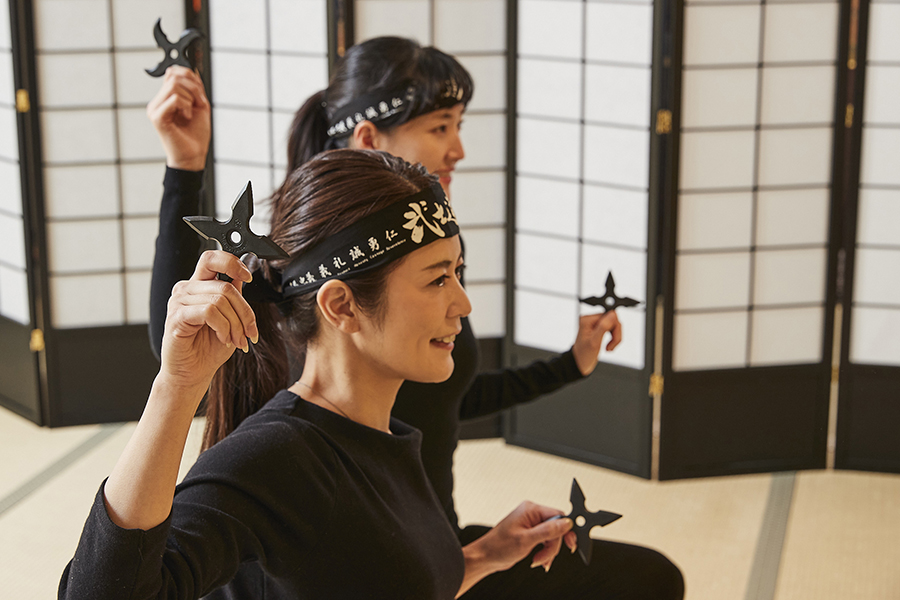 Learn how to throw ninja stars. Once you have had some practice then it’s time for the famous Ninja competition. Test your targeting skills with our fun activities like throwing a shuriken! You can have a friendly competition with your friends and family during the training.

Ninja experience
– Use a Ninja blowgun – 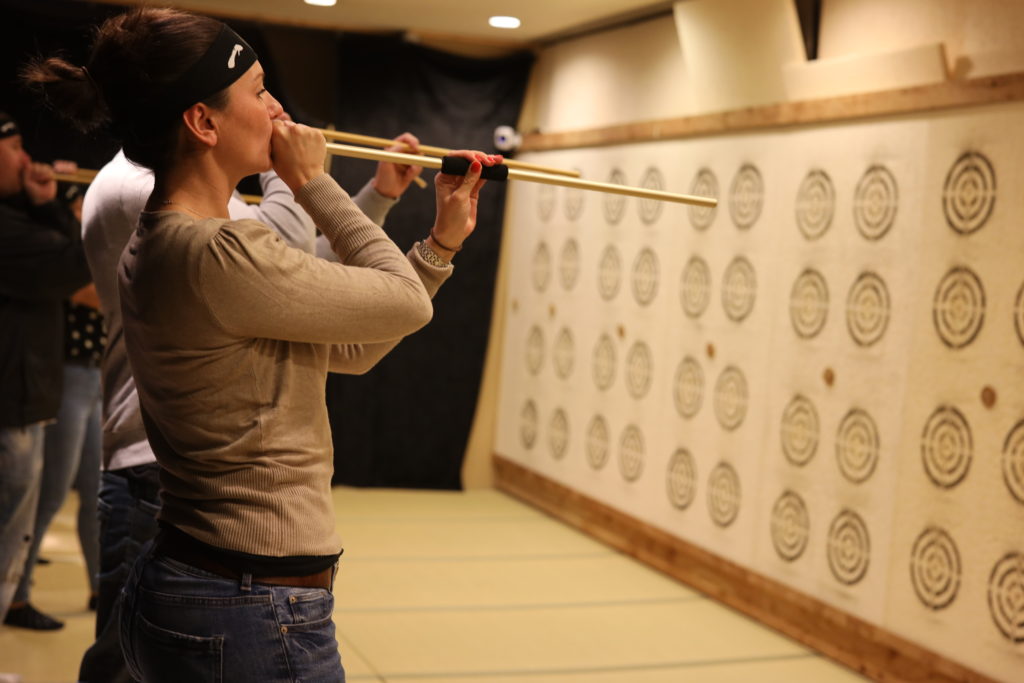 Your experience will also include using the ninja blowgun, also known as the fukiya. These can also be referred to as blow darts! You can have a friendly competition among your group during a target practice game too. 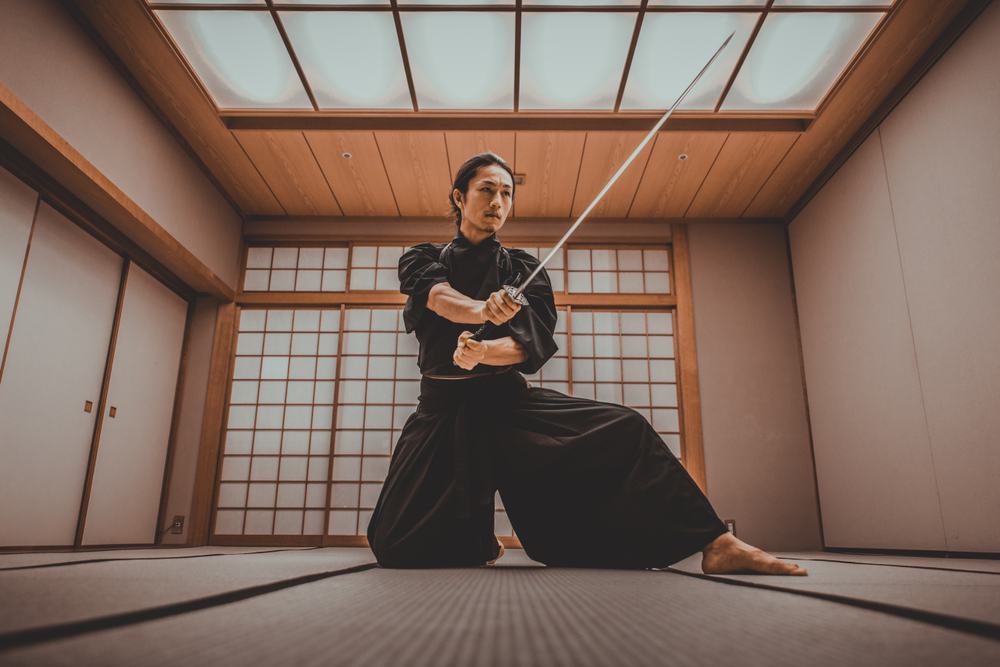 Catch a sword demonstration show by a sword master descended from a samurai! Here, you’ll get to admire the graceful and deadly dance performed by the samurai during battles and practices. You may also catch a recreational performance depicting a fight scene against the samurais and ninjas.

Enter the coupon code to get an additional discount!

The Samurai & Ninja Museum is a family-friendly establishment that provides enjoyable activities for people of all ages!

Explore our collection of ancient artifacts and historical samurai swords and ninja weapons from feudal Japan. You will even get up-close looks at the uncanny replicas inspired by the Sengoku Period up to the Tokugawa Shogunate. 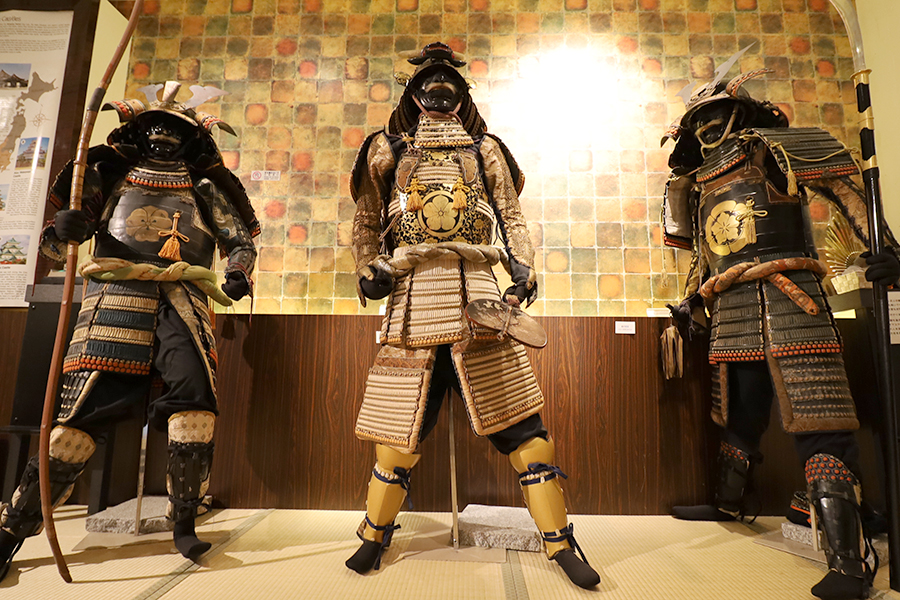 The Samurai & Ninja museum is Japan’s largest experimental museum and offers unique experiences where you can tour around the medieval exhibits while wearing a kimono, yukata, or samurai armor – a fitting combination for the time period you’ll be exploring. Aside from this, there are also authentic Japanese tea ceremonies and Zen meditation workshops available for individuals and groups. The Samurai & Ninja Museum tour is available all year-round in English, Chinese, and Japanese.
The true ninjas of old Japan may have disappeared in today’s society but the stories and legends of their deeds live on. Experience what it was like for these covert agents through the tours guided by our knowledgeable staff at the Samurai & Ninja Museum Kyoto! 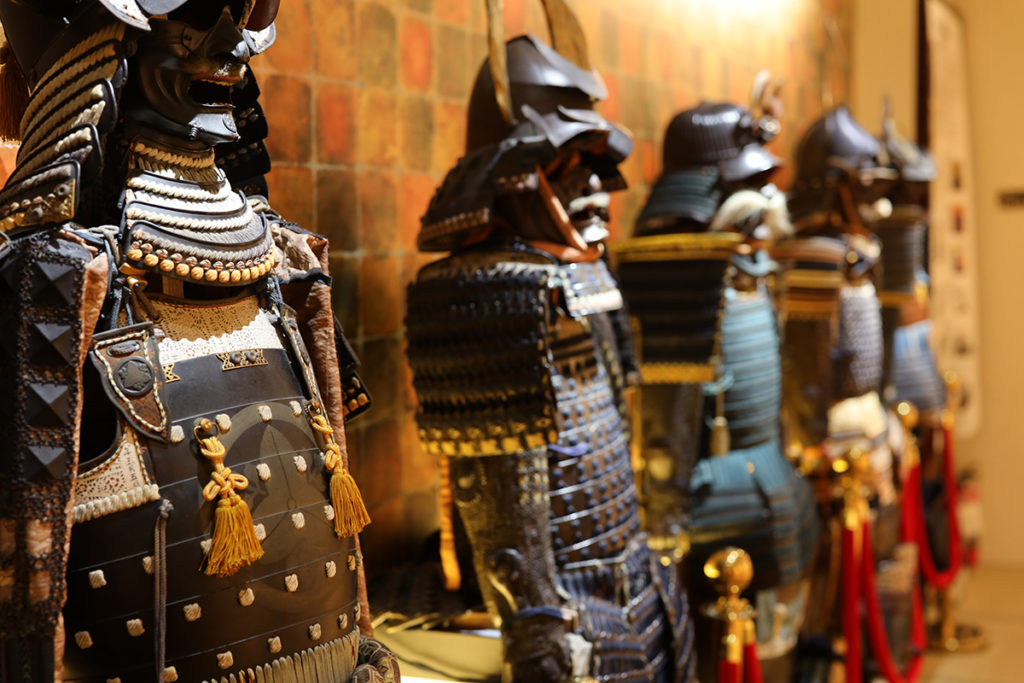 All of the rooms and exhibits at the Samurai & Ninja Museum are designed in the styles of the Sengoku Period, also known as the Warring States Period in Japan. This era was the time when the samurai held extraordinary power over the politics in the country, enough to eventually trigger the reunification of Japan. Your adventure with us will transform you and your friends and family into a modern rendition of the ancient legendary warriors.

The Samurai & Ninja Kyoto also hosts its activities outside the museum upon request. All you need to do is contact us so we can arrange for our affiliated dojos! Don’t forget to check out the museum gift shop for a souvenir. There are also antique samurai swords and armor for sale if you’re an avid collector, along with ninja tabi-socks.

The Samurai & Ninja Museum Kyoto is the perfect place for a trip with your family and friends!

Skip the lines and book Samurai and Ninja Ticket with us online!

Simply fill the form at the top of this page to schedule a tour and wait for a confirmation email from us. We hope to see you soon!

Need to cancel or reschedule? 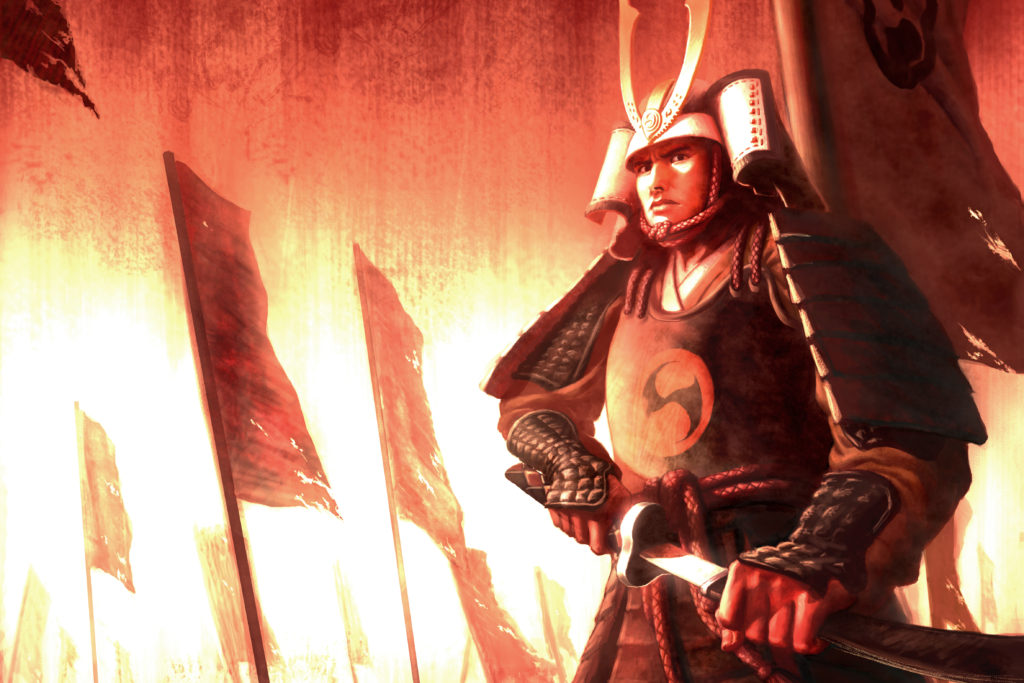 A Brief History of the Samurai

The samurai are known as the best warriors in the world in their time, and stories about them still circulate to this day, staying as one of the most popular aspects of Japanese history and culture. These warriors were known for their bravery, military tactical prowess, and the “Bushido” or code of honor.

The samurai class rose to power around the 11th century, leading to the feudal age of Japan. They held control over the country and the Imperial court as one of the most powerful and intimidating classes until the abolishment of the feudal system in 1868. Since then, the samurai culture has greatly influenced modern Japanese society, with ideals of honor, respect, and loyalty deeply ingrained into ordinary everyday lives.

The samurai were known to wield a variety of weapons from bows and arrows to swords. One of the most well-known weapons of the samurai is the katana. The katana is an unrivaled quality sword and considered the most deadly and efficient weapon during battle. And although the weapons evolved throughout the time periods, the samurai kept the katana close, believing that it held the soul of the bearer. They also carried a short sword or knife known as a tachi. Wearing a katana and a tachi combination was called daisho, which became the hallmark of the Samurai.  The two swords represented the path of the samurai: The katana was the symbol for fighting a righteous battle, and the tachi was a reminder of personal honor.

As the samurai class dissolved into modern society, their previous skills and education were passed through generations. This lead to the creation of some of the most successful Japanese companies and industries. Tactical skills were applied to managerial positions, and practical skills directly influenced the high-quality manufactured goods in the country. One of the most notable products is the unrivaled Japanese knife, which applied the same techniques and methods as when the katanas were made. 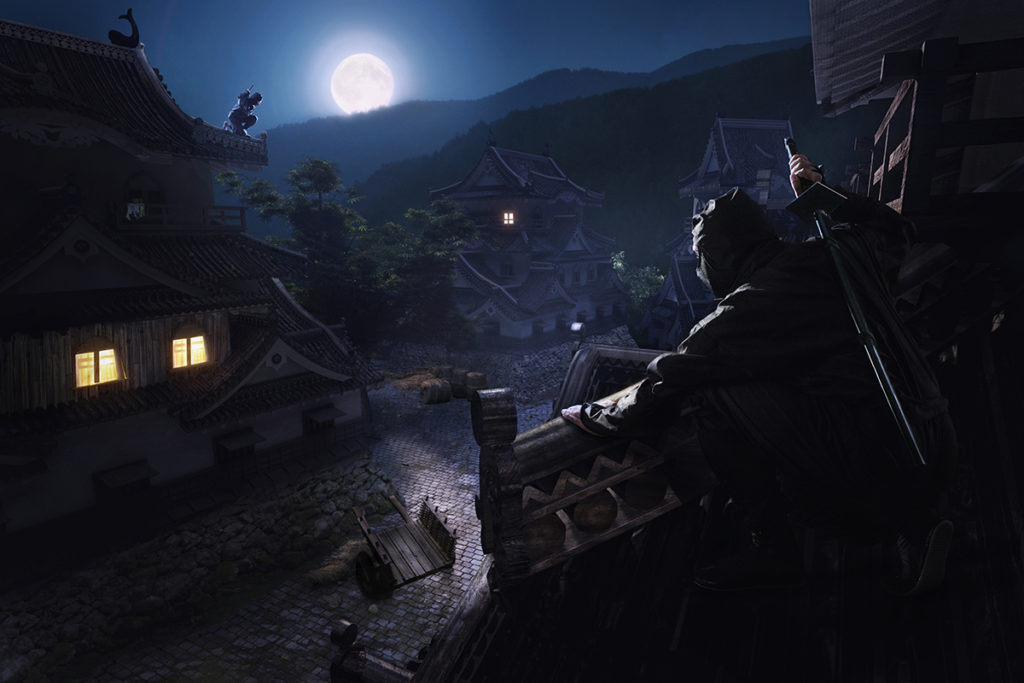 A Brief History of the Ninja

The ninjas, also called shinobi, were covert agents, spies, and mercenaries during the feudal periods in Japan in the 15th century and as early as the 12th century. They were tasked to perform espionage, surprise attacks, and undercover warfare which was deemed beneath the honor of the samurai, the ruling class at the time.

The ninjas, unlike the samurai, were normally common folk or farmers by day who were hired as mercenaries and spies at night. The lack of records of their origins along with their undercover work gained the ninjas a reputation of being mysterious enough that rumors believed that they possessed supernatural powers and abilities. Folklores along with popular media even portray the ninjas as being able to fly, become invisible, walk on water, shapeshift, and even be able to control the elements of nature.

The existing records of the ninjas were only passed down through generations, and any historical records are extremely rare! Ninjas were typically born into the tradition, carrying on the secrets and missions of their predecessors.

Their training starts from childhood, similar to the samurai. However, the samurai follow the Bushido code of honor while the ninjas did not have any such thing.

There were two clans, the Iga and Koga clans in the modern-day Mie Prefecture that had entire villages dedicated to training professional ninjas. They were so good at what they do that the great Oda Nobunaga marked the Iga clan as a threat and almost completely wiped the area.

A famous ninja, Hattori Hanzo, was one of the ninjas from the Iga clan who survived and became a bodyguard for Tokugawa Ieyasu.

All of the activities are held at the Samurai & Ninja Museum Kyoto under the supervision of our watchful staff to ensure a safe and enjoyable experience for everyone.

The Samurai and Ninja Museum is located in central Kyoto, right by the famous and historical Nishiki Market in the Gion District.

When is the Samurai & Ninja Museum open?

Our museum is open with tours available every day from 10:30 am to 8 pm.

Are the katanas, shurikens, and other weapons used in the experiences real?

Our museum values your safety above all else. All the demo weapons are replicas and models. The only workshop we have available that uses real swords is the tameshigiri sword cutting experience.

Are the exhibits real artifacts?

Each item in the museum has been authenticated and is maintained well for your viewing pleasure. The items used for the experiences, however, are models and duplicates to ensure the safety of our guests and the artifacts in our collection.

Can I buy a real sword like a katana?

Yes! We sell authenticated swords at our museum. You can talk to us during your visit or contact us online using the emails listed at the end of this page.

What is the best way to experience the Samurai & Ninja Museum?

We have a variety of tickets with experiences for you to choose from! Our basic ticket includes an overview tour of the exhibits along with some basic experiences like wearing a samurai costume and trying out the ninja star throwing and blowgun. This package is perfect for you if you can’t decide on your tour yet!

Do I need to book in advance?

We welcome walk-in guests but we recommend booking in advance especially during peak seasons to avoid the crowd. Keep this in mind when you’re traveling in early April and mid-November!

What do I need to bring for my samurai and ninja experience?

If you have a reservation for us, make sure you bring an ID or confirmation so we can book you in! Other than that, you don’t need to bring anything besides yourself and your group. Your costumes and props will be provided by us.

Can girls participate in the samurai and ninja experience?

Both girls and boys are welcome to join in on the fun! Female warriors are valued as much as their male counterparts in the samurai and ninja clans, which you will learn about in our tour. We have costumes suitable for men, women, and kids of all sizes, along with unisex uniforms.

Check out our other workshops and classes!