Ikebana is the art of flower arranging that originates in ancient Japan. It is practiced as an art where flowers and other natural elements are placed in such a way as to embody harmony, peace, and beauty. Ikebana, also known as kado in Japanese, is considered to be the top 3 major forms of cultural arts along with Tea ceremony and calligraphy.

During the Heian period, the priests who took care of altar arrangements were called ikebono and they are the first known masters who developed the best way of arranging flowers. Ikebana has simple rules influenced by simplicity and minimalism in Buddhism. There are usually 3 types of main flowers: primary flower in the middle, the secondary flower right next to it and an ornamental flower down below. There are also 2 main types of vases: the wide and low vase called moribana and the tall thin vase called nageire.

Ikebana was born in Buddhist temples and has a close relationship to the philosophy of Zen. The ten connections between zen and ikebana are explained below 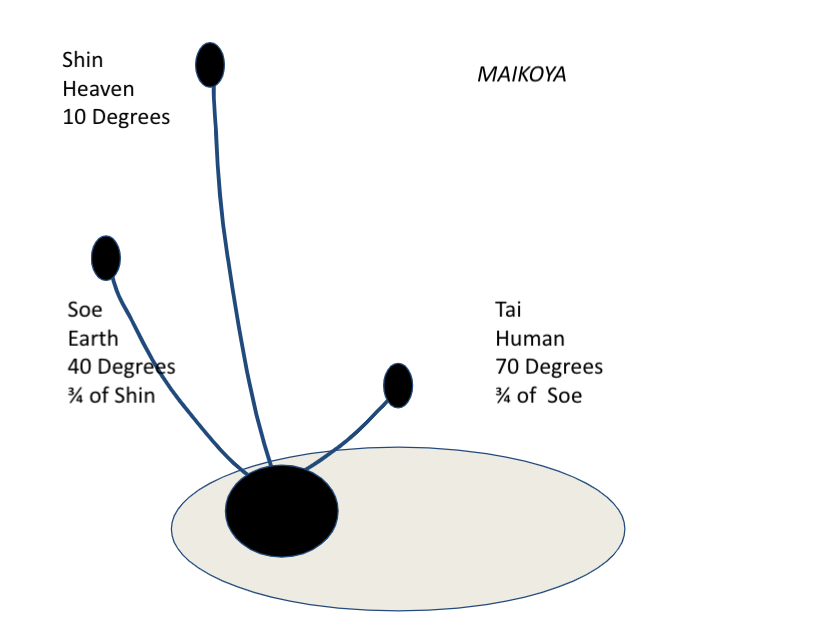 The most simple rule of ikebana is the rule of three also known as the most basic moribana style.

Ikebana has many rules and principles similar to other culture based crafts influenced by the zen philosophy. First timers are surprised to find out that each flower also has a meaning in Japan such as pines represent longevity, chrysanthemums represent the imperial family, lotus flowers imply purity of mind and body and many seasonal flowers like peonies and wisteria represent grace and beauty. Some people also think the middle branch in ikebana refers to Buddha but this depends on the affiliation of the practitioner.

Ikebana is vastly different from other types of flower arrangements in Western countries. Flower arrangement in the West consists of arranging flowers and other plant elements symmetrically in a vessel. Ikebana is fundamentally different due to its higher pursuit to develop a closeness with nature during the creation process. Here are the design elements Ikebana takes into consideration:

• Minimalism: Buddhist ideals of minimalism are at the core of ikebana. The natural elements put into the arrangements are like sculptures and should each have a purpose. For example, leaves should be chosen by how they complement one another and with the style of the finished display as a whole.

• Shape and Line: This element also has ties to Buddhism as all shapes and lines should be placed in a natural-looking position. For example, upright arrangements often made with branches that offer stiff, straight lines. This embodies a tree’s strength and rigidity. A slanting style of arrangement is made with softer elements by incorporating flowers and grasses that grow slanting down. This also gives a sense of movement and grace.

• Form: The final design of the flowers and other plant elements should be ‘found’ during the arrangement, rather than being planned and forced. It is said that you should find what is ‘already there’ in the flowers, branches, and leaves you have chosen. A typical ikebana arrangement emphasizes asymmetry and imperfection through the use of free space, uneven numbers, and a minimal number of blooms.

• Aesthetics: The overall feel of the arrangement should embody traditional Japanese values. A way to describe it is iki or ‘refined uniqueness’. A style that explains this is rikka or the ‘standing flowers’ style. This style uses seven branches to make or represent the beauty of natural landscapes such as hills, waterfalls, and valleys in their arrangements.

• Humanity and silence: Ikebana is said to also be an embodiment of the arrangement’s creator. It reflects the creator’s mood and personal journey with nature. A style I think embodies this is one with a moribana arrangement which utilizes the shallow bowl it is arranged in as a reflective pool. Finally, while taking part in ikebana you shouldn’t speak. This process should be a meditative activity where you are only focused on the natural elements taking shape in front of you.

The word Ikebana itself means ‘alive arranged flowers’ or ‘giving life to flowers’ in English. This cultural activity has origins in Buddhist temples as flowers were used for offerings as far back as the seventh century. Adding leaves and other natural elements into flower arrangements is referenced as an idea from another Japanese religion, Shinto. Shintoism believed all-natural elements as beautiful and spiritual, not just flowers. Ikebana became an art style in its own right during the fifteenth century as Buddhist monks began teaching others the rules of their flower arranging in order for others to create arrangements themselves.

As a result, Ikebana schools were formed, each having their own distinctive flair and style. The flower arrangements became a symbol of fine art in the homes of the aristocratic. It was during this time that styles like the nageire were associated with other exclusive cultural pursuits like the tea ceremony and haiku poetry. In modern times, other arts and design styles and techniques have influenced ikebana, but the fundamental principals have remained the same. The most important of these is that ikebana is still seen as a spiritual pursuit in helping merge the indoors and outdoors.

Start by looking at ikebanahq.org. Finally, there are many Youtube videos and web pages to assist you if you want to practice this art at home.