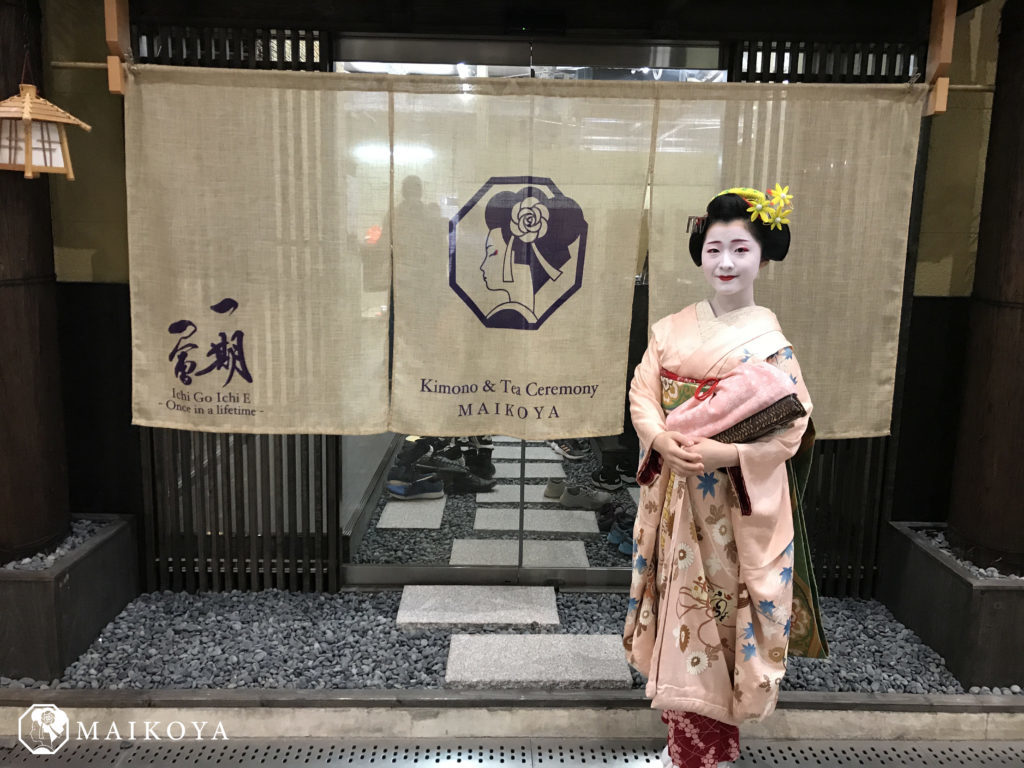 In the Muromachi period, when the SHOIN-DAISU Tea style was born, there was still no such thing as a truly independent style of the CHASEKI, and many were called such, including the meaning of the tatami room and the guest room. The TOGUDO (東求堂) in Ginkakuji can be said to be the most completed of these styles.

During the Warring States period to the Momoyama period, The tea room called “CHAZASIKI” or “KAKOI” had been created. In this way, the place where the people make the tea gradually evolved a different style from other buildings, and the like “SUKIYA” was born.

From the time of RIKYU’s teacher JOOH, the idea that the SHOIN style of architecture, which is a prestigious architecture that has been deemed attractive and used since the Muromachi period, is not suitable for tea ceremony. The “WABI” style was born, and JOOH and RIKYU were trying to move the tea room away from the structure of the SHOIN style building.

They looked for a simply, natural, and minimal composition in the “CHASEKI”. Then, they found the style of the CHASEKI in a common building made of earthen walls, using logs for the pillars of grass and KOKERABUKI, which are common in peasant homes and farmhouses in the town at that time. This is called SOAN style of the CHASEKI, and this seems to have been a big challenge from the viewpoint of the general architecture at that time.

In an era when Nobunaga and Hideyoshi were actively building extravagant gold and silver castles in the SHOIN style of architecture, Jooh and Rikyu built something that looked like a simple house and invited the powerful people of that time there. You can feel the depth of their feelings for the Tea ceremony because the guests were sitting all together in such a simple tea room and accompanied by a bowl of tea.