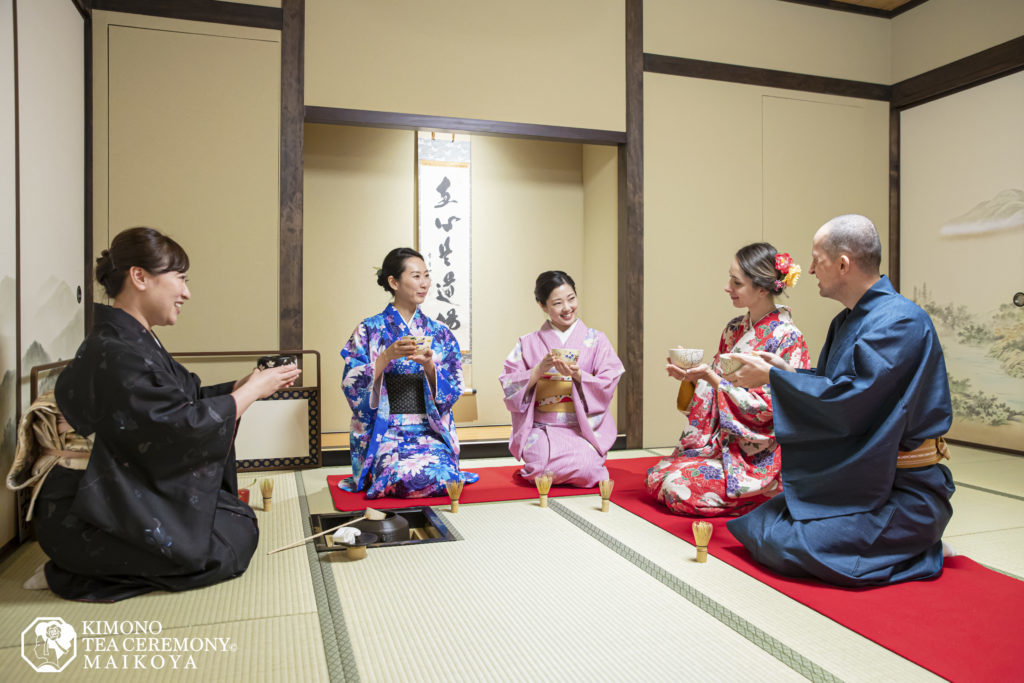 In order to perform a CHAJI (茶事) or formal tea gathering, the host or TEISHU (亭主)  first decides who to invite, but the SHOKYAKU (正客) or the most important guest is decided, and according to SHOKYAKU, TEISHU think and decide on other guests who are likely to have a good time together with SHOKYAKU.

And about one week before the CHAJI, the TEISHU sends an invitation to each of the guests, making sure to include the names, dates, and locations of the invitees in the invitation. In addition, depending on the situation, the TEISHU or host may decide to leave it to the SHOKYAKU or main guest, saying, “Please come with ~ people.” Invitations are traditionally written with an ink brush and sent out in an envelope, but nowadays they are abbreviated in various styles such as postcards written with a pen and telephones so on.

It is said that the smaller the number of people invited to CHAJI (茶事 ) formal tea gathering, the better, and 3 to 5 people are ideal, but I think that it is possible to have up to 7 or 8 people. As the number of people increases, it is difficult for the host to maintain sufficient hospitality, and kaiseki and other things also take time, and it tends to be delayed overall.

Officially, the invited person will go to the host’s house the day before or two days before the tea gathering, thank him for the invitation. This is called ZENREI (前礼) in the Japanese Tea ceremony, but nowadays many people do not bother to go out and reply by letter or phone. But if ZENREI is being followed, it is considered good manners to thank the host at the front door of their home during the visit instead of going inside. 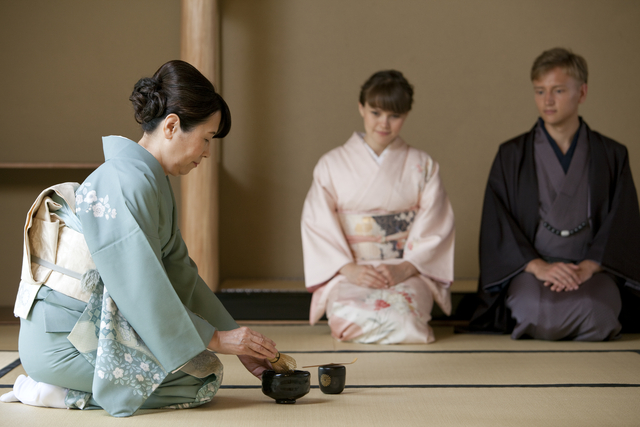 As a preferred outfit for the day, in the case of kimono, men should wear a general tea ceremony style such as  JUTTOKU (十徳) or HANTOKU (半徳), or wear MONTSUKI-HAORI-HAKAMA (紋付羽織袴), but this is taken off indoors. Western clothes are fine, but choose something that isn’t too flashy, and avoid jeans and other items that are too casual. Women wear MONTSUKI (紋付) or a plain MUJI (無地) plain ones.

Since the Japanese tea ceremony is based on “WABI”, it is better not to wear clothes that are too flashy, and avoid accessories such as rings, necklaces, gold sashes, and perfumes. Be sure to remove jewels and metals as they may damage tools such as bowls. Also, if you add perfume, the consideration of the incense burned in the tea room will be ruined.

Items in the Tea Ceremony

When visiting the tea ceremony, you should bring a pair of TABI or the socks for Kimono (replacement socks). It is rude to enter the tea room with the socks that you walked outside in, so change to a clean one. A SENSU or folding fan and one unit of KAISHI paper, which is a small, bi-folded Japanese paper that can be carried in your bottom pocket, are usually brought to the ceremony as well.

The KAISHI is said to have begun during the Heian Aristocracy, and it is used for various purposes such as notepaper, handkerchiefs, tesh, and stationery. The size is different for men and women; for men, it is larger, and for women is what you usually see used commonly to hold Japanese sweets. 30 sheets make up 1 unit, and you usually carry it in this unit.

The FUKUSA (帛紗) is normally used for the procedure, but it is also used for the appreciation of the tools that have been put out. so be sure to bring it with you during the Japanese Tea ceremony.

The KOBUKUSA (古帛紗) is used when you have KOICHA/thick tea or when you appreciate the tools.

The CHAKIN (茶巾) was originally made of hemp, and it is used to wipe the bowl after having KOICHA/thick tea. Currently, some are made of paper. Before you join the tea gathering, moisten them in advance.

The SODEOTOSHI (袖落とし) or sleeve drop isA bag for bringing back trash such as leftovers left over when you receive kaiseki.