Nara is the first capital of Japan. Unlike Kyoto, it is now a quiet town and a great place to feel the ancient history of Japan.  There are about 1,500 sacred deers strolling around the town.  They welcome you eagerly as they are waiting to be fed by you.

Nara is a large prefecture and has a lot to offer. Todaiji Temple and Yakushiji Temple to name a few. Horyuji is the oldest Buddhist temple and became the 1st World Heritage Site to be registered in Japan in 1994. My favorite is Muroji Temple, but it takes a whole day to get there. Mount Yoshino in the southern part of Nara is one of the best places to see cherry blossoms in early April.

*During the early ages of the Japanese empire, there was no permanent capital, and the capital used to move after an emperor died. It was the first time in the early 700’s that this tradition was abandoned in Nara, making it the oldest capital of Japan.

From Kyoto: Take the Kintetsu Line from Kyoto Station. If you take an express, it will only take 35 minutes and cost 1,160 yen.  Alternatively, if you are traveling with JR Pass, you might want to take a JR train, but JR Nara Station is located further away, and you need to walk 20 minutes more.

From Osaka: Take Kintetsu Line from Namba Station. It will take 40 minutes and cost 570 yen.  Alternatively, you can take a JR train from Osaka Station. 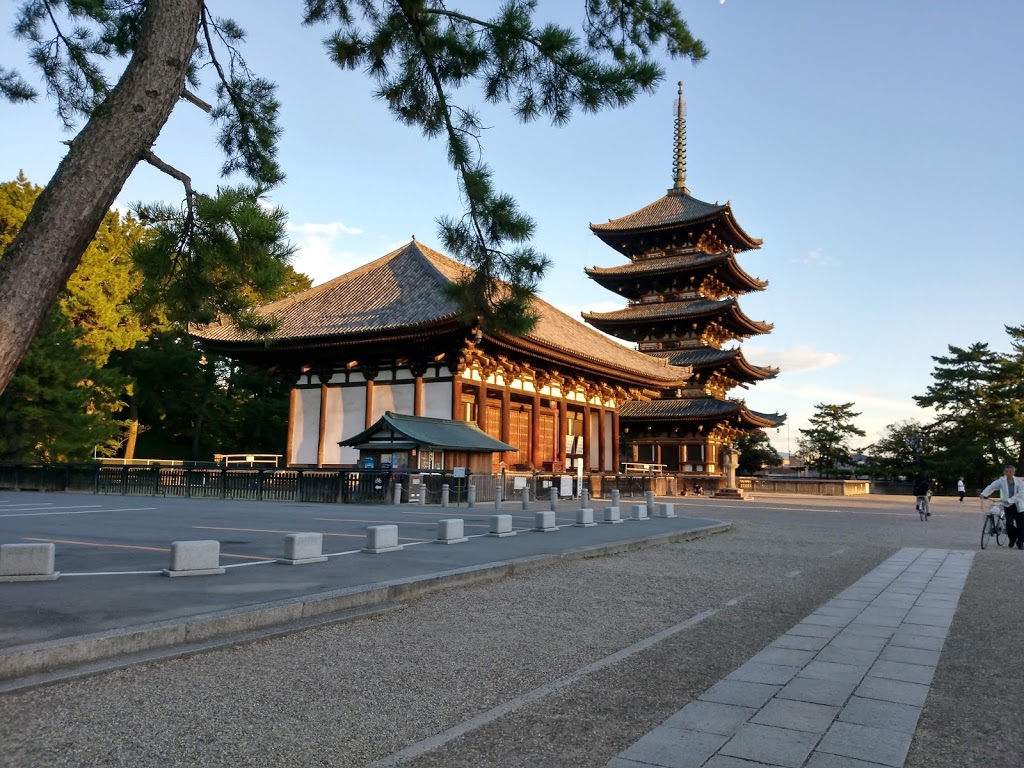 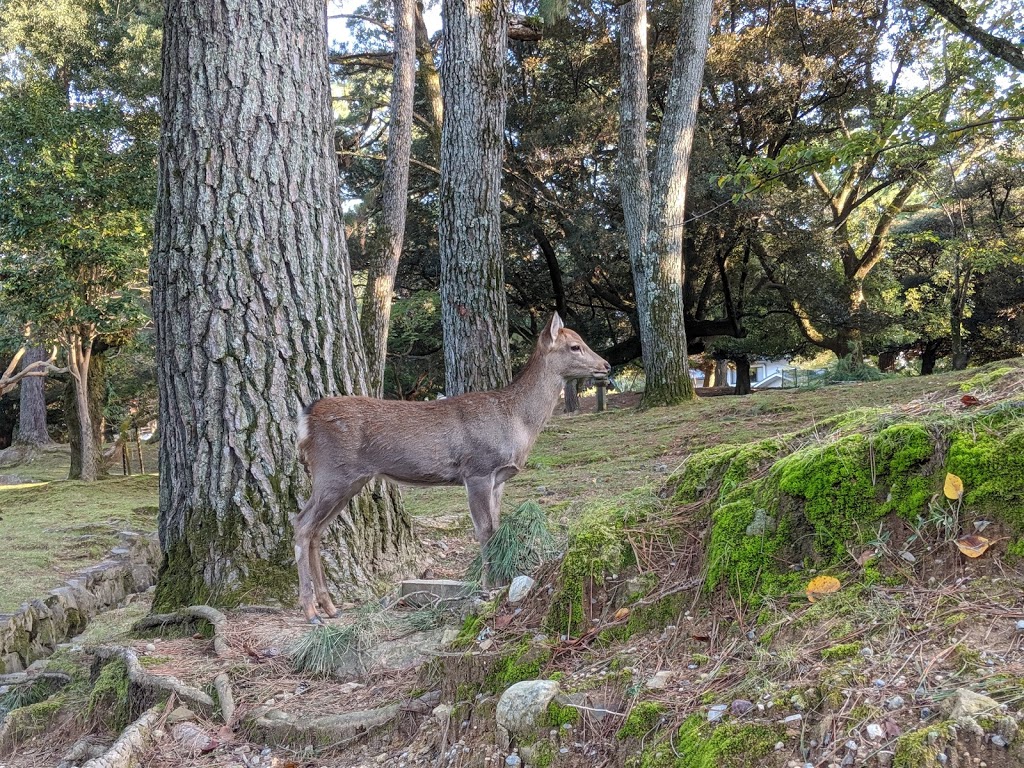 Nara Park starts at the end of the Kofukuji Temple.  You will start to see many deer strolling around.  They will come after you especially when you have deer crackers in your hands, which you can buy at 150 yen from ladies at stalls.  Please watch out as deer will eat anything out of your pockets and bags.  Also, please be careful not to let them eat plastic bags as they could die. Deer are seen sacred in Nara.  The number of deer is counted every year. 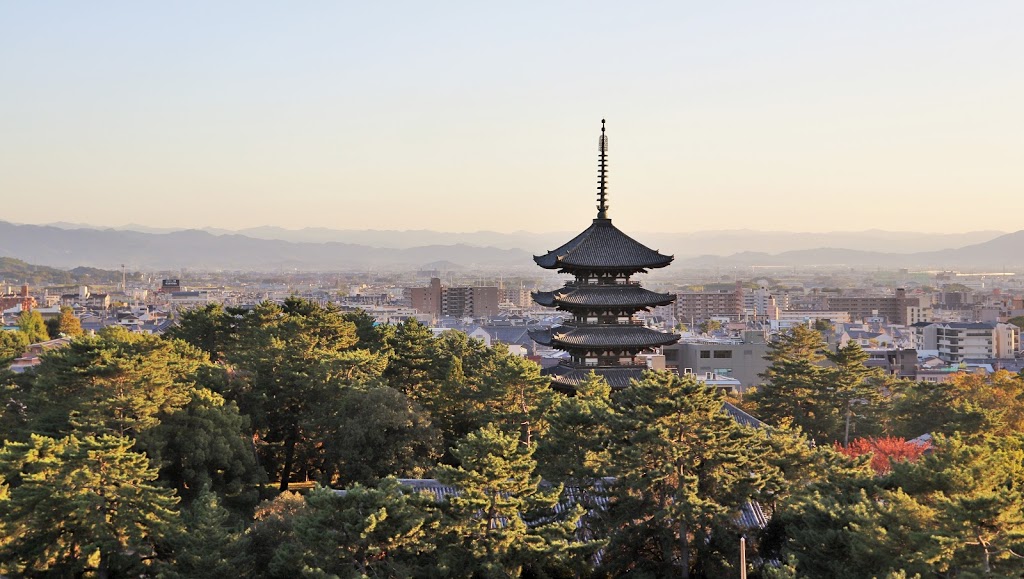 You can go up to the roof of the Nara Prefecture Office, and it is free! It is a great place to see the geographical location of Nara, to see Kyoto in the north and Osaka in the west. There is a telescope you can use freely on the western side. See if you can spot the trace of the old capitol site of Nara.

There is no security check in this office.  You would be surprised to be able to visit the Governor’s Office without any questions being asked. On the 6th floor, there is a canteen for civil servants who work there, but it is also open to the public. It is cheap and has a nice view of the city. 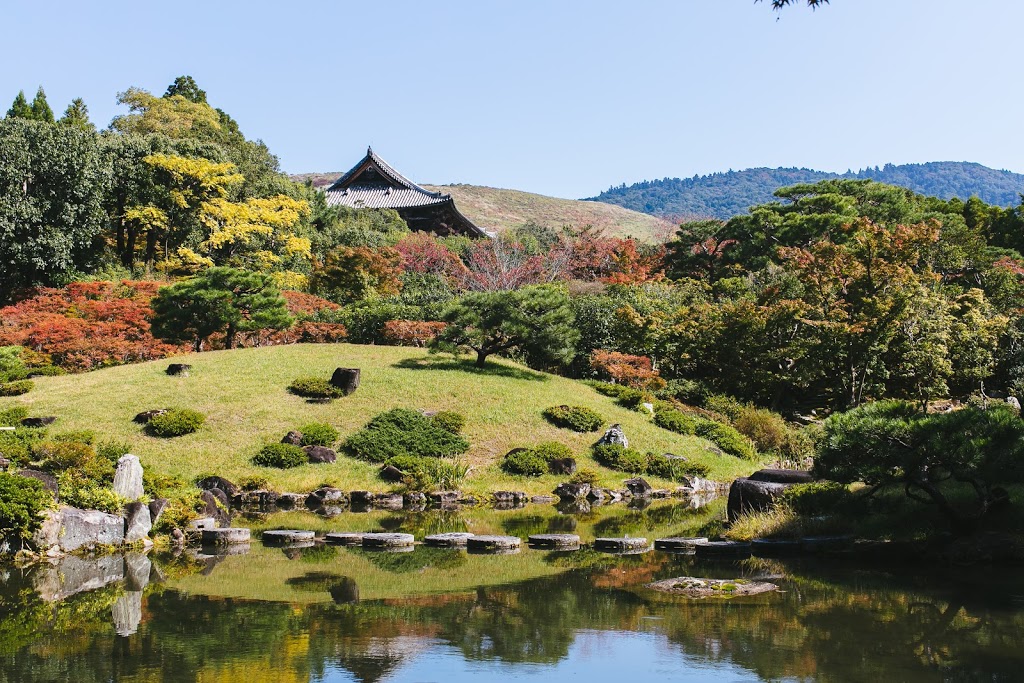 Probably the best Japanese garden in Nara.  You can enjoy two different types of gardens built in two different periods.  Costs 1,200 yen to enter.  At Sanshu teahouse, you can have lunch and a bowl of green tea.  Closed on Tuesdays. A visit to the Neiraku Museum of Art near the entrance is included in the entrance fee. You must take off your shoes to enter. 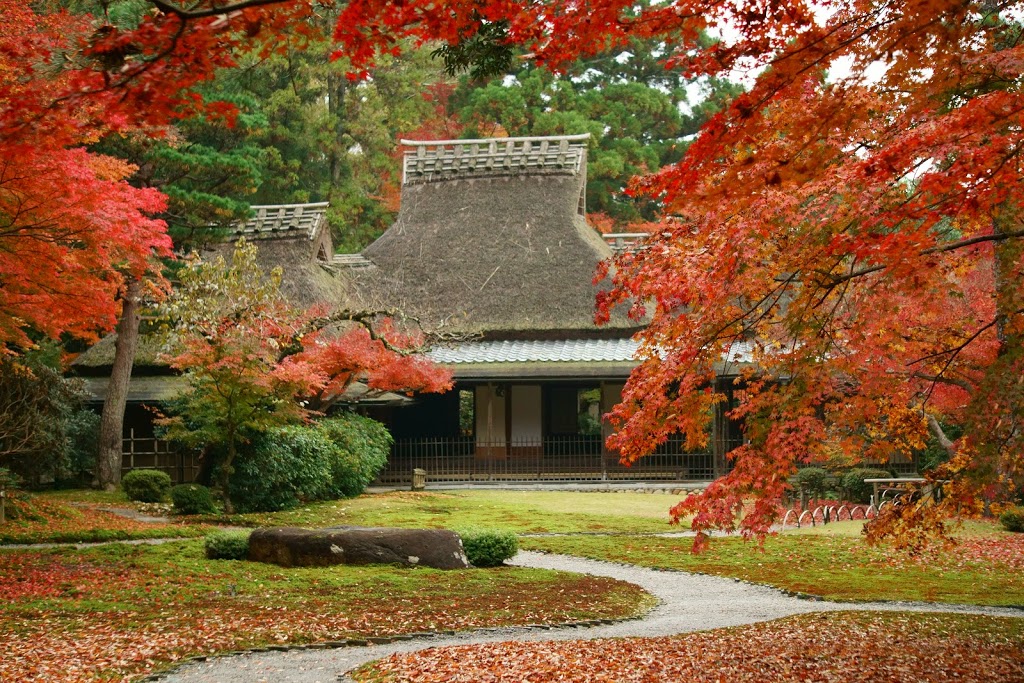 Alternatively, you can visit another garden next to Isuien for free.  It is free only for overseas visitors(You have to show your passports if you are not with a guide) even though they charge for Japanese tourists.  Not fair! 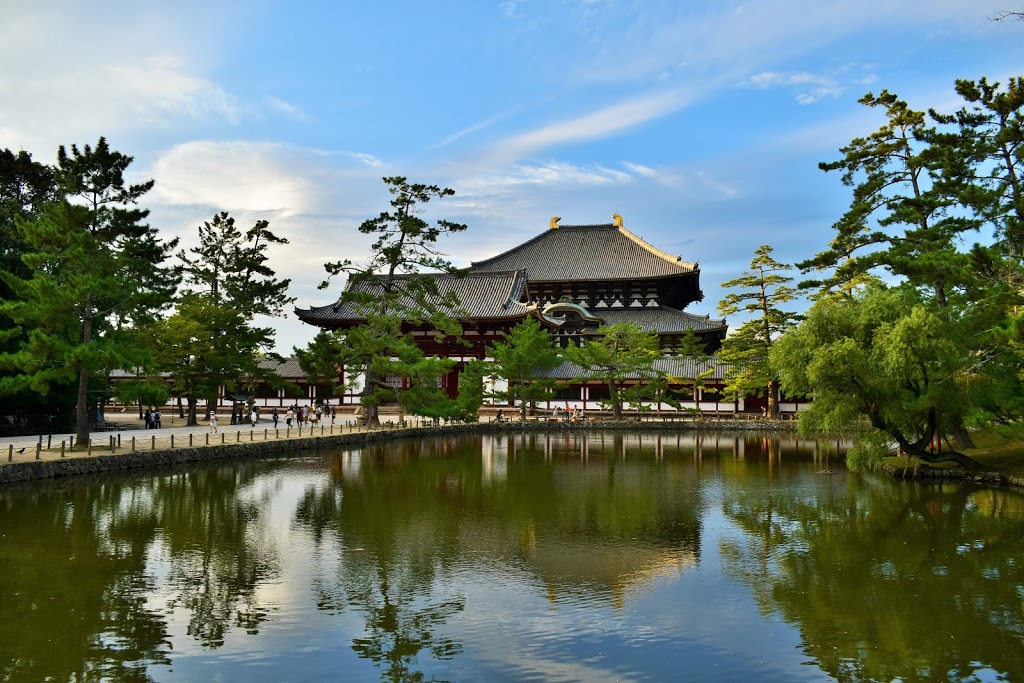 Visiting the Great Buddha in Todaiji(East Great Temple) is the main reason many people visit Nara for.  Unlike many temples which prohibit taking photos of sacred statues, you can take as many photos here.  The temple was originally established in the middle of the 8th century but burnt down twice.

The present one rebuilt in the early 18th century is the two-third of its original size, but still one of the biggest wooden structure buildings in the world. Todaiji has a separate entry route on the side for wheelchair travelers. 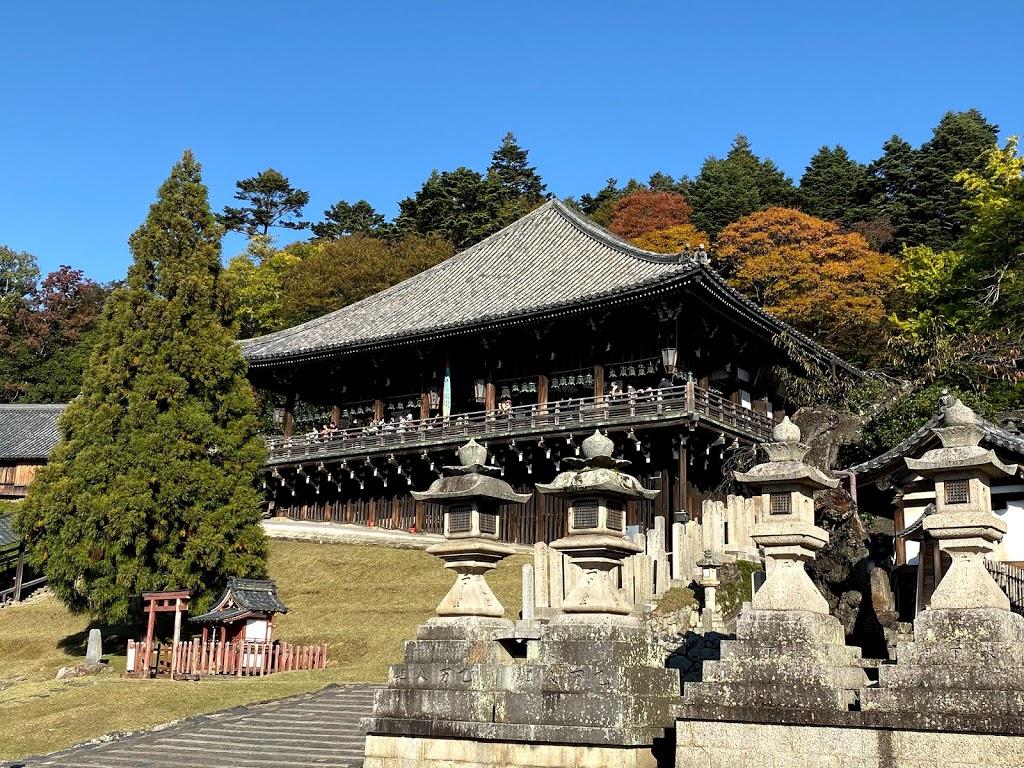 If you are strong enough, I recommend you to walk up to many stairs to Nigatsudo Hall. (If you are not adventurous, you may take an easier route to Kasuga Taisha Shrine or stop at Nara National Museum.)  On the way, you can look at one of the largest temple bells in Japan.  From the verandah of Nigatsudo, you can overlook the Nara basin.

For the first two weeks in March, the special ceremony called Omizutori(the Water Drawing Ceremony) takes place here.  This ceremony has been continuing since year 752 without stopping. (Yes, it was done in 2020, too.) 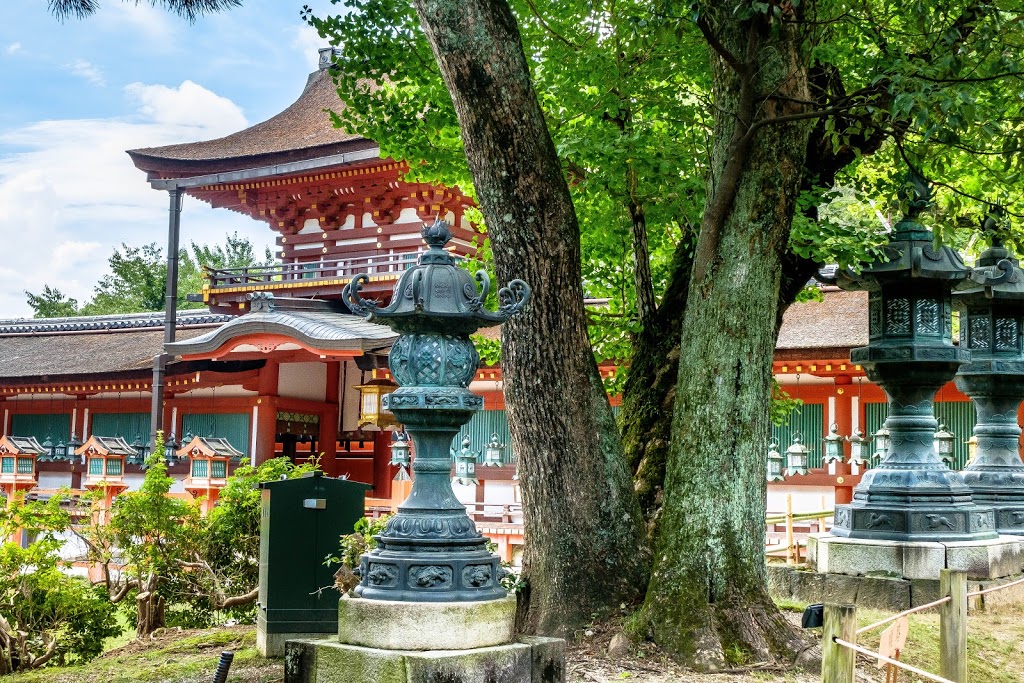 Founded in the early 8th century, the people of Nara have always worshiped four deities enshrined at this temple for centuries.  There are picturesque 2,000 stone lanterns and 1,000 hanging lanterns.

Deer in Nara are seen as messengers of gods at Kasuga Taisha Shrine.  You can see the large Deer Pen between the 1st and the 2nd Main Torii Gates.  Every autumn, they perform a deer antler cutting ceremony there. 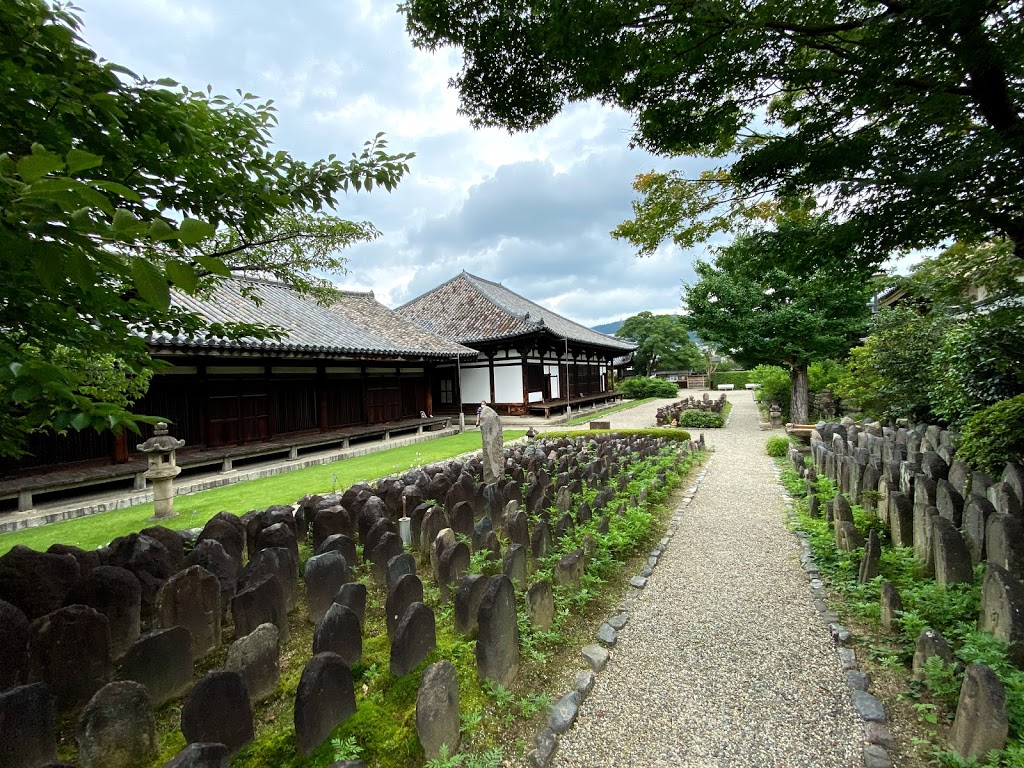 It is an old section of Nara and has many traditional houses and small shops.  Even though it is a good walk from Kasuga Taisha Shrine and Todaiji Temple, it is relaxing to stroll around the area before heading back to Kyoto or Osaka.

There are two old traditional Japanese houses you can go in. Also, if you want to see more temples, another world heritage site Gankoji is here.

Many Japanese traditions started in Nara.  Buddhism, Calligraphy, Tea ceremony, you name it.  Sake-making also started in here, and you can have a tasting of some sake for 500 JPY at this one of the oldest sake breweries in Nara.

They give you a sake cup to take home as a souvenir.  Their flagship’s sake is called Harushika, meaning Spring Deer, so make sure to try one.

One of the most popular meals in Nara is called Kaki no Ha Zushi, pressed sushi wrapped in a persimmon leaf. Also, Narazuke is a popular vegetable pickle in sake lees which is Nara is famous for.  It has a strong smell and taste, and you may or may not like it.  Chagayu is another dish Nara is known for.  It is a congee cooked in green tea.

If you are near Todaiji Temple, go to Yumekaze Hiroba which has about 10 different places to eat from hamburgers to a bowl of buckwheat noodles. My favorite is chicken rice individually cooked in a pot(\1,200) on the second floor of Tenpyoan.  However, the place can be very crowded during lunchtime, and it takes about 20 minutes for the meal to be prepared.  The sweets they serve are also delicious as this café is managed by the Japanese sweets shop downstairs.

If you are near Kintetsu Nara Station, go to Higashimuki Shopping Arcade starting just by the station. There are many restaurants from tonkatsu, tempura, izakaya, ramen to okonomiyaki here.  If your tongue is becoming homesick, there is even MacDonald’s.  My favorite is udon noodle restaurant Kamaiki.

After your meal, you can walk down the street, and you may see a crowd of people gathering in front of Nakatanido, performing pounding rice cake.  They have only one kind of rice cake with mugwort, and you can buy freshly-made ones.