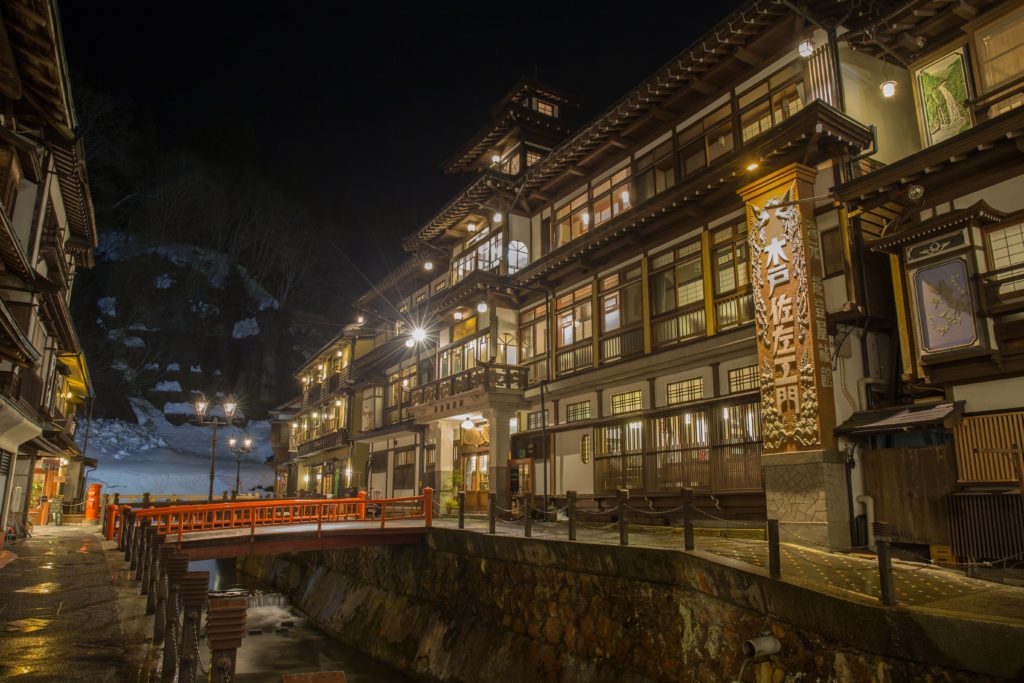 Ginzan is an area located in Obanazawa that lies on the Yamagata Prefecture. Its reputation is known for the onsens or the hot spring baths. These hot spring baths started to boom during the age of silver mining in Ginzan. It is also where it got its meaning, which is “silver mine hot spring.” The location is surrounded by mountains, making it a wealthy source of natural hot spring waters used by accommodations and communal baths in the area.

Public baths are often found in traditional inns, but the town offers this feature itself, and in other areas, these public facilities are advertised for private use. Areas in the town also give its guests free foot baths. Other ryokans open their onsens in the daytime where non-guests are welcome to experience the iconic hot spring baths inside their premises. 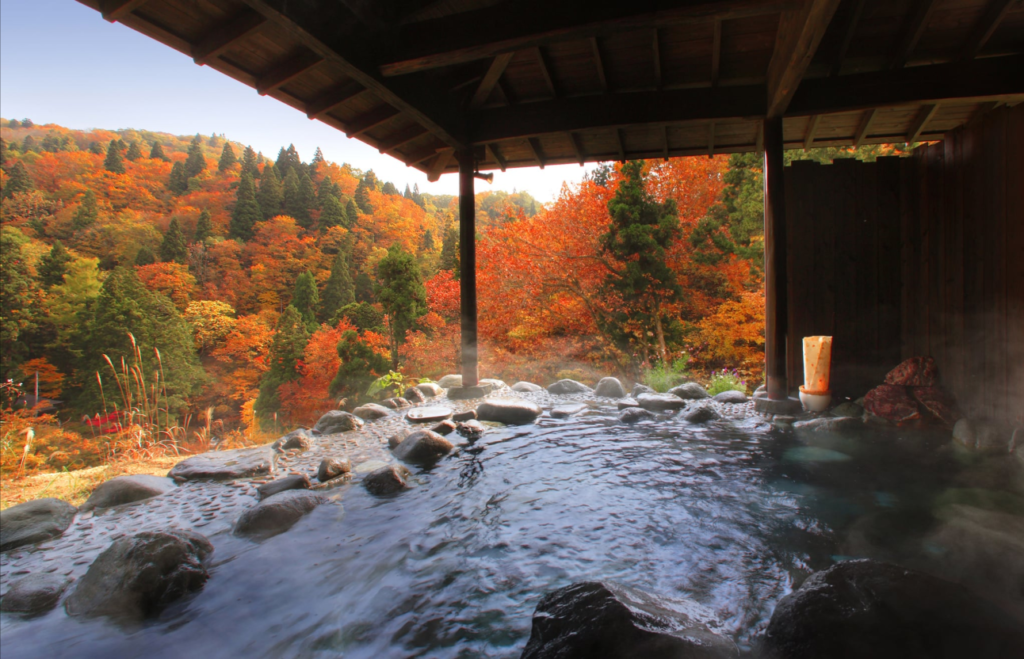 Fujiya Inn is an onsen where guests can visit during their stay in Ginzan. It offers five types of hot spring baths that can be used privately by families and couples. It is considered one of the top accommodations in the area and was also featured in “Oshin”, an NHK television drama. Another hot spring resort that tops the area is Takimikan. It features open-air baths situated in high spots and was also featured in the same television show. Ginzanso also shares the screen in “Oshin” along with other top ryokans. It served as a set for the show, where, in real-time, guests can also stay the night during their travel.

Outside their premises, guests are welcome to explore the Haikara-san Street which is famous for its curry bread, which is sold for a reasonable price. It is best to be bought quickly as it often gets sold out, leaving none for the evening. Another place of recommendation to try food is the Nogawa Tofu Shop, a special recipe having over a hundred-year history. This leaves no wonder why it has won the praises of its loyal customers. The location of Ginzan can be reached by rental car or a train ride coming from Oishida Station.

Ibusuki is a city in Japan that is known for its hot springs. When in the area, guests can visit quality accommodations for a rich cu
Japan Travel and Culture Guide

Gero is a city located in the mountainous areas of Japan. The place is known for its
Japan Travel and Culture Guide