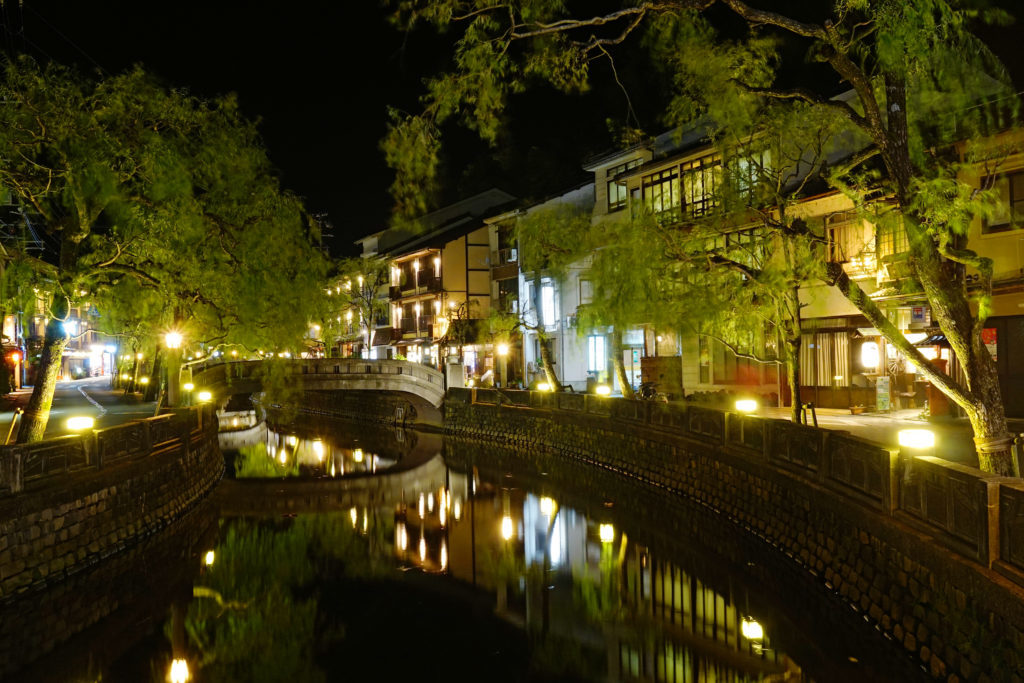 Kinosaki district is a resort area in the north of Kyoto and is a part of the expanded city of Toyooka in the Hyogo Prefecture. Being known as an Onsen town, Kinosaki has a history that spans for 1,300 years as of 2020 with seven public bathhouses: Kounu-yu, Mandara-yu, Goshono-yu, Ichino-yu. Yanagi-yu, Jizou-yu, Satono-yu—all of which are within a quick scenic walk of each other, where one could pass by the cherry blossoms and weeping willows. This short distance between the bathhouses was intentionally made as Kinosaki Onsen was built around the idea of the town being one large ryokan.

Tourists staying in any of the ryokans in the area are even offered daily passes to some of the public onsens. Kinosaki even has a temple, “Osenji” which was built in 738 AD, with its history rooted deep in the town’s hot spring waters. Kinosaki is considered as an ideal place for a first-time visit to an onsen town as it’s known to be tourist-friendly, with English translated signs and less strict when it comes to tattoos and body art. Kinosaki Onsen can be accessed from Kyotango Station and Kyoto Station.

One of Kinosaki Onsen’s ryokans is Nishumuraya Honkan. With its 150-year history, it is considered to be the top ryokan of the area, with traditional Japanese rooms lined with tatami mat flooring and futon bedding, and its Japanese garden. The structure also displays elements of European and Chinese influences. Dinners of the inn feature beef and crab. Its breakfast is prepared in Japanese-style and is served in guest rooms. Nishumuraya Honkan Kinosaki Onsen offers hot spring baths for its guests and encourages them to visit famous locations like the Kinosaki Museum during their stay.

Kinosaki is famous among locals as the town of fresh and delicious crabs. Many locals go there during the winter months just to enjoy the crabs. Locals also enjoy boiling their own eggs in the hot onsen water and then eating those tasty eggs known as onsen tamago. For those who have some extra time, it is advised to take the Kinosaki Ropeway to the summit and watch the city from the top. If you travel there by car, you’d be glad to visit the Kinosaki Marine World Aquarium where you can catch a fish in a pond and have it served to you in a fish sandwich.

Kinosaki is not near downtown Kyoto but you can get there by a direct train ride from downtown Osaka which takes around 2 hours.