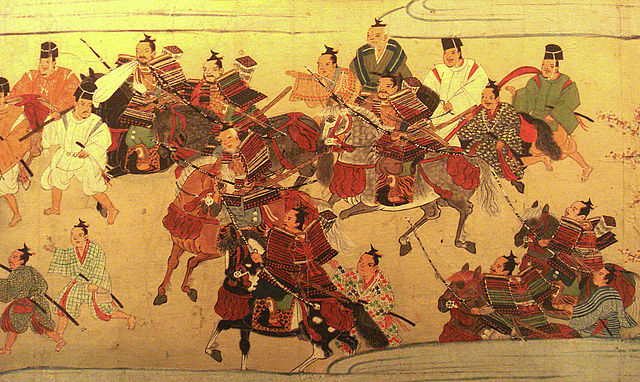 The samurai during the Muromachi Period

The Onin war by Utagawa Yoshitora (1852)