What is the Code of Bushido?

Bushido is the way of warrior, the codex of Samurai during feudal Japan which promoted the importance of loyalty, honor and martial arts. The Bushido philosophy refers to not fearing death and dying for valor. It is sometimes criticized for disrespecting human life. 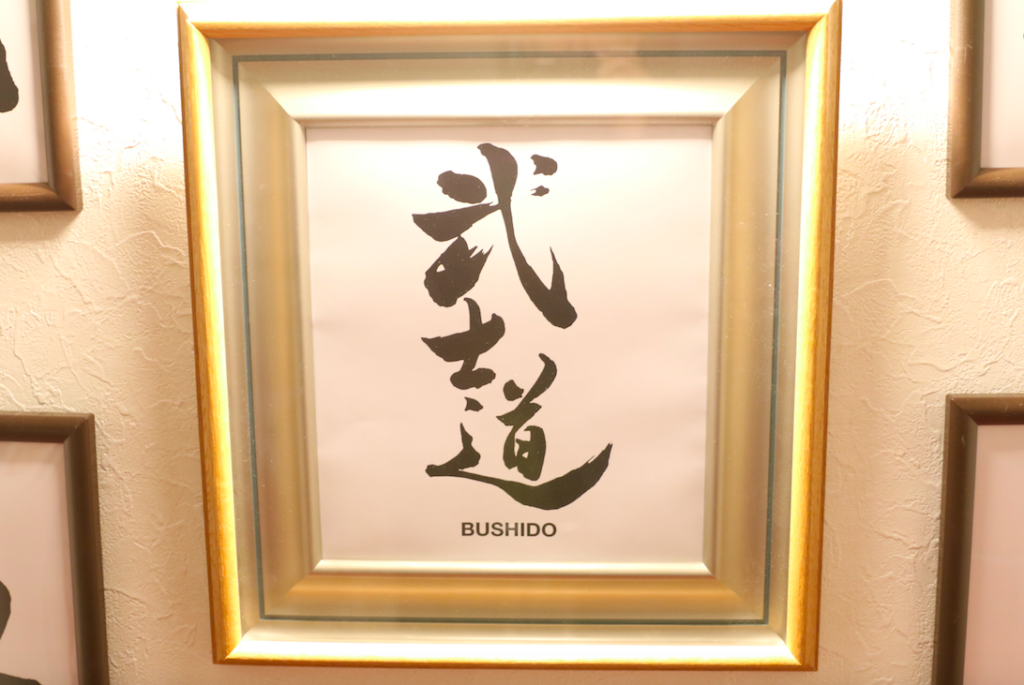 Rules of Bushido displayed at Samurai Ninja Museum in Kyoto

According to Inazo Nitobe’s book Bushido, the lives of the samurai warriors were ruled by 7 principles called Bushido.  These 7 rules were Righteousness, Loyalty, Honor, Respect, Honesty, Courage and Consistency. 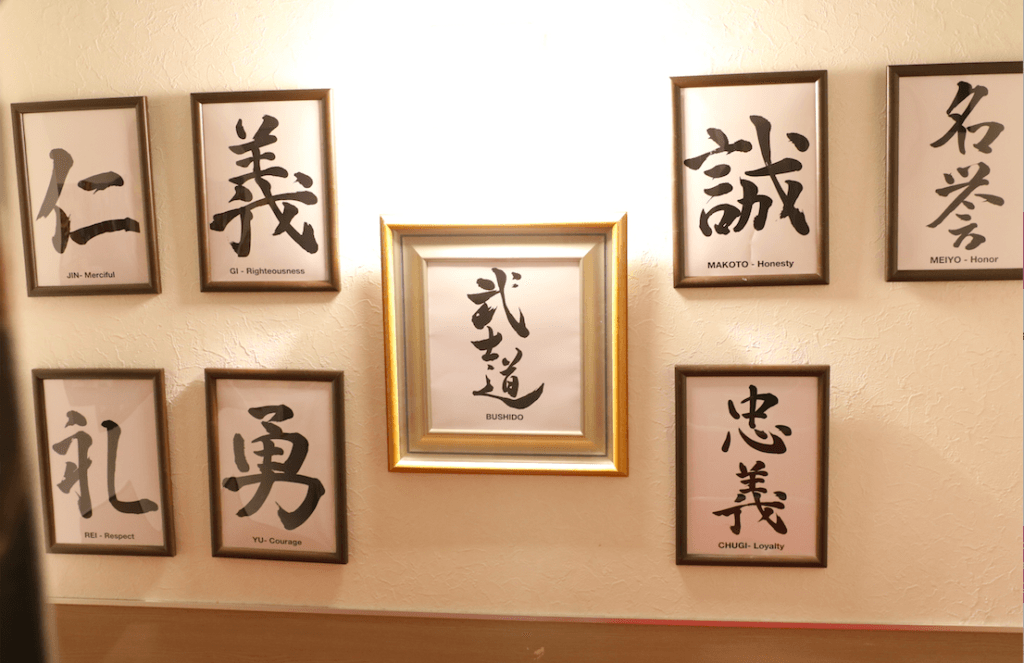 The Book of Bushido

Bushido always existed and reflected on the harakiri and seppuku of samurai for centuries. However, the term was put together in the early 1900’s by a Harvard Scholar Inazo Nitobe who was coming from a samurai family. Some criticized this book as a propaganda tool for the suicide attacks during the WW2. Some of Nitobe said were

Bushido and not fearing death

One of the most important aspects of Bushido is accepting the fact that samurai will die in a battle field and the day of death may come very soon. The life of the samurai resembles the life of a sakura tree: it is beautiful, glorious but short lived. The book of Hagakure is the earliest record about Bushido that talked bout the triviality of death as follow

In the year 1600, the largest army in Western Japan left Osaka and started moving north to fight against Tokugawa. The Fushimi Castle of Kyoto, which was controlled by a Tokugawa ally Mototada, was on the way. Mototada’s castle was surrounded by this army who is the enemy of Tokugawa but put still up a big fight. They resisted for days with no help from outside. However, the castle eventually fell and Mototada was killed. His men, around 380 samurai, did not want to surrender. So they ended their lives in a Bushido way. So many samurais committed seppuku (harakiri) in the same room. 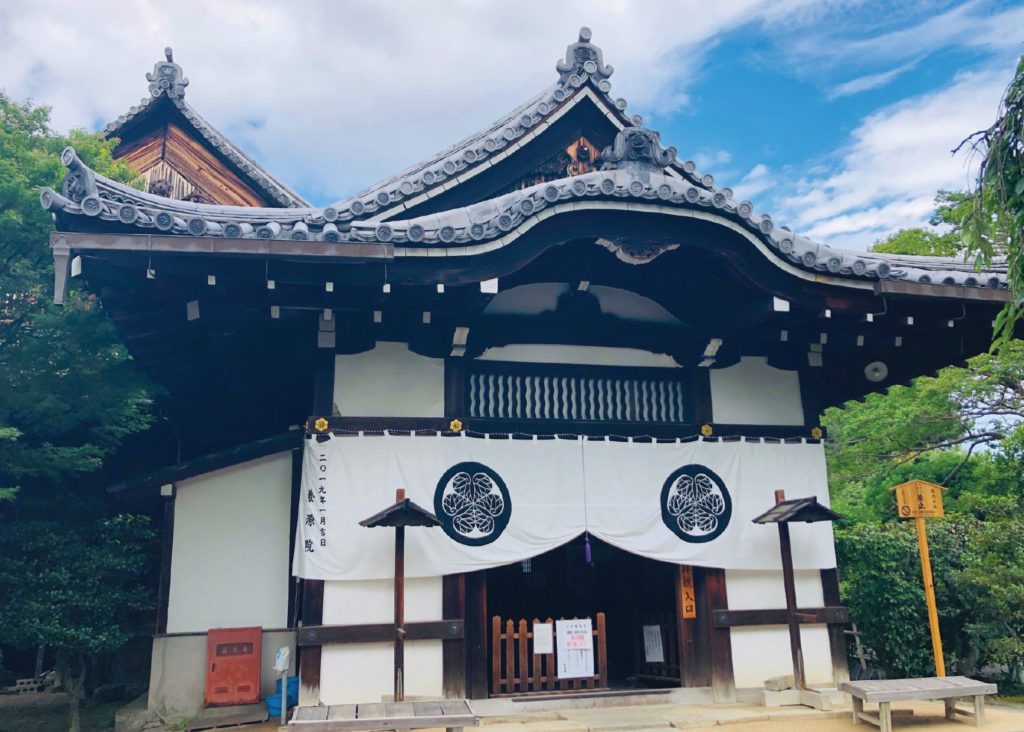 This temple is right across from the Kyoto Station and near Sanju San Gen Do. 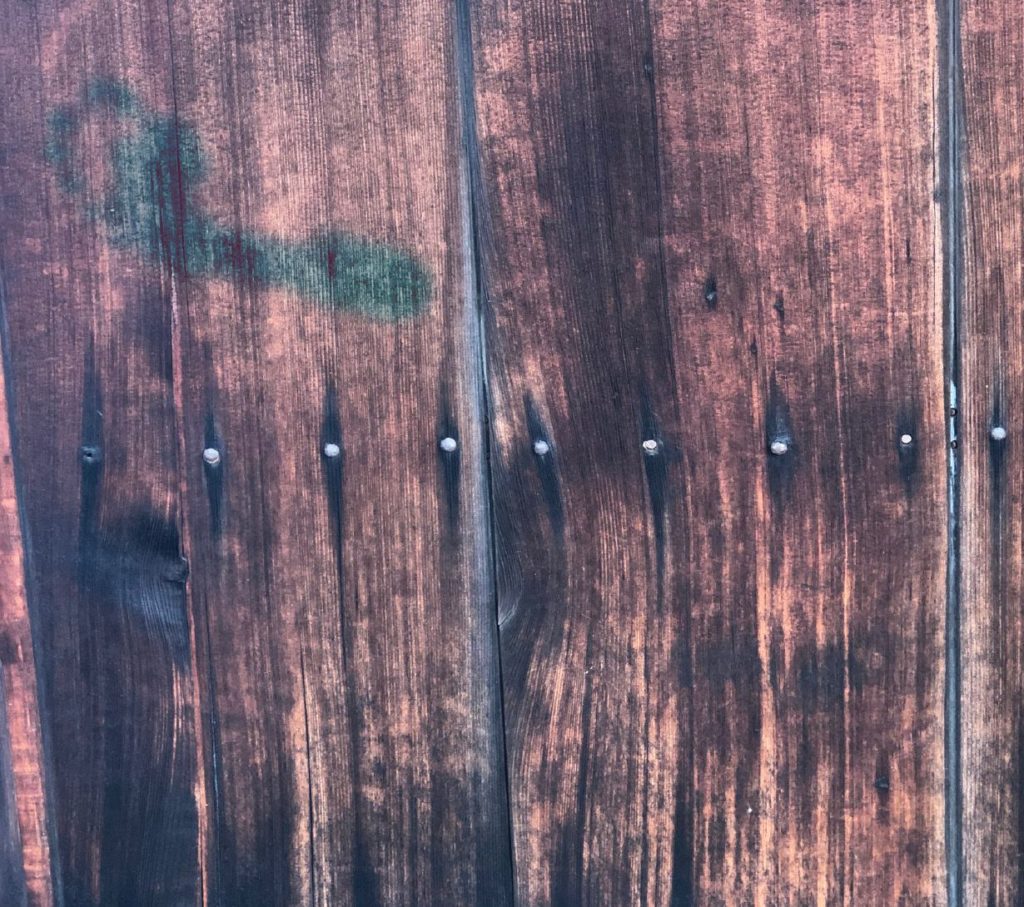 The blood was all over the floor and the castle was destroyed. Tokugawa Ieyasu asked locals to pick up the wooden pieces soaked by the samurai blood and distribute them to 7 temples in the vicinity so that people can pray for those who de-ceased. Yogen In, which is not far from Kyoto Station has blood ceilings similar to what is shown in this picture. Yogen In also has many pillars and wooden structures that were originally used in the Fushimi Castle.

The true story of 47 samurai perfectly summarizes the bushido values of loyalty, honor, and persistence. This is the incidence where 47 samurai were charged with seppuku for avenging their master. In 1701, Asano, a daimyo representing the Ako region, was insulted by a powerful official from the Tokugawa shogunate while visiting the Edo castle. The official, Kira, insulted him because Asano had not bribed him. Facing a series of insults, Asano could not hold his temper and assaulted Kira wounding him in the face. In just a few hours Asano was judged and sentenced to seppuku because he attacked a government official in the shogunate. His execution was held on the same day.

The “oniga-wara” on the roof tiles of the Sengakuji temple. The temple is near the Shinagawa bullet train station. 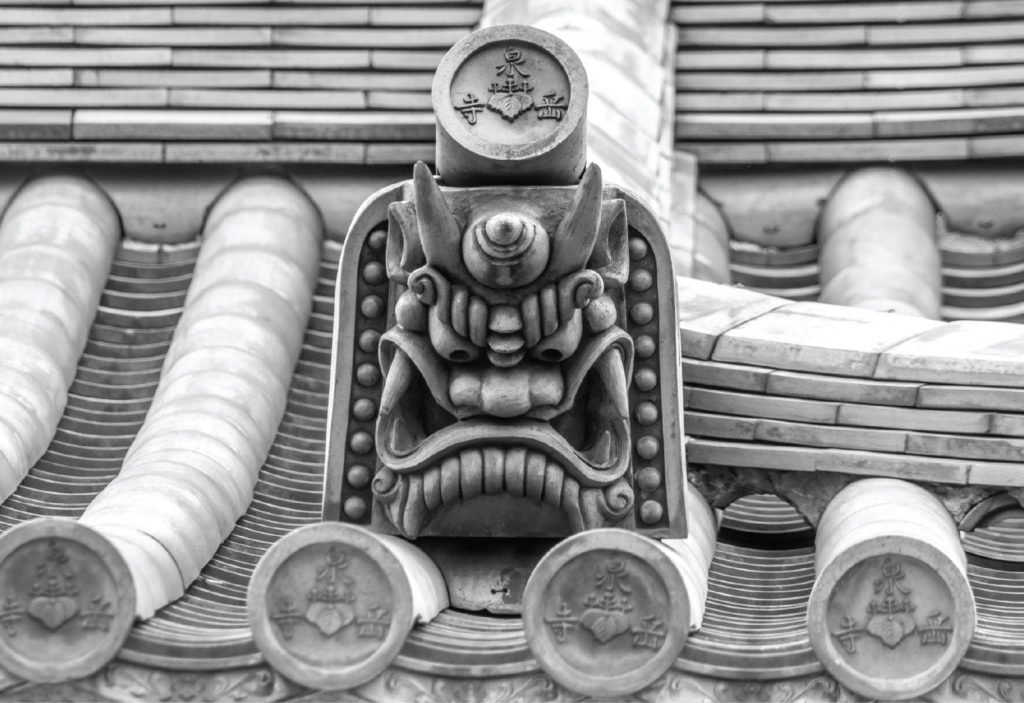 The cemetery of the 47 ronin who were forced to commit seppuku. The cemetery is in the Sen-gokuji Temple. 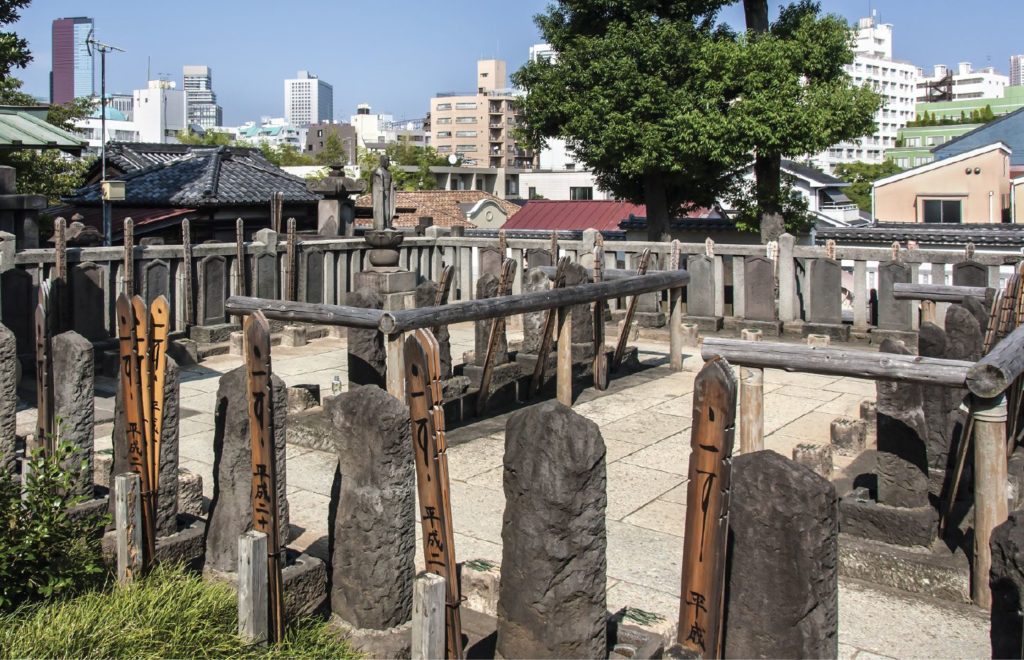 Asano’s 47 men sworn an oath to avenge their master knowing that all of them would be executed if they touched Kira. At the same time, they were suspect-ed to do something for revenge and they were followed by the spies of Kira. The leader of the 47 samurai spent some time in Kyoto and reportedly visited the Ichiriki Chaya Geisha House on Hanamikoji Street. After waiting a year and a half, the 47 samurai finally attacked Kira’s residence in Edo. They captured Kira and killed him with the same word used for their master’s seppuku. They returned themselves in and the government decided all of them must end their own lives by committing seppuku (harakiri).

The youngest ronin was let go to maintain the samurai blood and to tell what happened in Edo to the people of Ako. The graves of the ronins are located in the Sengakuji temple near the Shinagawa station of Tokyo. Every year in mid-December there is a special commemoration event held at the temple.

In his book of BUSHIDO, Alex Bennett emphasize the 3 distinct time periods in the history of Samurai where the meaning of Bushido Changed

Many scholars proposed that the book of Nitobe was used as a handbook for the Imperial Army soldiers to increase their nationalistic views and eliminate their fears of death so that they can easily perform the kamikaze attacks. Even nowadays karo-ishi (death from over work) is tied to the Bushido spirit where one must obey his/her superiors without judgment and put the company honor above everything. The following excerpts are from O. Yukie’s thesis