Are there still samurais in Japan?

Not really. Although more than 5% of the Japanese population can trace their lineage to the samurai families, they are ordinary citizens with ordinary jobs who don’t carry a sword and who don’t know how to use a sword. They also never brag about having the samurai blood because in today’s society it’s been considered a bit irrelevant. In the 1870s the han system (the feudal clan system) was abolished, and the ken (the local government system) was installed. The annual salary of the samurai (3 tons of rice) was suspended, their land was confiscated and they were prohibited from carrying arms and armors. Therefore, the samurais lost their jobs and tried to find new jobs. Some become office workers, bankers, military or police officers

How can you become a Samurai?

In the Edo era, samurai’s life was ruled by the shogunate, therefore the only way to become a samurai was to be born in the samurai family, adopted by a samurai family with the permission of authorities, or get married to a samurai.
However, in the warring states period, some talented peasants eventually became samurais. After Toyotomi Hideyoshi banned the peasants from carrying swords in the 1590s, it was almost impossible for someone to become a samurai.

How did the samurai armies fight?

The samurai armies did not have one big group. The army consisted of multiple sonae (regimen) consisting of 300~800 warriors. Within each sonae there were several “kumi,” a group consisted of about 20~30 men. The whole army was led by So-Daisho (daimyo), the sonaes were led by samurai taisho, the ashigaru (foot soldiers) were led by ashigaru taisho, kumis were led by kumi gashira. Each sonae had ashigaru archers and arquebusiers on the front line followed by ashigaru spearmen, followed by low ranking samurai, and followed by mounted high ranking samurai.
The war used to start by ashigarus shooting arrows followed by the pikemen ashigarus slowly advancing towards the enemy. The samurai then used to attack the rival forces and their actions used to determine the result of the war. The daimyo led the war from all the way back giving the commands to the regiments communicated by the men called gunkan.

Were there female samurais?

Yes! If you were female born in the Samurai family, with no male heir or your relatives had no ability to be a samurai, then you needed to rule the family and serve for your masters. Additionally, when a samurai died in the battlefield his wife must have protected the household which required strength and training. It so said, about 5% of the warrior were female in the warring age. There are also many famous female samurais such as Tomoe Gozen who fought in the Genpei War (1180~85). The legend goes that she was so strong that she could battle against 1000 men alone. Most Japanese are familiar with the white-skinned brave fighter Tomoe Gozen.

Why does the samurai mask have a mustache?

If you were born in a samurai family, you became samurai when you were around 13 years old. Once you become samurai, you were sent to the battlefield, if you did not have any face cover, the opponents could easily recognize you as an unskilled warrior. To prevent this from happening, the samurai wore masks and intimidated their opponents.

What were the weapons of the samurai?

The first samurai were the mounted archers, the bow and arch were very important for the samurai though they were mostly used for hunting in the past 400 years. When a baby samurai was born he was given a small bow and arrow to convey a wish for the health and success of the baby boy. The asymmetric (so that the samurai can shoot by kneeling) Japanese bow is known to be the longest in the world. 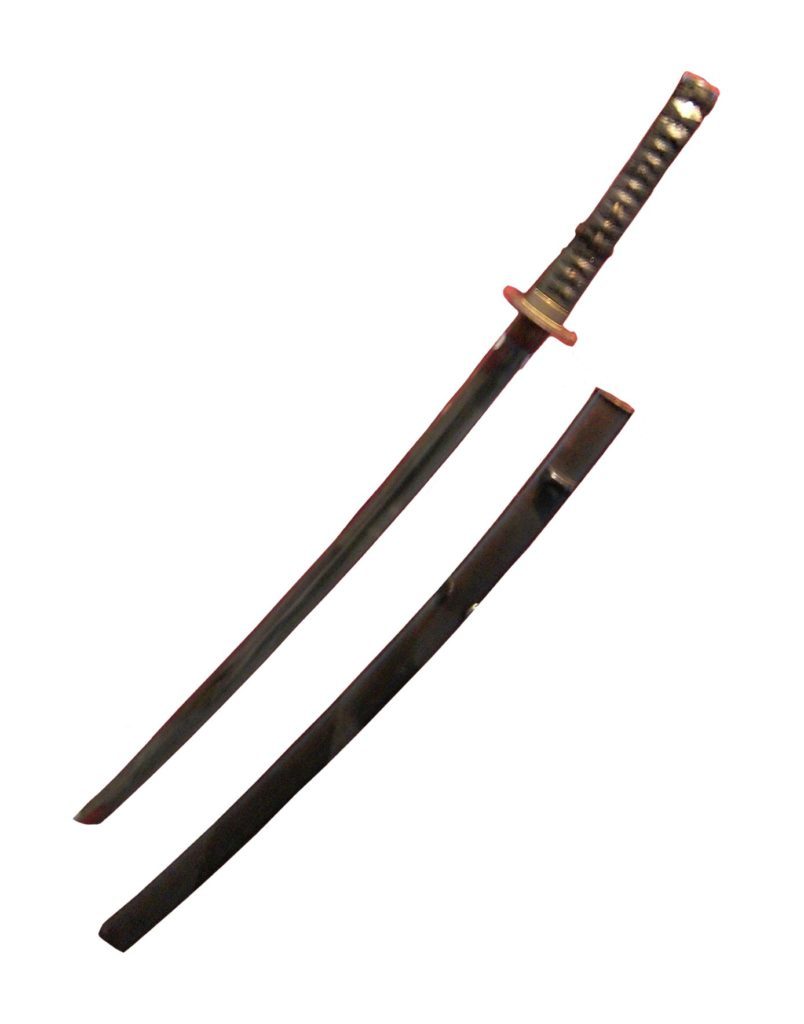 How did the samurai train?

Once you were born in the Samurai family, you held a wooden sword in both hands before you have chop sticks and needed to practice sword fighting from early childhood. When you become 5 years old, you needed to practice sword fighting with other children in the clan taught by swordmasters or someone in your family members. The samurai kids were given real wakizashi around the age of 7 and sent to live in a sword master’s house around the age of 9. Samurai boys were sent to the battlefield at the early age of 13. Samurai did not practice any of the modern martial arts (karate, judo, etc.). Their practice is most similar to kendo or iado (sword fighting by using bokken).

Why did not the shogun kill the emperor?

Emperor was considered to be the son of a god who can communicate with many gods. If Shogun wanted to change or kill the emperor, he needed to find someone else to become the new emperor. Shogun could not have become an emperor even if he killed the emperor. Because the shogun was not an Emperor but a military leader.

Were the samurai the best warriors in the world?

The last war the samurai got involved in was fought 420 years ago (The Battle of Sekigahara in 1600) and the last armed conflict took place about 380 years ago (the Shimabara rebellion in 1639). Being a samurai was more about honor and principles, not necessarily the fighting ability. The most famous swordsman, Miyamoto Musashi, was actually a ronin, a low-level samurai. Contrary to the common view, the samurai actually did not usually fight in the front rows, in the front rows, there were foot soldiers “ashigaru” (who usually carried the rifles after the 1550s). Behind them, there was a different level of foot soldiers who carried very long spikes. Behind them the cavalry, or the samurai who were mounted swordsmen. Contrary to the common belief, the katana was rarely used in the battles because it gets dents so easily and it cannot kill a samurai with an armor. Most of the time, the samurai threw stones at each other or used spears with spikes to pull the enemy from their horses. When the enemy lost balance, then the samurai took out their dagger (tanto) or wakizashi to stab from the points that are not covered by the metal armors (belly, the corners of the torso, etc.).

Why did the samurai commit “seppuku” (harakiri)?

Although the word harakiri is in Japanese, the Japanese word for ritual suicide is seppuku. The samurai cut their belly off because they believed the spirit rested in the belly. Seppuku is done if a samurai is disgraced, heavily wounded, or shamefully defeated. Since it is very painful, the samurai cannot cut the belly all the way; a few moments later another samurai (kaishakunin) who is standing behind finishes the job. There are two kinds of seppuku: the one where the samurai voluntarily commits the act and the one where he is charged with the seppuku (e.g. the case of 47 samurai). In the latter case, the samurai wears a white kimono, writes his death poem, gets his last meal where the last plate has a blade without a handle. After halfway through, the kaishakunin chops the head but only 60% to make sure the samurai’s head does not roll on the floor (not honorable) or fly away and hit someone. In the end, it looks like the samurai is holding his head in his hands.

How did the Samurai fight with heavy helmets?

Samurai leaders or feudal lords wore decorative helmets that can weigh up to 10kg. These men stayed at the intrenchment, and gave commands. So that their men needed to recognize the leader from the distance. This was especially important in the battles where many rifles with heavy smoke were used. The actual warriors wore simple and lighter helmets.