The main Japanese musical instruments that existed since the Heian Period are the lute (also known as biwa in Japanese), the Asian stringed instrument named “koto” and the big Japanese drum called taiko. Taiko was also used in battles by the samurai to communicate with clan leaders and intimidate the enemy. During the peace period shamisen became popular. Shamisen is the Japanese guitar played in kabuki and bunraku performances. Traditionally the strings of shamisen were made out of silk and the body is covered by snake skin or cat skin. The most well-known Japanese folk song is called sakura-sakura which talks about how beautiful the feeling of the cherry blossom in Japan is.

Nothing beats an experience of beating a taiko drum on an arcade game called “Taiko no Tatsujin” wherein players can play the taiko drum in sync with music. The original message behind the beating of Taiko drums in ancient times is to offer prayers to the gods for a bountiful harvest, and because the powerful sound of a strike on the taiko can be heard a number of kilometers away, taiko drums were also being used to communicate as a signal to the soldiers in the battlefield. 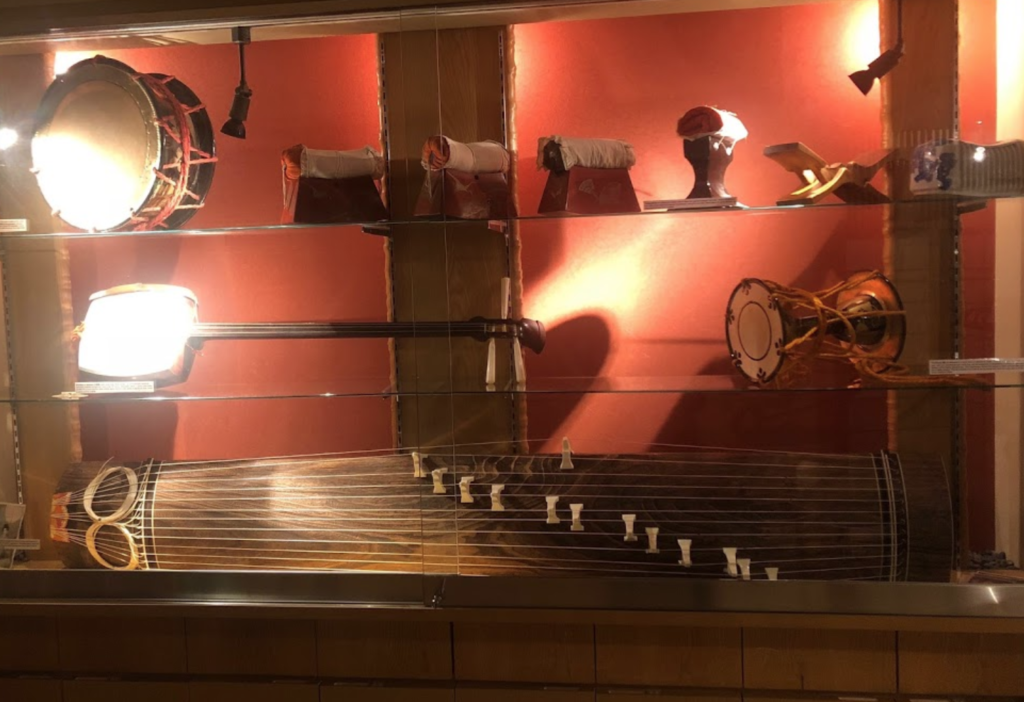 Japanese Musical Instruments. Taiko on the top, shamisen in the middle, the “koto” instrument at the bottom, displayed at the Gion Geisha Museum of Maikoya

The koto is a 13-stringed musical instrument that you can play by plucking the strings with a finger pick or thumb pick, and with the guide of a music sheet entirely written in Kanji characters, you’ll be able to create serene koto music. In Japan, a well-known koto music composition, entitled Haru no Umi (Spring Sea), is typically played to welcome New Year  so if you happen to be in Japan at that special time of the year, then there’s high chance of hearing it especially when you’re having a scrumptious meal at a Japanese restaurant. 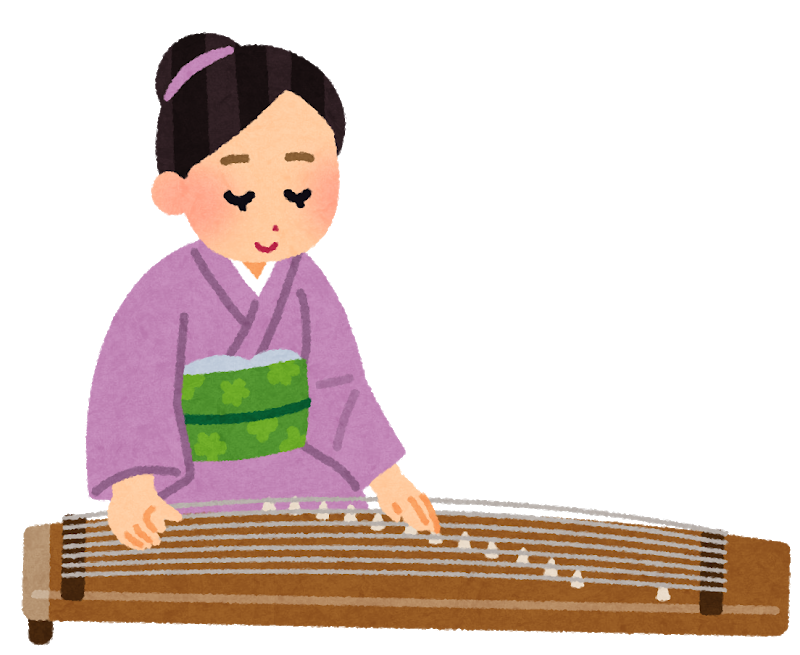 The mainland Japan’s shamisen (三味線) is a three-stringed musical instrument often confused with Okinawa’s sanshin (三線) because of its similarity in appearance. One way of easily spotting the difference is the cover on the instrument’s body : snakeskin for sanshin, and skin of cats for shamisen.

If you’re mind is clouded and you want to feel calm, try listening to shakuhachi music! Shakuhachi is a japanese bamboo flute and its music sounds so soothing for the mind that it’s good for meditating. 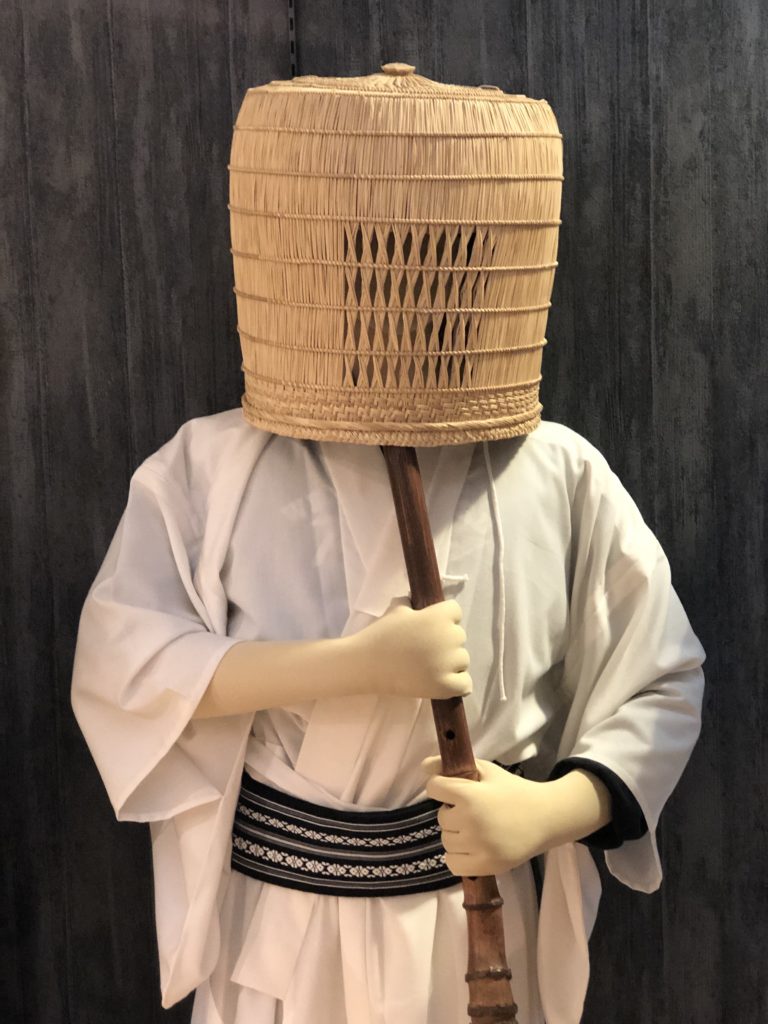 The typical biwa is  a four-stringed lute that generally has an instrument length size of 60 – 106 cm, and with a teardrop-shaped lower body. Because it is played with a bachi instead of a fingerpick, the sound of every string plucked is a bit wider and powerful.

If you’re familiar with Ukulele, then you’ll be definitely interested in Sanshin (三線), a traditional musical instrument with Kanji characters that literally means three strings, is originated in Okinawa located in the Southern part of Japan. The sound played with ukulele and sanshin is closely similar despite the difference in the number of strings (Ukulele has 4 strings and sanshin has 3 strings), as well as the difference in playing with cords. In ukulele, you can play it with cords but in sanshin, you can play it with music notes CDEGA one at a time only.