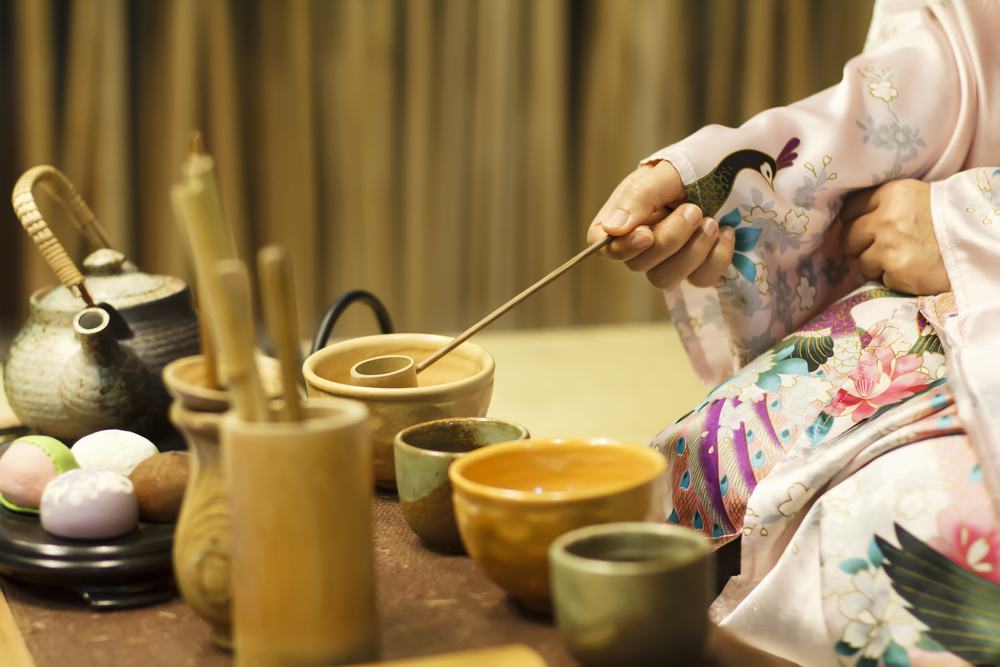 As part of Rikyu’s seven rules for the spirit of the Japanese tea ceremony, these are the last two:

Rikyu says that when having tea, one has to have the intention to be calm and ready to accommodate any situation that comes up, always keeping in mind to be prepared, not just for rain or changes in the weather.

The day before the ceremony, Rikyu visited his son’s house, but unfortunately, Doan was absent. The family members were busy working and preparing for the event. Rikyu entered the tea room and sprinkled ashes in the furnace and around the furnace side without the hearth and returned home. After that, Doan returned, not surprised by Rikyu’s actions. He immediately relaid the tatami mats and prepared the stove for the guests.

The next day, an invited guest asked Rikyu, “Isn’t it a little too early for the tea in the stove this season?” Rikyu praised, “I don’t hate the stove in all four seasons. Today’s owner is learning the tea ceremony well,” he explained as follows.

Doan’s function of accepting and dealing with Rikyu’s mean acts serves as a lesson in being prepared. It is important for those who learn tea to have a free and honest heart, which is calm as a soft heart that can respond appropriately at any time. 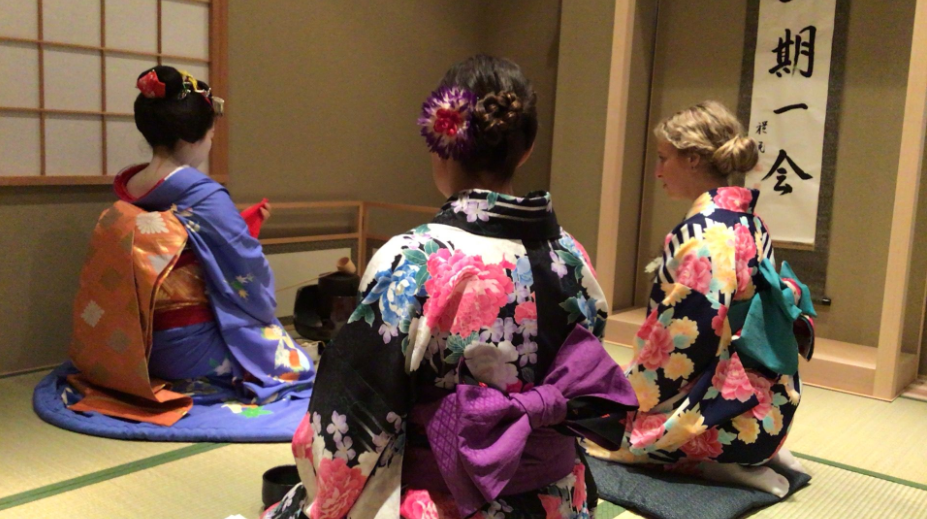 It was when Rikyu held a tea ceremony with a merchant named ZENIYA-SONO as a regular customer.

There, a person named KIMURA-HITACHI NOSUKE, a daimyo, asked: “If a tea ceremony is being held, and this is embarrassing, I offered to add myself to one of the guests.”

Rikyu replied that a regular customer, Sono, was having the Tea ceremony that day so Hitachi no Suke was allowed to sit at the end. Hitachi no Suki joined the group at the end without any hesitation at the last minute and enjoyed a relaxing Tea ceremony.

According to the manners of Soan, like the people of the world, and the clear breeze of the holidays (Rikyu), all the Kisho performed the intention of the open field, and it was better than the Kiyonori of the temple.

As written by Kimura Shigekorem, a great lord under Hideyoshi, if any person in power has already decided on a regular customer, he will be seated at the end of the table as a matter of respect and reverence. As soon as the Tea ceremony was held, Rikyu’s majesty behaves without special treatment of the person in power, keeping the spirit of tea.

In addition to that, it is moving that a warrior named Hitachi no Suke enjoyed tea while sitting calmly as the last guest.

There are two spirits in this story: One is the idea of ​​the tea ceremony that human beings are equal, and the other is “Keep in mind the customers” in the seven rules of Rikyu. It is “Wakei” that both the host and the guest respect each other and have a good time.

This time, I would like to talk about Rikyu’s Seven rules, which are often heard in the tea ceremony. “Make the tea good to drink.” “Lay the charcoal so it boils the water.” “The flowers should be as they are in the fields.” “In summer suggest coolness, in winter wa