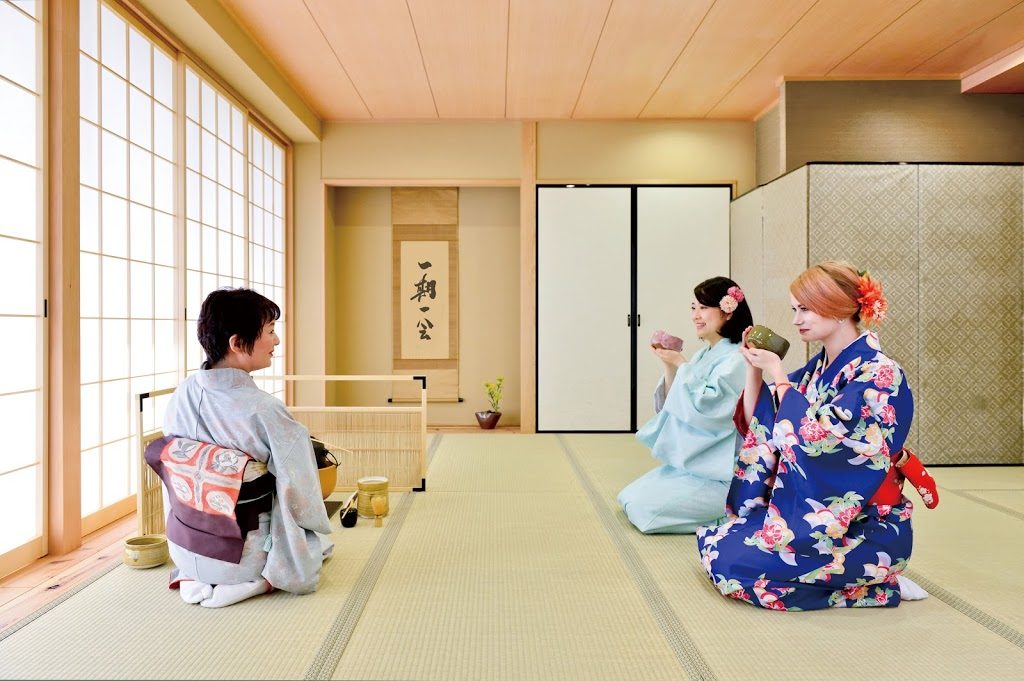 Japan has four beautiful seasons, spring, summer, autumn, and winter, In the Tea ceremony, it can be divided into the “炉/Ro/Sunken hearth” season and the “風炉/Furo/Brazier” season. It is said that the time to put out the Sunken hearth is “when the yuzu is colored …” and the time to change to the Brazier is “when the time bird is singing …”. In fact, yin and yang have a lot to do with that.

“The time when Yuzu is colored” is the time from autumn to winter. “The time when the lesser cuckoo crows” is the time from spring to summer. When divided into yin and yang, autumn-winter is “yin” and spring-summer is “yang”. As I mentioned in the previous blog, it will be easier to understand if you apply the facts of “existing underground ⇒ shadow” and “appearing on the surface of the earth ⇒ yang” to the two seasons.

The “Sunken hearth”, the so-called hearth, is cut under the floor, and the “Brazier” appears on the tatami mats, where you can see the yin and yang itself. In Yin and Yang sprit, it can be wet = yin and dry = yang, so moist ash (yin) is put in the Sunken hearth (yin) and the dry ash is put in the Brazier (yang). In addition, it is a rule to use moist incense “NERIKOU/練り香” in the season of the Sunken hearth and dry incense “KOUBOKU/香木” in the season of the  Brazier.

In the early stages of the Tea ceremony, it was a style called “Shoin Daisu no Cha”, in which a Brazier and a  tea powder container were displayed in the Shoin, but later they were displayed in the Daisu, and the method of making tea was gradually completed.There are also the Ying-Yang Five Lines on Daisu.

And in the Sunken hearth, the five lines appear as they are, such as the wood on the 炉縁/Robuchi/sunken hearth frame=木, the fire of charcoal=火, the soil of the hearth=土, the gold of the pot=金, and the water in the pot=水. 炉開き/ROBIRAKI/The opening of the Sunken Hearth is said to be “Do it in the first Pig day of the Pig month in the Lunar calendar.” In terms of the five elements, the Pig is a furnace that puts fire in, so it is thought that it is also a pray for fire by pouring water on it to balance the yin and yang.