Zen is difficult to define but it refers to mindfulness and the idea that simple actions may lead to the awakening of our spirits. There are a lot of similarities between the main principles of tea ceremony (harmony, respect, tranquility)  and the philosophy of zen (mindfulness, transience, acceptance). There are a lot fo similarities between how tea ceremony is conducted and the basic practices of Zen. Tea ceremony involves following dozens of prescribed steps so that one does not have to think about the next step and gain inner peace while performing this ritualistic activity. That is why tea ceremony cannot be considered separately from the zen. Tea ceremony also has the values of vabi sabi (natural, simple and minimalistic things are better) which are deeply embedded in Zen Buddhism. 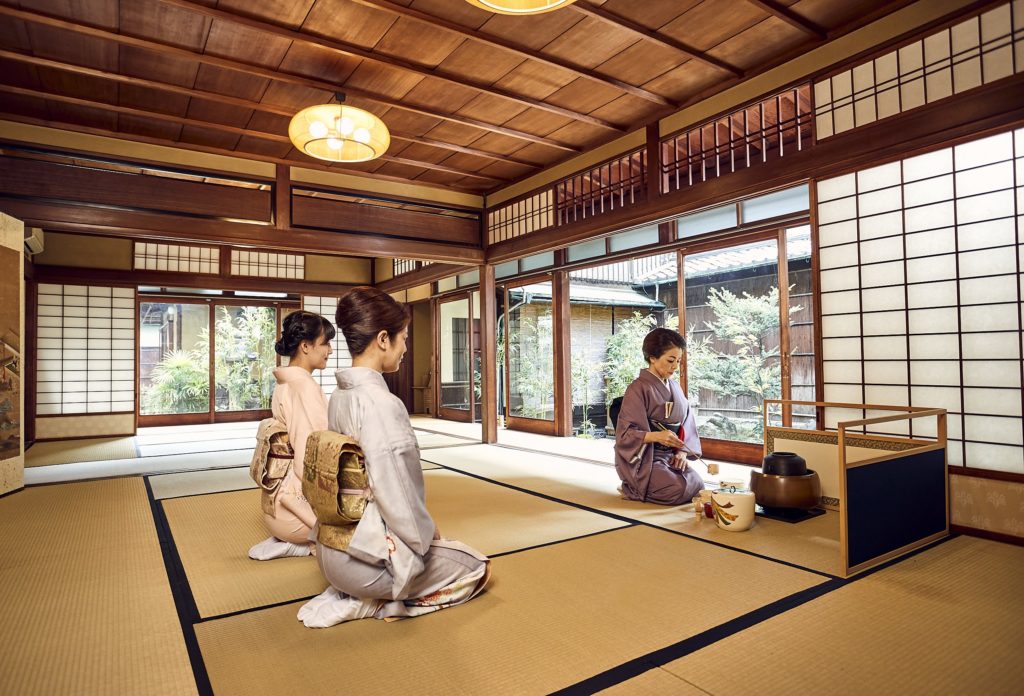 We should also remember that

Tea ceremony is mostly about bonding between the host and the guest but it is for sure a meditational activity as the great founder Sen no Rikyu called “jaku” (tranquility) one of the major elements of tea ceremony. Then one may ask why it is different from other meditative activities and why it may lead to mindfulness and the ultimate peace of mind. At MAIKOYA we tell our guests that the answer is the zen philosophy which is deeply embedded in the culture of Japan. The simple principles of zen are:

Impermanence or transience in life remind us that everything is impermanent; your thoughts, your emotions and also your pains. There is constant transformation in the universe. This transformation has always been reflected in tea rooms as seasonal changes are subtly emphasized : the flowers, scroll, bowls, tea scoop, tatami settings, tea pot, etc.. As a matter of fact, Japanese consider short lived beauty (e.g. cherry blossoms, fall leaves) valuable and aesthetically pleasing because soon they would be gone. If we realize that transformation is life itself, we could also understand that all the pains and sorrows we have at any given moment are temporary. This approach is likely to give you peace of mind.

Meditation or mindfulness are often described as being present in the moment. This is of course easier said than done because we naturally worry about our past mistakes and the potential future risks. However, for a zen monk “now” is infinitive and the “future” does not exist. Similarly, most Westerners consider time linear, while, for the Japanese time is cyclical and can only be measured by events and relationships. Japanese people rarely use the word regret (they don’t live in the past) and treat every meeting as “ichi-go-ichi-e” (every moment is a chance). You must enjoy every single moment because every single moment is unique. If you realize that moments never reoccur you are more likely to be present at any given moment which will give you more peace of mind. 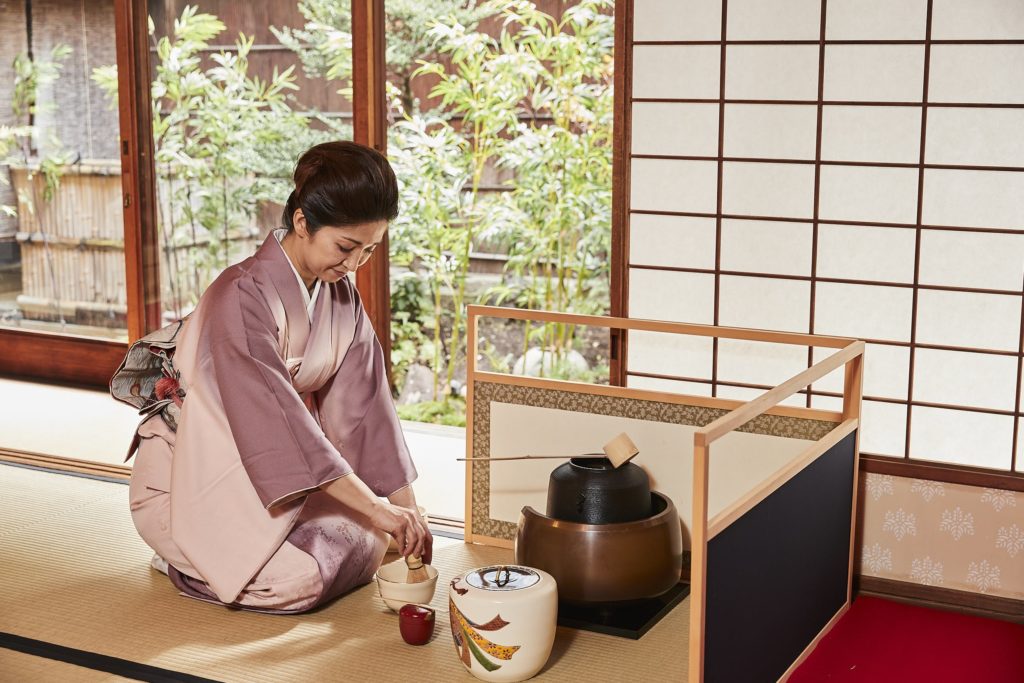 Selflessness is related to the perception of vast emptiness “wu” in Chinese, the foundation of the universe. Focusing on the self is the biggest obstacle against awakening. Selflessness leads to non-attachment to materialistic beings and non-attachment leads to non-judgment. Non-judgment will give you more peace of mind. Getting rid of selfish thoughts will also breed compassion and relatedness to others. By getting rid of selfish thoughts we become more interconnected and we become one with our actions. Whether it is Tea ceremony or zen calligraphy we become part of what we do: the output reflects our true inner-self.

Accepting life as it is

Western philosophy focuses on independence, practicality and controlling the environment. Some Westerners find the nature focus in Japan impractical and external locus of control in Japanese Culture unacceptable. However, it all comes down to accepting life as it is and becoming OK with things that give us discomfort. Tea ceremony is a great way to remind us of the irresistible beauty of the mundane. You can’t find any plastic and metal utensils in the tea room because everything has to have the natural feeling. Regular Tea ceremony students have to sit 5 hours on their knees because they have to learn discomfort is part of life. You see the centuries-old broken tea bowls being used after the “kintsugi” fix because life is imperfect and that is what makes life beautiful. Accepting life as it is and eliminating your resistance to discomfort will give you more peace of mind.

But in the Zen way of life, awakening does not happen by deep thinking, most of the time it happens by just doing daily routines such as chopping wood or eating your meals. Many Westerners are surprised that monks at the zen temples do not talk when eating and follow many ritualistic steps when cleaning their bowls. The idea is your mind is free when you do a routine task and you do not have to worry about the next step since you have done it hundreds of times. When a tea master prepares the tea he/she is at peace during the beautifully choreographed process, far from stress.

The tea ceremony room is also ideal for any kind of meditative process since it is simple, natural, harmonious and balanced. When you are in the simple and minimalistic environment, you start seeing beauty in things which you initially ignored or considered boring. You start sensing the essence of things and go beyond the limits of the faulty world of appearances. What is more, before entering the room you prepare yourself mentally for an utmost mental transformation. As Kakuzo Okakura, the author of the famous book of tea stated

Yet one may still wonder if tea ceremony can be a meditational activity because it is done as a group. This is what sets it apart. According to Fling’s Psychological Aspects of Tea Ceremony, the procedure is a form of group meditation and getting a piece of mind “in relation to others” sitting next to you. Fling stated that