“Ukiyo-e were cheap because they could be mass-produced. They were meant for main townsmen, who were generally not rich enough to pay an original painting. The original subject of ukiyo-e was city life, in particular activities and scenes from the entertainment district. Beautiful courtesans, big Sumo wrestlers, and popular actors would be portrayed while doing interesting activities. Later on, landscapes also became popular. To this day, Ukiyo-e is still very popular across the world.” (source: Wiki) 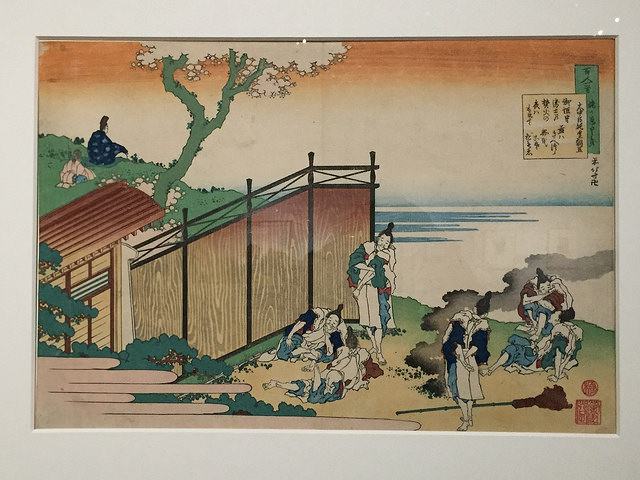 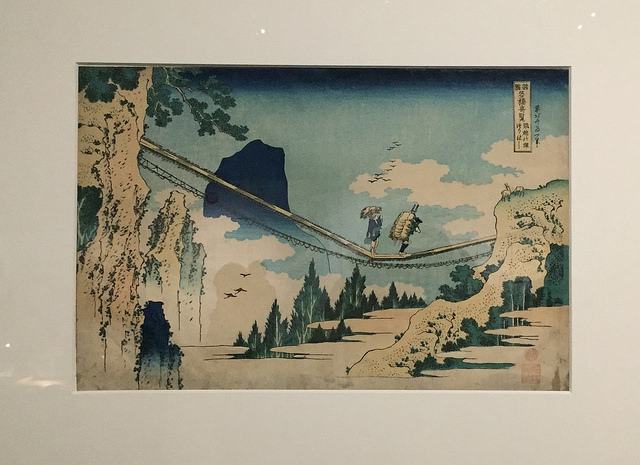 The Suspension Bridge on the Border of Hida and Etchū Provinces (Hietsu no sakai tsuribashi), from the series Remarkable Views of Bridges in Various Provinces (Shokoku meikyō kiran), Katsushika Hokusai