Sento, or public baths, are fairly common and are easily found around the communities in Japan. The beginnings of this tradition can be traced back to the Heian Period in 794-1185, but the first proper public bath was built in Tokyo, formerly Edo, in 1591. This practice became popular after WWII when Japanese families did not have bathing facilities in their homes. Although different from the onsen or hot spring baths, some sento facilities use hot spring waters as well. 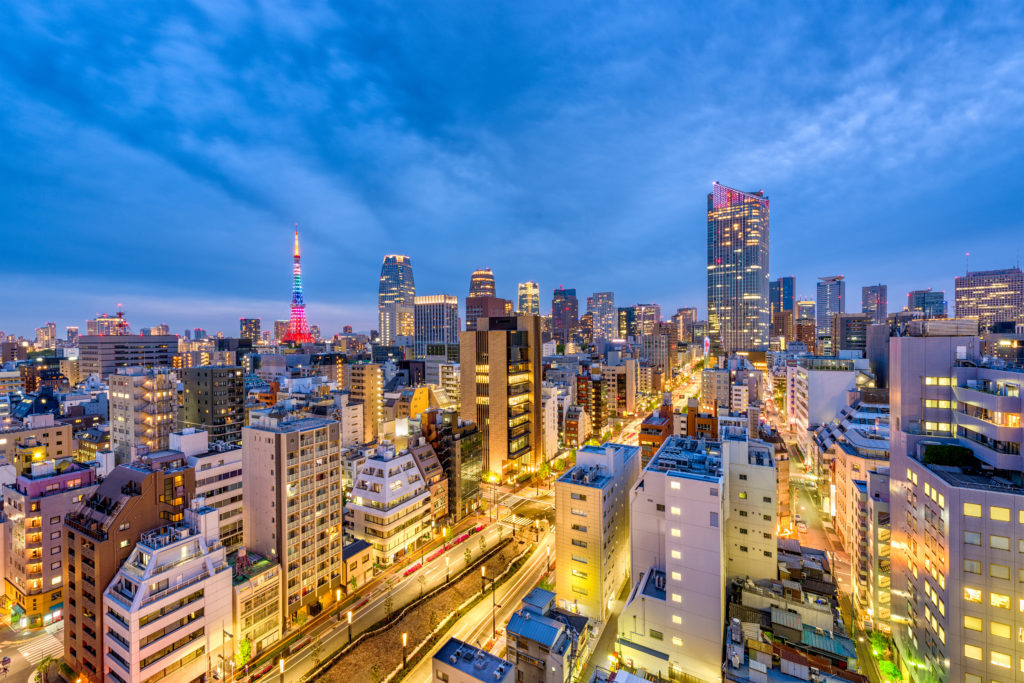 Public baths are a good way for people in the community to bond and connect with their neighbors, as well as relax after a hard day’s work. Most facilities do not offer communal soap and shampoo, so if you plan on trying out a sento, it’s always good to bring your own–for personal preferences and hygienic purposes! Just remember to do your scrubbing before and after taking a dip in the shared waters.

If you’re in Tokyo or are planning to visit, it’s highly recommended to add a sento visit to your itinerary!

Oedo Onsen Monogatari is one of the most well-known and beloved destinations for locals and tourists. The hot spring complex is located in the neighborhood of Odaiba, Tokyo. Resembling a theme park more than just a regular public bath, it adds an unexpected twist to Japanese onsen and sento culture.

The atmosphere in Oedo Onsen Monogatari greatly contrasts that of the modern and futuristic district it is on. Instead, the facility has a strong Edo-era influence and design that even has summer festival style lanterns. You can even enjoy traditional street food, games, and don a yukata while strolling around the complex

Considered more like a super sento, Spa LaQua is a hot-spring complex located close to the Tokyo Dome City. Considered as any Tokyoite’s happy place, locals would come here to unwind after work or during a day off. The hot spring complex has two main areas: the Spa Zone with the hot spring baths, and the Healing Baden Zone where you can find low-temperature saunas.

The facility used sodium chloride enriched hot spring water sourced from 1,700 meters underground. The water has been said to heal colds, soothe muscle stiffness, and neuralgia. There are indoor and open-air baths available, and even a low-temperature sauna. The sauna uses a filtration system composed of tourmaline, loess, elvan, and germanium.

In addition to the sauna, you can even drop by the beauty salon or get a massage and a body scrub. 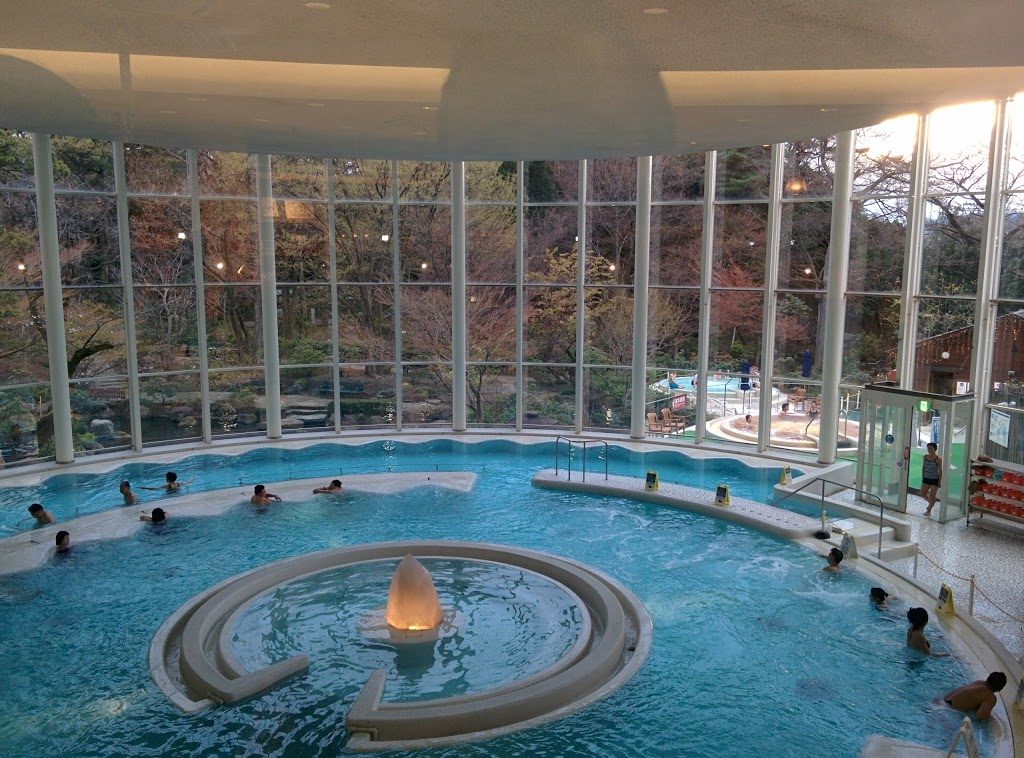 This onsen gets its name Niwa-No-Yu (“niwa” meaning garden) from the large, traditional Japanese garden inside the premises. Easily accessible from Shinjuku and Ikebukuro, Toshimaen Niwa-No-Yu in Nerima Ward is a large complex covering some four thousand square meters.

In this complex in spring, you’ll find cherry blossoms, and in the autumn, there’s Japanese pampas grass, which also showcases the nation’s passion for seasonal colors. In addition to natural hot springs with a view of the Japanese garden, another highlight is the body zone. In the body zone, you can dip into the water wearing your bathing suit, which is perfect for visitors who find the idea of being naked in front of other bathers uncomfortable. 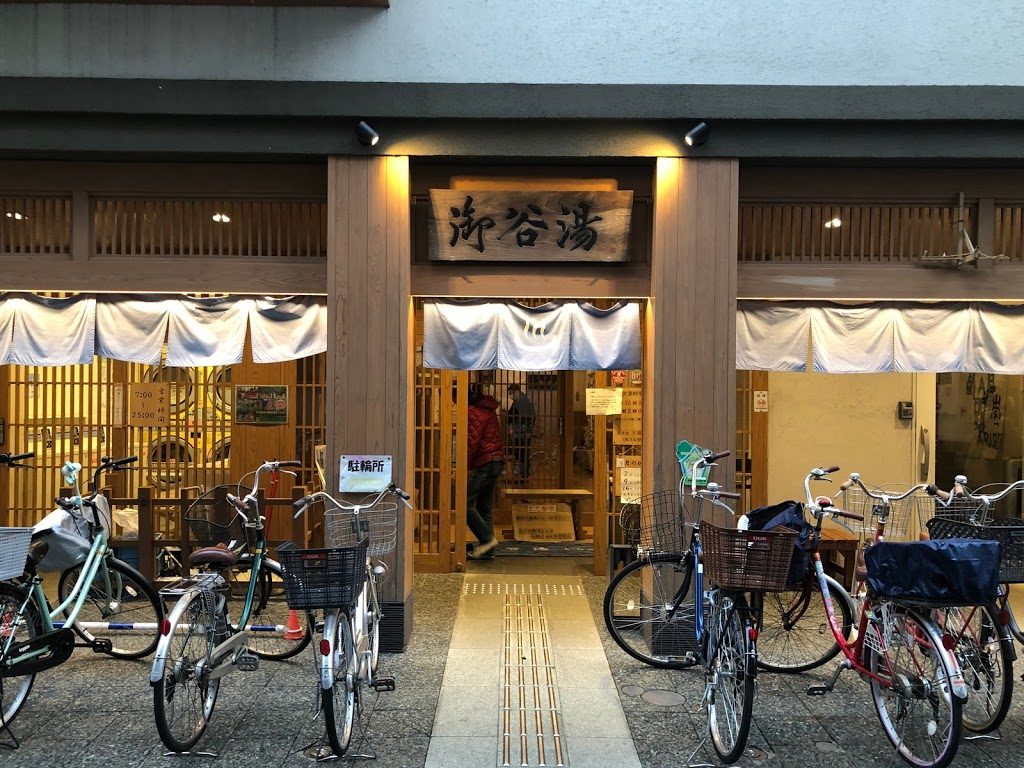 In Tokyo’s Sumida Ward is an area famous for its towering resident, Tokyo Skytree is Mikokuyu, a charming bath with a lot to offer. It was renovated in 2015, so it feels more modern than most.

Mikokuyu is ideally located midway between the local areas of Ryogoku, famous for sumo; Kinshicho, known as a lively shopping district; and Oshiage, home to Tokyo Skytree. From the facility’s rotenburo, guests can admire the view of Tokyo Skytree, while inside, there’s an impressive mural of Mt. Fuji and also a tile pictograph based on Kohaku Baizu Byobu.

Oshiage Daikoku-yu is located just 10 minutes away from Tokyo Skytree and features an atmospheric gender-segregated sento. The public bath has open-air baths surrounded with high walls–just imagine how relaxing it would be to soak in hot waters under the Tokyo sky, without even worrying about prying eyes. The sento makes use of wood in its changing area, and mural tiles in the baths.

The waters at the facility has been analyzed and its properties have passed the qualities of an onsen. The hot spring waters are sourced from a well that was discovered over 50 years ago.

You can even treat yourself to a cold drink and socialize in the lounge area outside.

The sento Kohmeisen has been in operation for almost half a century and is managed by three generations of one Japanese family. Since its renovation in 2014, the baths have taken on more modern features.

There are various baths for you to choose from, should you decide to pay Kohmeisen a visit. There’s the highly-concentrated carbonic acid bath, a man-made radium spring, a cold water bath, and an open-air bath located on the roof–something that’s considered rare for a sento in Tokyo. There’s even a sauna facility that you can enjoy.

The rooftop bath has been highly praised for its onsen ryokan-like design, with a wooden surround and the general layout of the bath.

The unisex baths tend to change schedules every Friday, so you’ll get to experience different baths if you plan on visiting often.

Also known as Take no Yu, Azabu Kokubisui Onsen has been around for over a hundred years. Its name literally translates for “Azabu black beauty water” because of the sento’s dark brown appearance, resembling that of coffee. The color is caused by the presence of a combination of peat, mud from the sea bed, and volcanic ash. Despite the components in the water, the additional substances are completely homogenous and do not stick to the skin. It’s also said that taking a dip in the waters will give you smooth skin.

Tenjinyu is a modern sento that features an indoor and an outdoor bath. The semi-open-air bath is filled with black water that has many beneficial components. There is also a selection of jet baths to choose from.

Tenjinyu has been featured on Japanese television shows for the many health benefits from taking a dip in its waters. It has also received praise for its convenient location within the city, and the way it brings the same atmosphere of relaxation that can be found in the onsens on the mountainsides.

Shimizuyu is a well-known sento located close to major areas in Harajuku and Omotesando. It has a history spanning about a hundred years and established itself as a beloved attraction for tourists and locals. The sento is conveniently located just two minutes from Omotesando Station A4 Exit, and is the perfect place to relax after exploring the surrounding districts.

Shimizuyu, meaning “clean water”, was named after the quality of the spring that once welled up in the area. Today, there are a variety of baths for guests and visitors to enjoy, some of which are a jet bath, a cold water bath, a carbonic acid bath, and a silk bath with microbubbles. Each bath has been created and designed with the purpose of enhancing health and beauty. After a soak, you can even enjoy soft-serve ice cream and beer at the counter.

Tokyo offers many travel opportunities and sightseeing areas for any local and international tourist to enjoy, being the busy Japanese Capital. Its ultra-modern sights and neon lights are sure to captivate and attract visitors and invite them into exploring the town. Any history enthusiast visiting