Ryokans are a kind of traditional inn unique to Japan, and offers a rich cultural experience and relaxation to its guests. These Japanese inns are known to cater to the guests’ every need and serve kaiseki meals that are meticulously prepared by the finest chefs in the business. Ryokans are most commonly found around Tokyo, Kyoto, and onsen or hot spring resort towns like Hakone. 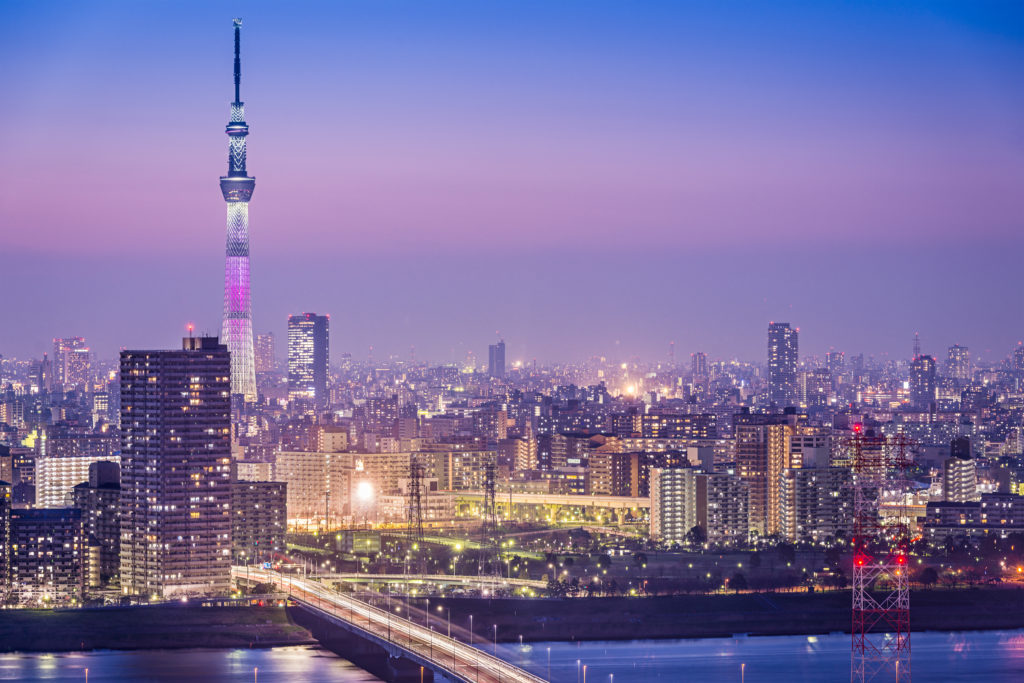 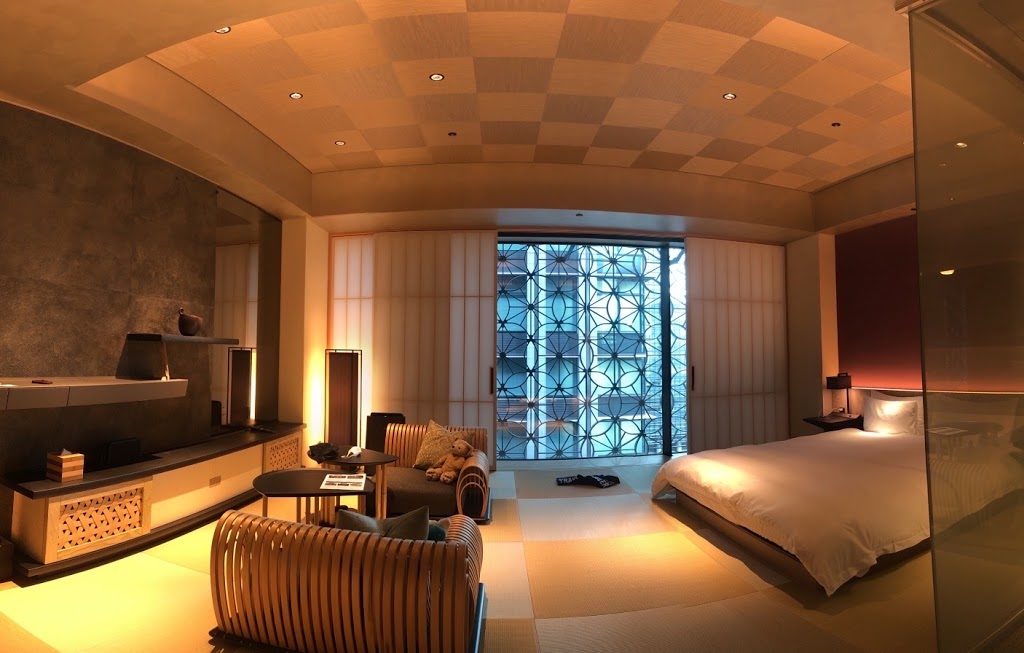 Hoshinoya Tokyo offers one of the most relaxing ryokan experiences in Japan. With polished wooden interiors and tatami flooring throughout the establishment, the whole inn welcomes an ambiance of serenity in the midst of a busy city. Hoshinoya Tokyo is tucked into the prestigious Otemachi District in Tokyo, offering a quick getaway from the hustle and bustle of the city.

Hoshinoya Tokyo is one of the first onsen ryokan of the Hoshinoya properties in the urban city, and the first in Tokyo, aiming to serve businessmen and tourists and to give a better appeal than a regular hotel. This unique innovation of bringing a relaxing experience from the countryside to the city earns Hoshinoya Tokyo the recognition as being one of the best ryokans in Japan, and earned a spot in the World’s Best Awards 2020 Top Hotels in Tokyo by the Meredith Corporation.

The Japanese inn offers its guests two gender-segregated baths with waters sourced from a hot spring, over a thousand meters underground. The indoor baths are connected to their outdoor counterparts by a cave-like tunnel that leads to a chamber surrounded by tall walls, the outdoor baths situated under the Tokyo sky.

The easily accessible Japanese inn is also praised for its location, being just across the road from the Imperial Palace and its striking gardens. Hoshinoya Tokyo is also known for its authentic Japanese hospitality–the ryokan’s staff is noted to be attentive to guests and provide services from a spa treatment, to cultural performances and ceremonies–like a Tea ceremony where guests can participate as well. 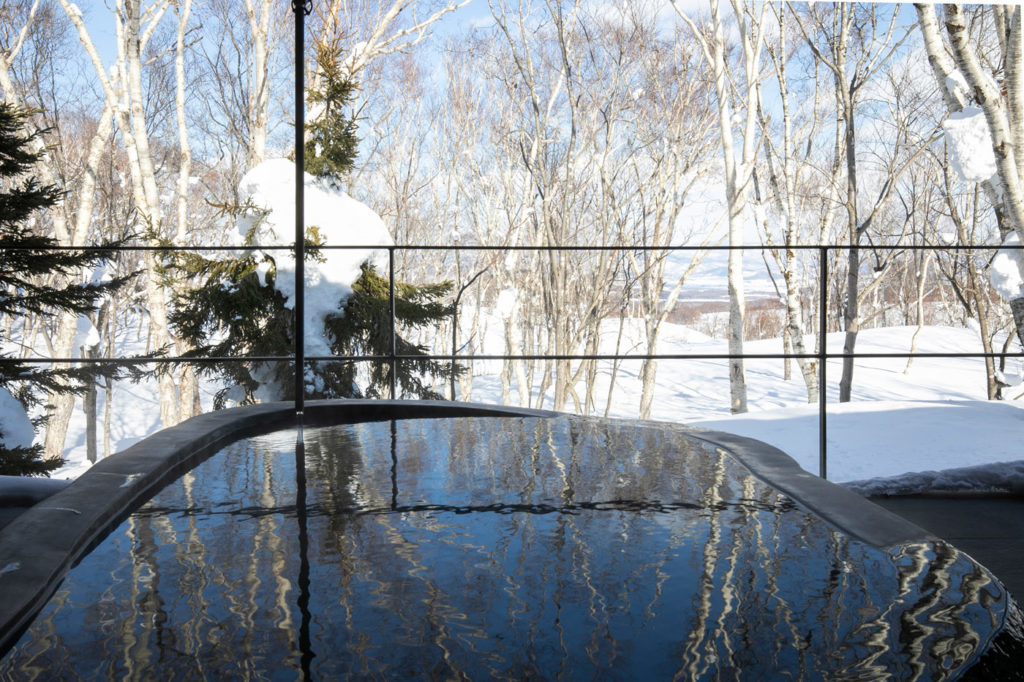 Zaborin is one of the best contemporary luxury ryokans in Hokkaido. It can be found in the Abuta District in the subprefectures of Iburi and Shiribeshi. It is one of the most recognized ryokans in Japan and has earned multiple titles in different countries as well. Zaborin holds many awards in its name, ranging from Best Gourmet Getaway in the Mr. and Mrs. Smith Awards 2018, and to ranking in the Top Hotels and Ryokan in Japan Award, and multiple others. Zaborin also earned itself 5 Red Pavillions from Le Guide Michelin Hokkaido in 2017.

The high-class inn does well to combine traditional Japanese ryokan elements with modern designs that give the interiors a clean and distinguished design. This modern reinterpretation of the traditional ryokan comes from the hotel’s aim to capture the essence of the meditative elements of the ryokan experience and imbue it into modern comforts, and to become a part of the surrounding nature of the inn.

The Japanese ryokan features luxurious guest villas with two types of private onsens–indoor and outdoor, and wide windows offering views of Mount Yotei, Annupuri or the Waisuhorn Mountain Ranges. The small getaway provides the guests with options of a Japanese or a Western sleeping arrangement to ease the stay and provide maximum comfort.

Guests at Zaborin are served only the best of Japanese fine dining, with its own take on culinary traditions. The inn features a signature meal “Kita Kaiseki” that incorporates northern elements into its dishes, and explores the simplistic and natural flavors of its ingredients.

Ryokans are one of a kind accommodation unique to Japan. It’s a form of tradi
Japan Travel and Culture Guide

Zaborin is tucked in the woods and surrounded by the magnificence of nature. If you stay in the inn, you’ll be able to look out into the woodland and the fields, with Mount Yotei overlooking the entire landscape.

Gora Kadan in Hakone Gora is a 4-star ryokan located on the grounds of the former summer villa that was once owned by a member of the Imperial Family. The Japanese inn has earned praises for its design and has been awarded the Welcome Trophy by Relais and Chateaux for its high customer satisfaction and high standards of service. It is also a notable member of Relais & Chateaux, a hotel association for exceptional hotels and gourmet restaurants.

Gora Kadan features a fusion of tradition and modernity. The former Imperial estate is considered one of the National Park’s most coveted jewels, and was once a favorite retreat of the Kaninnomiya Family.

The guest rooms in Gora Kadan all feature views of the mountainside, same with the open-air baths. There are also private onsens available, going well along with the spa service that would give the most relaxing, yet intimate experience with nature and the self.

Hakone Suishoen was built as a second home for the aristocratic Mitsui Family in the Taisho Era, right at the beginning of the 20th century. Today, it is a 5-star stay that preserves its legacy and history, as a registered tangible cultural asset. Despite its cultural heritage, Hakone Suishoen refuses to adhere completely to outdated aesthetics and has made minor renovations around the property to combine the charms of the Taisho Era with the conveniences and chic design of the modern age.

Each room at the Japanese inn comes with a balcony that overlooks the surrounding forest, and lavish open-air hot spring baths. During mealtime, guests are served by the restaurant, “Momiji”, with expertly prepared meals and kaiseki cuisine that features only the best ingredients in the area.

Hakone Suishoen is highly praised for their relaxation-focused facilities such as the large outdoor hot-spring bath, the spa services, and the sauna. There is also a library and a 10,000 square meter garden with 300-year-old maple trees to explore.

For sightseeing opportunists, Hakone Suishoen is a short distance away from the Hakone Open-Air Museum, Chisuji Falls, and the Okada Museum of Art. 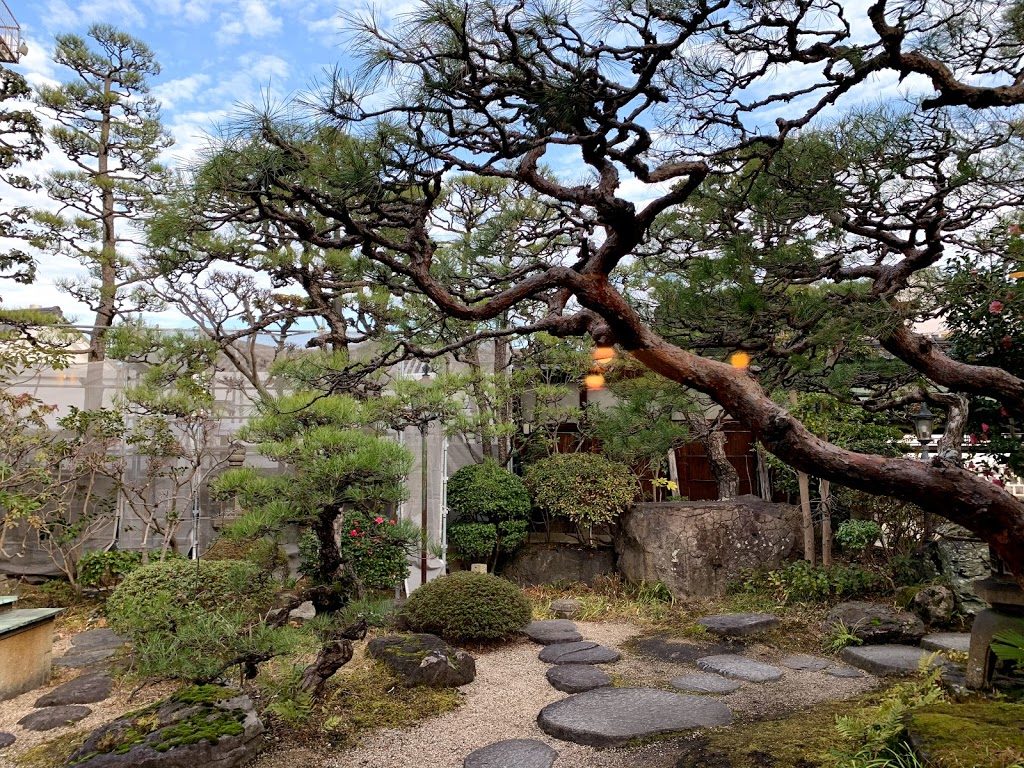 Ryokan Kurashiki is situated on the banks of the canals of the Kurashiki River in the center of the Bikan Historical Quarter. The old merchant town preserved a unique charm that extends to the ryokan, which was once a sugar merchant’s home.

The home-turned-inn radiates a charm reminiscent of stepping into the past, with its well-preserved craftsmanship and antiques, and exudes the feel of comfort and luxury. Ryokan Kurashiki features only five unique bedrooms that have served as a home away from home for many high-profile guests and celebrities.

Ryokan Kurashiki is well-praised for its attentive service and the accommodating Okami, who makes sure the guests feel welcomed and are provided with only the best Japanese hospitality that the ryokan can offer. At night, guests are served a kaiseki dinner unique to the area and feature seafood from the Seto Inland Sea.

Ryokan Kurashiki is praised highly for its location. The property is right on the banks of the Kurashiki River, where the charming street of the town is lined with willows and captivating old-world architecture of the surrounding buildings. Staying here, you’ll find yourself in their captivating Japanese garden as well, where guests will be overlooking at breakfast time.

Kyoto Yunohana Resort Suisen is an accommodation located in a city in the Kyoto Prefecture known as Kameoka. The onsen resort is a hidden treasure that is guarded by a clean

Takayama Kanko Hotel is an onsen hotel located at Hachimanmachi, Takayama. It is situated on a hill and offers an overlooking view of Mount Norikura, a famous Japanese mountain and an

Momijiya Bekkan Kawa no Iori is an onsen ryokan located in Takao. It tightly holds traditional Japanese designs and calmly sits in the midst of nature, surrounded by singing streams and

Futari-Shizuka Hakuun is a traditional Japanese inn located in Takayama. Its location is a short distance away from tourist sites like Sanmachi Street, the Morning Market, and the

Founded in 1897, Togetsu-tei is a traditional Japanese inn that features Japanese cuisine in its top-class dinner, boasting an elegant display of food preparation and then served at the rooms