Martial arts practiced by the samurai were very different compared to the many forms of martial arts today. Samurai martial arts were created, adapted, and perfected over a very long time. Contrary to the common view, the samurai class did not systematically practice unarmed combat techniques as they wore metal armors and rode a horse. Many forms of popular martial arts (Karate, aikido, judo, kendo, etc.) did not even exist during the warring states period; they are modern sports born in the last 150 years. However, samurai mastered many different weapons and strived for moral and spiritual development which is the real goal of martial arts. Although martial arts were banned after WWII by the US forces, today, many young Japanese practice them mostly for personality training before job hunting or just as a hobby. 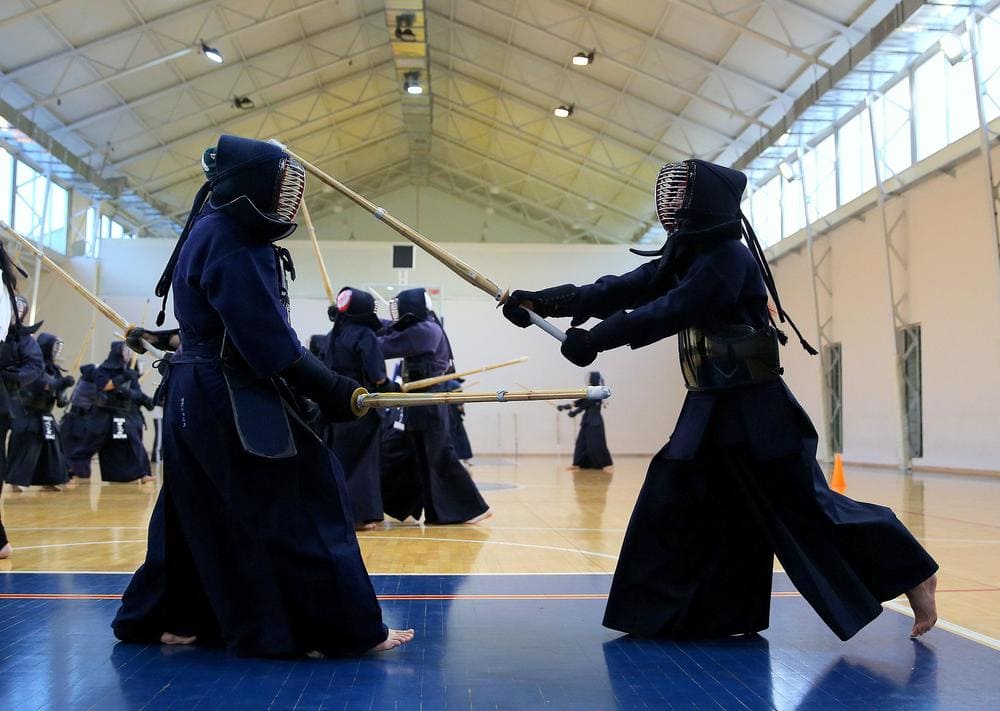 Meaning “the way of the sword” Kendo and Iaido are styles of sword fighting that have endured for a long time. The origins of these world famous sports and training are different from the modern examples. While iaido existed for centuries, modern Kendo was created as a safe way for the samurai to practice their sword skill in the 1880s. In 1876 the government banned the samurai carrying swords in public and started confiscating swords from the samurais from the clans that are likely to rebel.

In the second half of 1800s, 10 different ways of “kata” were put together and practiced by the police, this was the birth of Kendo. Before the introduction of Kendo’s safe Buso (Armor) and Shonai (Split Bamboo sword), samurai would have trained in styles like Iaijutsu, Kenjutsu and battojutsu. The biggest difference between iaido and kendo is the way practitioners strike. Kendo is a type of sport where the practitioner lightly hits the head of the opponent with a bamboo stick from above to get a point. Iaido is a training method with a metal sword and it is a simulation of cutting the enemy’s body that involves slashing and pulling the sword with force to deepen the cut. 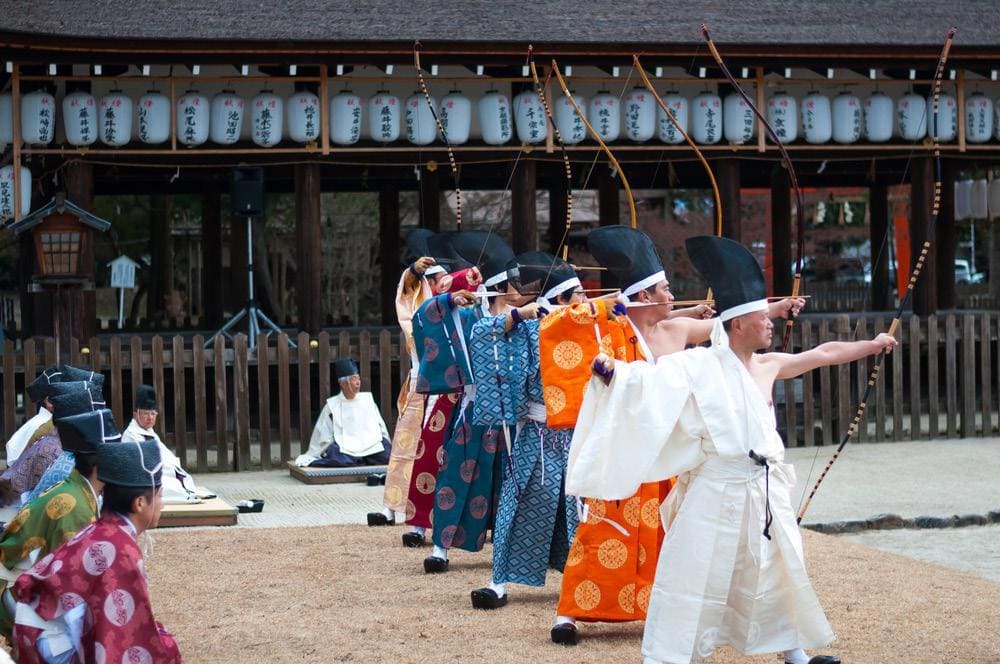 Kyudo means “the way of bow.” First samurais were mounted archers and arrows were used throughout all periods in the past 1000 years. Samurai first practiced archery as a training method in the 1200’s by shooting at the target while riding a horse. This is called yabusame which can be watched at the Shimogamo Jinja of Kyoto every year during the first week of May. Modern Kyudo focuses on the aesthetics and zen. Sometimes it is called meditation in action. It teaches concentration and the control of mind and body. It is similar to tea ceremony where form and the ceremonial way stand out compared to the techniques of the activity. In certain kyudo ceremonies and competitions participants wear a hakama and half yukata showing their full arm and right upper part of the chest naked. 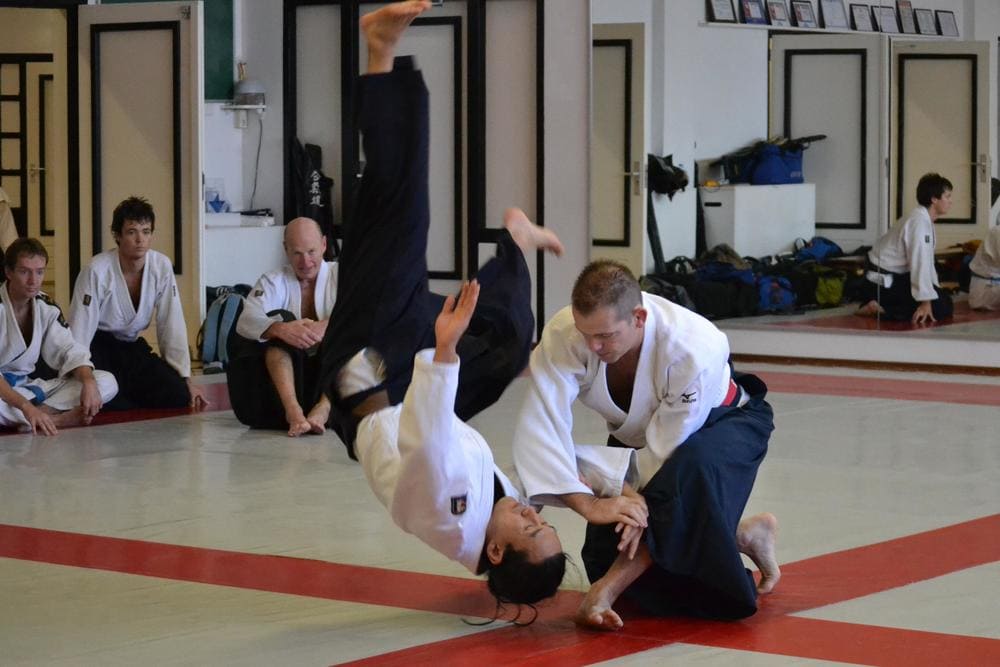 Aikido was a way to train for combat that does not seriously injure the opponent. It is mainly a defense technique developed to stop an opponent without causing any serious harm. It literally means “the way of harmonious spirit.” The founder of the Aikido style is Morihei Ueshiba (1883-1969). The movement and techniques of Aikido is said to reflect a person using a sword, the strength and skill from using a katana is clearly visible in the style of Aikido.

It is presumed that martial arts were first born in the Shaolin Temple of China during the 6th century when Bodydharma taught monks several exercise techniques to energize their bodies after long meditation sessions. These techniques found their way to Okinawan Islands in various forms and Karate emerged there in the 16th century after locals were banned from owning weapons. Initially, Karate was actually used against the samurai forces by the commoners of the Okinawa island (Referred to as Ryukyu in Japanese history). When the Satsuma clan invaded Okinawa, locals tried to defend themselves against armed samurai. This would include hard physical training to toughen the body up. Kara-te means empty hand (no weapon) and it will be officially part of the Tokyo Olympics in 2020(1).

The way of using naginata. Naginata is Japanese style pole arm where a katana-line blade is placed on the tip of a long stick. It was often practiced by the samurai as it is longer than a sword and more practical than a spear. It was first born as a weapon for the horsemen.During the Edo period it became the symbol of the women samurai as they practiced it to protect the household if their husbands or sons die in a battle. Female samurais are called onna-bugeisha, they knew how to fight but their presence in the battles especially after the 14th century is questioned. During the Heian period there were famous female samurais, the most well known is Tomoe Gozen.

It means the gentle way. Kano Jigoro (1860-1938) was the founder of modern Judo having originally learned Jujutsu by observing many master practitioners. Kano founded his first Dojo in 1882, the Kodokan Dojo. This Dojo was in the Eisho-Ji temple in Shitaya-ward, Tokyo.This sport of Judo today has thousands of practitioners all over the world thanks to the great technique and teaching styles of the art.

Jiu jitsu roughly translates to “Gentle Techniques.” This style of teaching would have originated for samurai to use either in self defense or on the battlefield in full combat. Although back in the days of the samurai they would have not used the word Jujutsu, this is an umbrella term for the style of combat (Similar to wrestling) the samurai would have referred to their style as a Jujutsu Ryu-Ha. 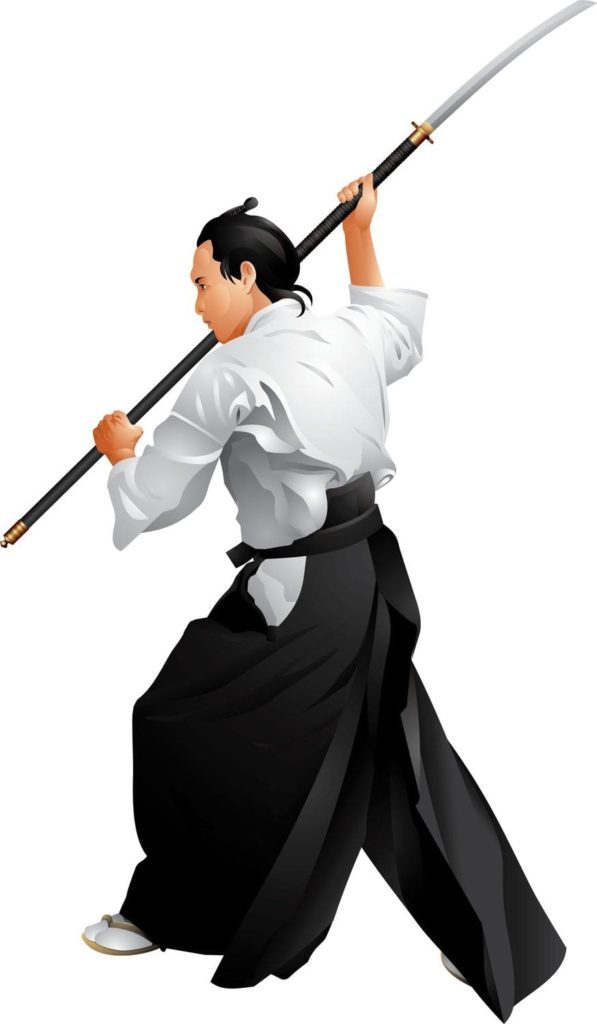 A Ninja school named after the town that the founder was born in “Togakure” This town still stands today. The founder of this school “Nishina Daisuke” was born to a middle ranking samurai family in the service of the Genji clan. When Daisuke’s clan was defeated in battle (1162) by the Taira clan, Daisuke climbed Mount Hiei intending to become a monk. On this mountain Daisuke was said to have met Chinese monks who were proficient in Chinese martial arts. Training together Daisuke combined Chinese style martial arts with his own style to create one of the first Ninja schools of Japan.

This school still flourishes under the guidance and Grand Master Masaki Hatsumi today under the name of Bujinkan Dojo. The word “ryu-ha” is an old school or style of fighting, either unarmed or with weapons, but could also be referring to a style of many of the skills from old Japan. Tea ceremony, Calligraphy, horse riding, poetry, sword making and even flower arranging and pottery to name but a few of these ancient skills passed down through generations. A ryu-ha is often named after the place, person of philosophy of the founding member.

Geo Omori who learned judo in the Kodokan academy moved to Brazil and opened the fist Jujutsu school in Brazil in 1909. In 1917 Carlos Gracie would see a demonstration of Mitsuyo Maeda’s (One of the high ranking students of Omori) Jujutsu and would decide to learn the style. Carlos learned Jujutsu for several years and started to pass his knowledge of the art on to his brothers. Notably his brother Helios Gracie would adapt the techniques with the intention of allowing a smaller and weaker practitioner to win against a larger and stronger opponent. This style of Jujutsu continues to be passed down the Gracie family.
You can learn more about samurai and martial arts at Samurai & Ninja Museum in Kyoto. 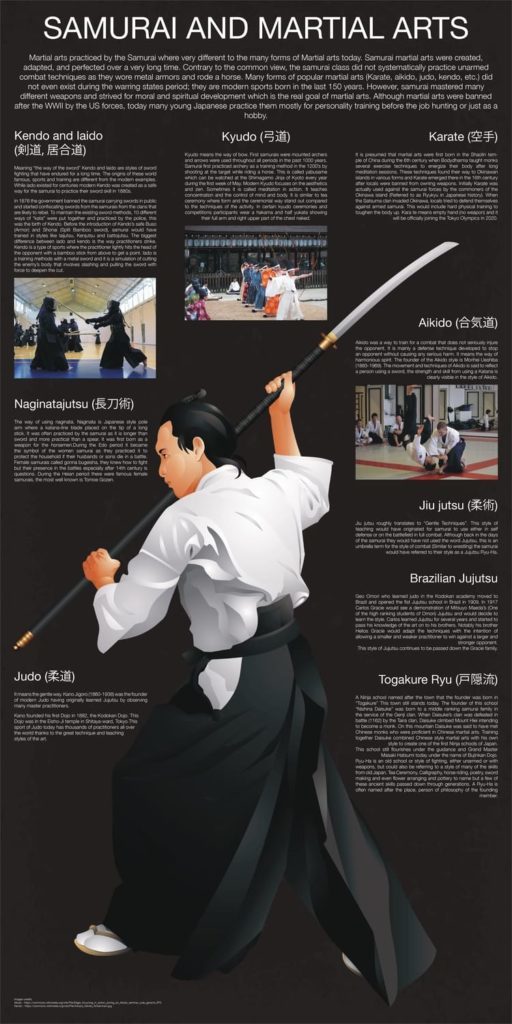 BUSHIDO - The Code of Samurai

Traces of Bushido: 400-Year-Old Samurai Blood Stains at the Yogen In Temple In the year 1600, the largest army in Western Japan left Osaka and started moving north to fight against Tokugawa. The Fushimi Castle of Kyoto, which was controlled by a Tokugawa ally Mototada, was on the way. Mototada’s