Update: The private Geisha Museum may be closed

Adam Acar, Ph.D., who is the director of the recently-opened private Geisha Museum by Maikoya, mentioned that there is a possibility that the museum will be closed because of COVID-19. However, other services the company provides such as the geisha Tea ceremony, geisha dinner show, and geisha makeover will continue. Maikoya is also doing something once unthinkable, offering online geisha meetings and short online classes about the geisha training by a geisha house owner.

The introduction to the geisha training is just a brief intro to how the apprentice geisha start their training after junior high school, as the online session is only one-hour as opposed to a full-blown geisha training which takes 5-6 years of dance lessons and cultural training. The online classes, albeit being different from real-life experiences, may be considered a bit pricey compared to other zoom classes found on the internet. Mr. Acar, however, thinks this is normal as it would be rather disrespectful to the genuine Kyoto geisha to have a private conversation with someone over the internet for a small fee even though the geisha still has to spend 2-3 hours just to put on the traditional makeup and call a helper to wear her precious silk kimono and the 5-meter-long sash.

Update: Currently the Geisha Association of Kyoto asks the members to take the following precautions

Update: On May 26th, Kyoto Geisha Association announced that Kagai, the five main geisha neighborhoods, to resume operations on June 1st. The geisha (geiko) and maiko haven’t been meeting with their clients since February. 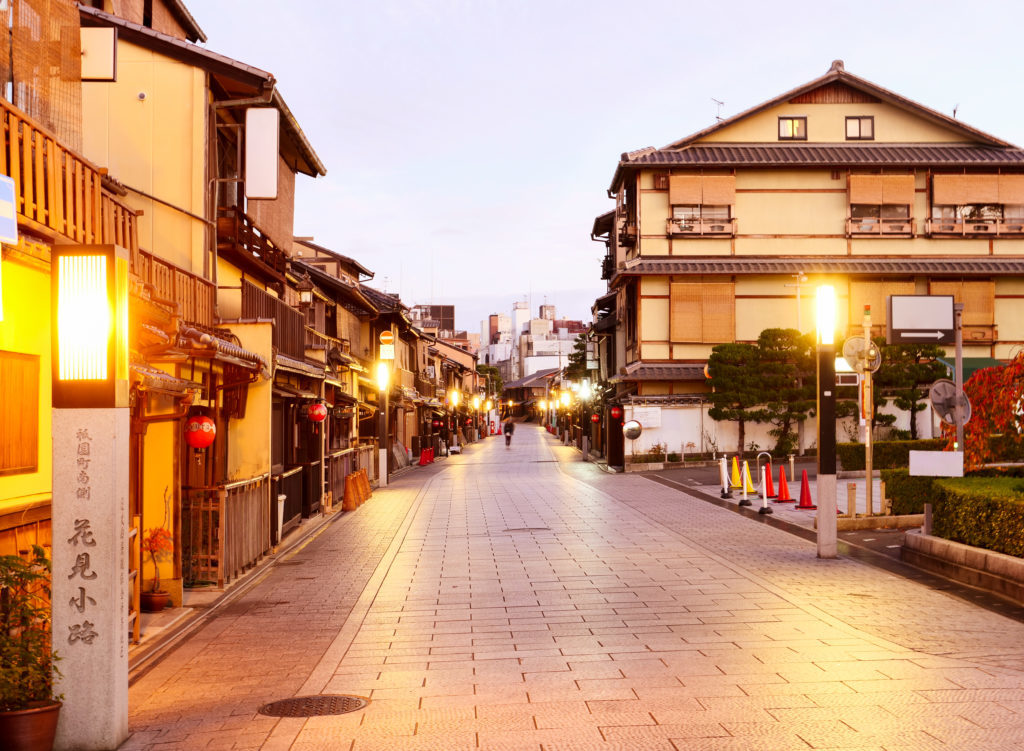 The Streets of Gion Geisha District are empty and quiet nowadays…

Geisha’s Contribution to Society During the Pandemic

During the lock-down, the maiko and geiko of Kyoto wanted to use their time to support the local community by sewing masks. They hand-sewn more than 400 beautifully decorated fabric masks and to be given to the elderly in the neighborhood and the old shop owners for free. They did not use the sewing machine but used their hands instead. Momino-san, who is from the Pontocho Geisha District, said they were inspired by the story of Sadako who believed making 1000 paper cranes would cure her disease. The news story was broadcasted by the local TV station.

Maiko and Geisha of Kyoto were already concerned about the epidemic around late February since they did not want to harm their guests also the house mother (okamisan). Some geisha and maiko returned to their hometowns (jikka) in the latter half of March which was unusual. Ookini Zaidan, the largest geisha association in Kyoto, offered to pay 100,000 JPY (approximately 950 USD) support per geisha and maiko although this is smaller than what Kanazawa City provided to the members of its small geisha community.

The Support from the Geisha Association of Kyoto 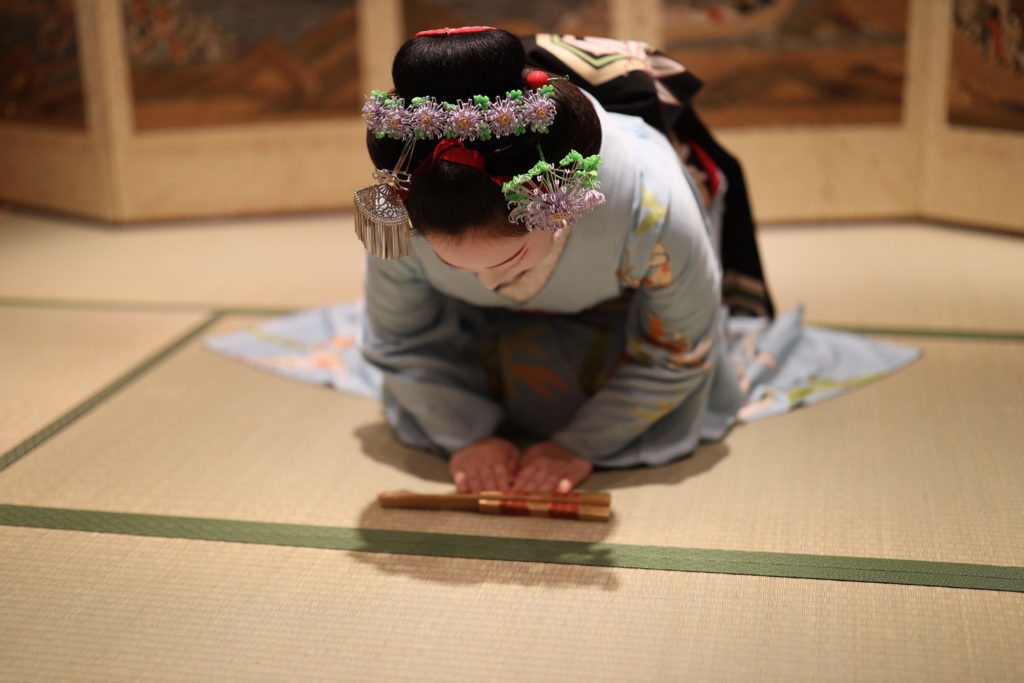 Miyako Odori, the most popular geisha dance Show, Changed its Facebook Page Cover with the geisha wearing a face mask as geisha are not supposed to hide their face.