Even before the pandemic, Japanese people wore face masks, a behavior that can be traced all the way back to the Edo Period. While most people in the West usually associate mask-wearing with Michael Jackson or leukemia patients, this simple routine may actually serve so many purposes in Japanese culture including but not limited to a) not to spread germs b) not to get sick c) not to have a dry mouth d) not to be seen without make up e) not to get hay fever f) not to be bothered in public g) stay warm in the winter h) not to be seen embarrassed  j) enjoy scents and aromas and so on.

But How about Americans? Why don’t some Americans want to wear a mask ? A scan of recent newspaper articles point to discomfort of mask wearing such as hot and sweaty feeling on face , difficulty in breathing,  unattractive appearance, straps’ hurting ears, etc. Based on our recent study however, the answers may lay in the individualistic nature of American culture as explained below. 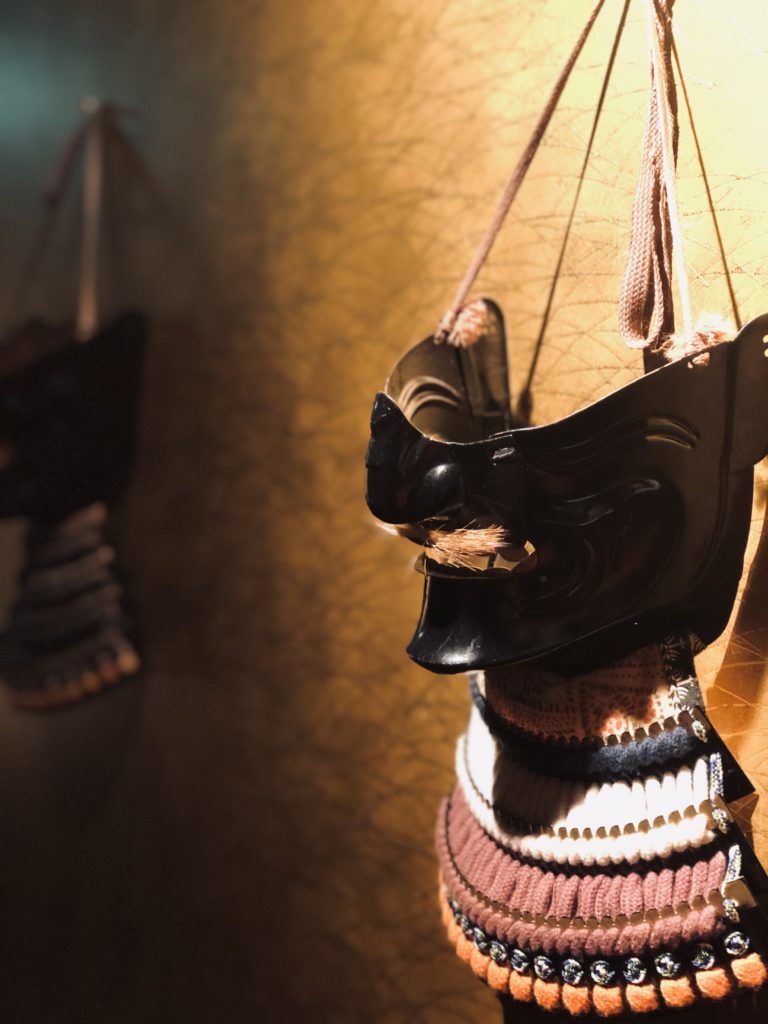 Samurai Face Masks © Kyoto Samurai & Ninja Museum . Historically, the samurai wore metal masks even in the peace period and preferred large straw hats that made it difficult to recognize their face from a distance.

The virus is invisible to the human eye and extremely small, so even the best masks may not protect wearers 100%. The fact is, mask wearing is not for self-protection but protecting others in one’s group. In individualistic societies like the US, people in general don’t want to self-sacrifice for others. Young people may also forget wearing a mask as they may perceive no threat for their age group.

The US has a higher crime rate than Japan and people in general may be more sensitive towards face coverings as many criminals wear masks. Also historically some clans (e.g. KKK) committed crimes by hiding their identities behind the masks which created the stigma of wearing a mask. Furthermore, some in the US associate mandatory masks with government oppression and a certain political ideology. Japanese on the other hand have been wearing surgical masks for decades voluntarily without any negative connotations.

Covering two thirds of the face makes one look more similar to the rest of his/her group. However, being similar to others is not a virtue in individualistic societies. Furthermore, putting the mask of anonymity has negative connotations in the US. It is no coincidence that most Americans want to show their individual tastes and preferences with their mask choices while most Japanese still wear the same white-color mask. For the large part of internet history, Japan was the only country where the anonymity-basedTwitter was more popular than the real name based Facebook.

Masks in the US vs Japan. American masks show variation and reflect expression of individuality while most masks sold in Japan are simple and dull. Image Sources © L.A. Times, ©Grapee.

The US is known as the “land of the free” while Japan is known as the land of “social harmony.” Some Americans naturally interpret the mask mandate as an attack on their freedom because it feels like they were being controlled and restricted. In Japan, wearing a mask was seen as a sign of solidarity and there were no public arguments on whether it was limiting the freedom of citizens.

Carrying a guard all the time and limiting one’s freedom can be considered as a sign of weakness which is un-masculine. Although Japan is also a masculine society, Japan has the form of ascribed leadership where the US has achieved leadership, which means, leaders in the US may think their status may get damaged if they appear weak. Also in a culture where people believe weak people get less respect, people may want to try everything possible to not look weak.

From noh masks to make up of kabuki and geisha artists that change the appearance of face, Japanese are no stranger to masks. Historically, the samurai wore metal masks even in the peace period and preferred large straw hats that made it difficult to recognize their face from a distance. Ukiyoe woodblock prints often show characters whose faces are either covered by basket hats or purposefully left obscure. The komuso monks wore a strange basket that covered their heads completely to convey the message that they were “selfless.” 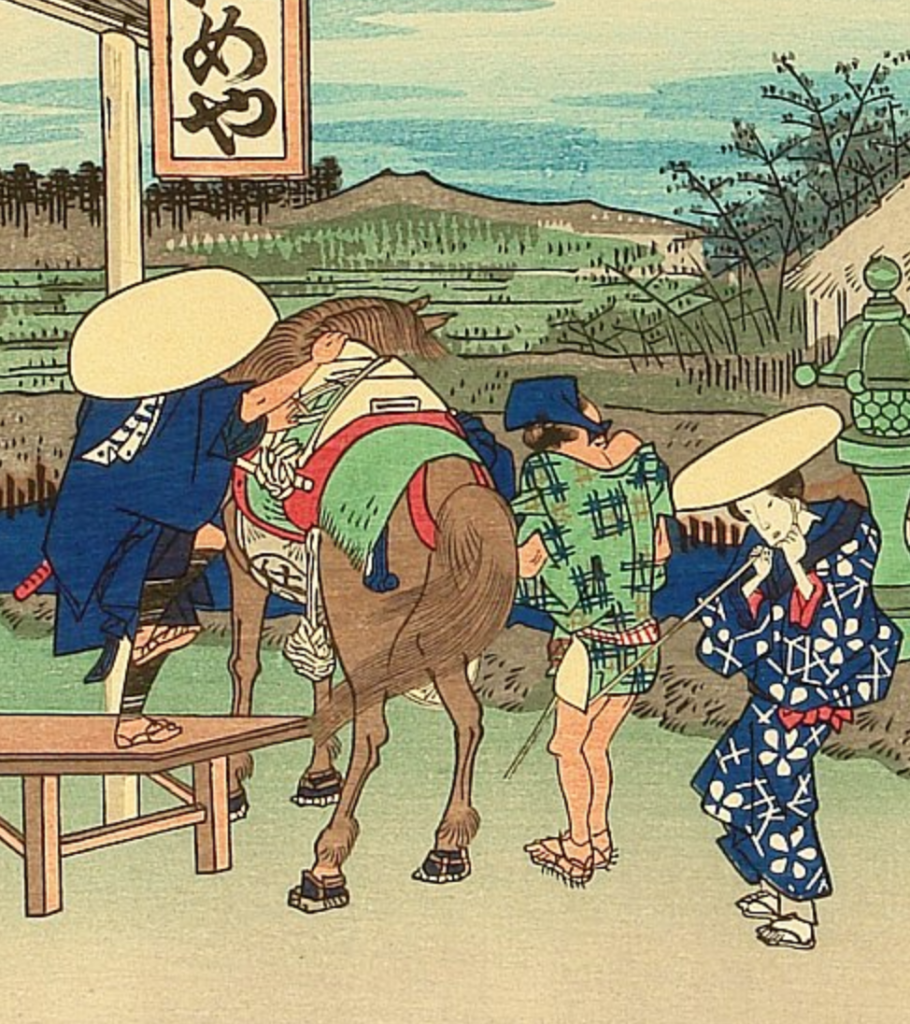 Logical justification of rules and regulations

It is possible that some Americans do not believe masks have a significant effect, so, for them it may be hard to follow the mask-wearing regulations. However, some Japanese may also think the same way but their reaction is likely to be different. One of the differences between the US and Japan is that in Japan people do not jaywalk even if there is 0.000% chance of being hit by a car. They do not think whether jaywalking in a small village with only 2 cars is logical or not.

Studies show that people in English speaking countries are more emotionally expressive. For Americans it is important to see whether a service employee is smiling or frowning. On the contrary, Japanese people in general display emotions less, particularly negative emotions such as anger and sadness. Thus, putting a mask on face would make communication harder for Americans compared to Japanese. 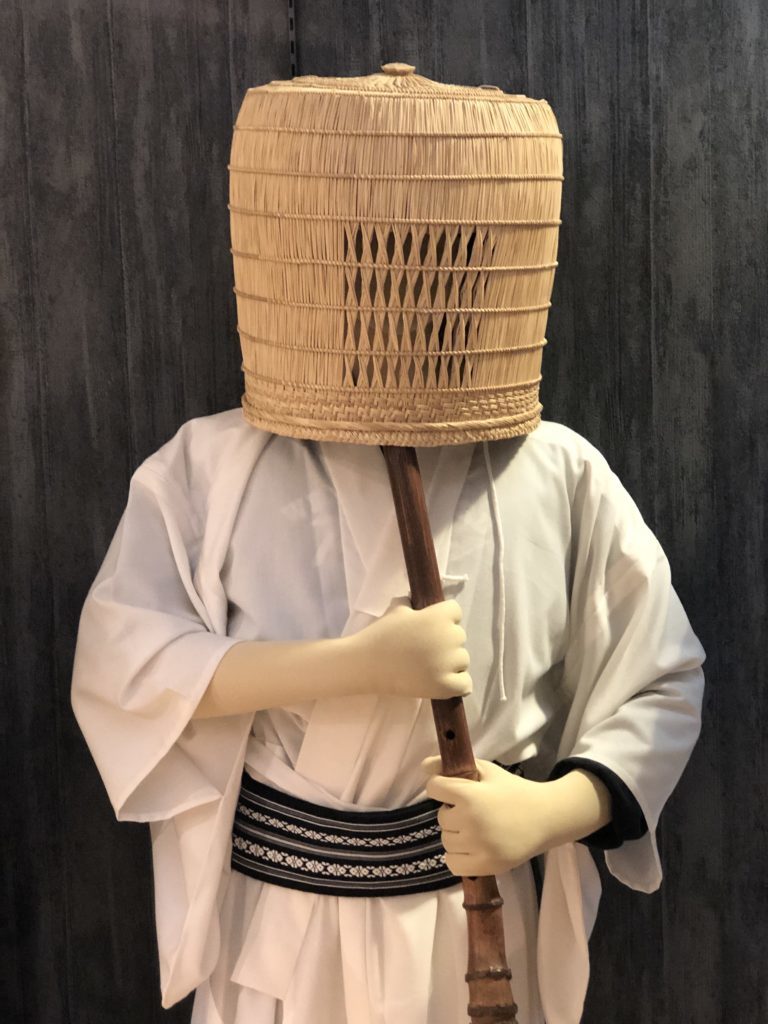 Caring about how one appears in public

Some people in the US may simply forget putting a mask on when going out because unlike Japan, Americans care less about whether their appearance is different from others. Japanese people care about how they appear in public and without a mask they’d feel awkward seeing most others are wearing one. Compared to the US, Japan has a more tight culture (strictly enforced social rules and low tolerance for deviance). The US on the other hand has a loose culture where a social faux pas (such as not wearing a mask) may be forgiven or considered trivial. Tightness and looseness in cultures.

Overall, it is obvious that there are many reasons why an individual may oppose against or support wearing a mask during the pandemic. However, it is clear that cross-cultural differences may have a direct or indirect impact on this behavior. More importantly, people in certain cultures are more likely to forget a behavior that is intended to save others rather than providing an immediate benefit for themselves.

PS: Masks are scientifically proven to reduce coronavirus dissemination and protect wearers. CDC and WHO both strongly urge everyone to wear a mask during the pandemic.