The main differences between maiko and geisha (geiko) are age, appearance and skills.

Maiko is usually younger than 20, wears more colorful kimono with a red collar and lacks conversation skills. Maiko means “dancing child” which refers to apprentice geisha who are still training. Maiko have to live in the geisha lodging house (okiya) with their mother (okamisan) for 5 years. Maiko, the apprentice geisha,  are not allowed to have a cell phone, carry any money or have a boyfriend.

Maiko are the colorful and flashy apprentices. Maiko’s outfits are more eye-catching to divert attention from the lack of knowledge and experience. Geisha’s fashion is more mature and subtle. Maiko must live in the “mother”s house and depend on the little stipend she receives from the geisha house while geisha are more independent and live in a separate house of their own in the geisha neighborhoods. You can easily distinguish between geisha and maiko based on the image below that shows the differences in terms of outfit and appearance. 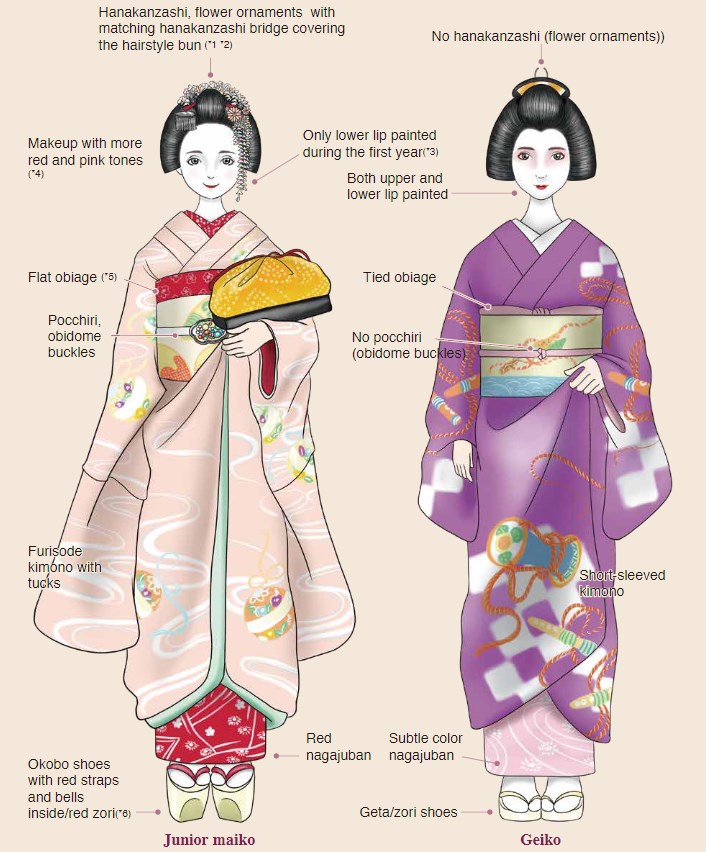 (*1) hanakanzashi in a form of big single flower

(*2) kushi (comb) instead of the hanakanzashi bridge

(*4) More black accents in the makeup, such as eyeliner

(*8)White collar in the front, red in the back. 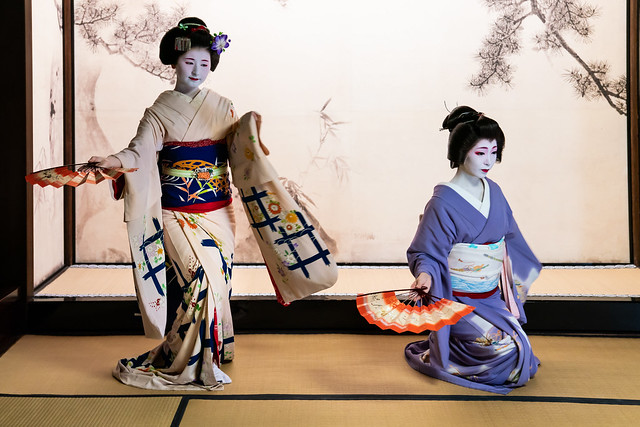 In the picture above: Maiko on the left and a senior geisha on the right.

“When the new maiko makes a mistake, she may be surprised, then ashamed, to find that, it is her older sister who will apologize to others. She learns.” ― Liza Dalby (Geisha, 25th Anniversary Edition) 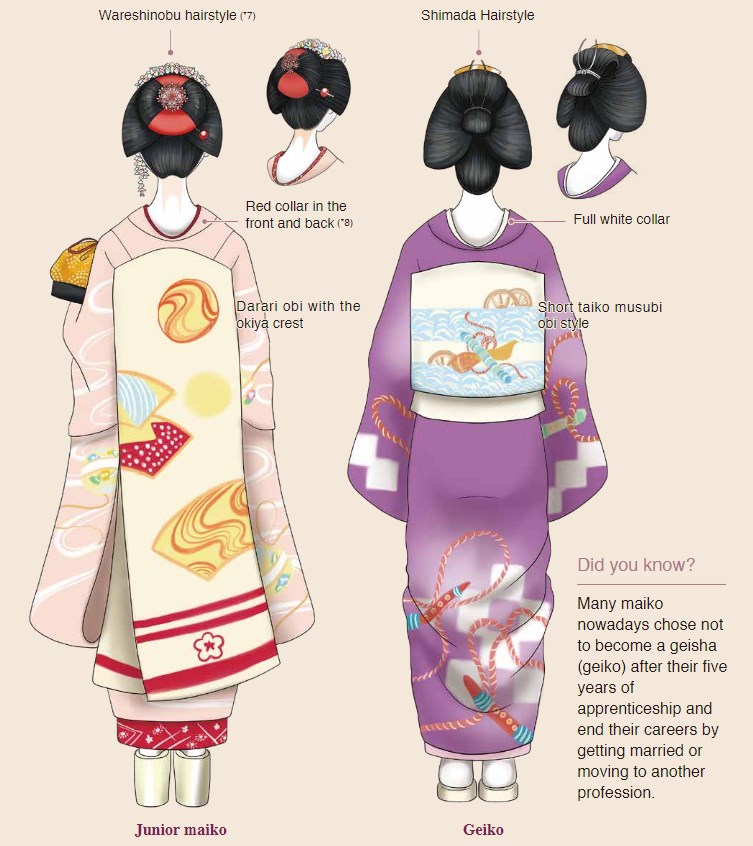