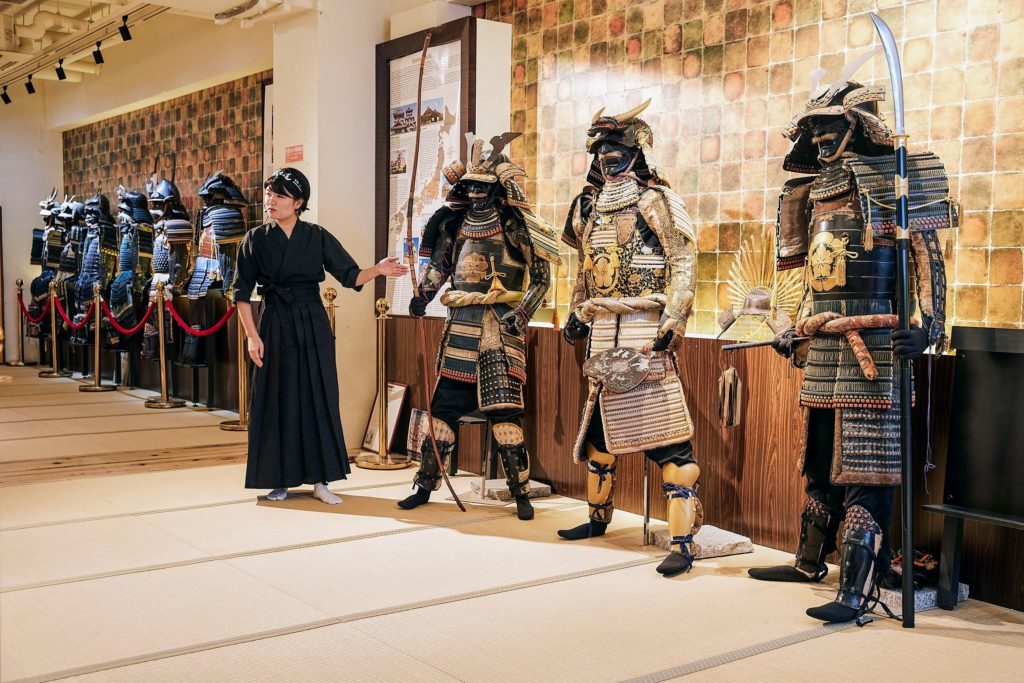 You can become a samurai for a day at the Samurai & Ninja Museum Kyoto by wielding a real katana.

However, samurai clans still exist to this day, and there are about 5 of them in Japan. One of which is the Imperial Clan, the ruling family of Japan, and is headed by Emperor Naruhito since his ascension to the Chrysanthemum throne in 2019. The second is the Shimazu Clan, which was the daimyo of the Satsuma han, and a branch of the Minamoto Clan. The members are descendants of  Emperor Seiwa Genji, and are comprised of some of the country’s famous warriors like Minamoto no Yoritomo.

The Oda Clan is one of the most well-known in Japan just from Oda Nobunaga and was descended from the powerful Taira Clan. Although there is not much information on the clan ruling, Oda Nobunari, a former competitive figure skater with impressive achievements, carries the clan name. The Date Clan was founded in the Kamakura period and were descendants of the Fujiwara clan. The current head of the clan is Date Yasumune, and he is a regular participant in the samurai festival in Sendai, as a way to honor his roots.

The last group is the Tokugawa Clan, founded by the famous shogun Tokugawa Ieyasu. The current head of the main clan is Tokugawa Tsunenari, the great-grandson of Tokugawa Iesato and the second cousin of the former Emperor Akihito from the Imperial Clan.

This article was prepared by the Samurai & Ninja Museum Kyoto staff. Come visit us to learn more about the samurais in Japan’s history and culture!

We are one of the leading samurai museums in Japan that offers a variety of experiences that inform and educate visitors on the history, culture, and relevance of the samurais and ninjas in Japanese history. We offer immersive experiences to our guests ranging from ninja training, to city tours.

Check out all the exciting activities you can do with us: