Japan has such rich cultural practices and traditions that there’s a set of proper manners and etiquette for every occasion like the tea ceremony. Table manners and dining etiquette either formal or informal are no exception to this rule. While some of the etiquettes are simply for when you’re eating and sharing food with friends, there are some rules that prevent severely offensive actions.

Japanese food or “washoku” has been registered as a UNESCO Intangible Cultural Heritage. It only makes sense that visitors and tourists should give the same level of respect to the carefully prepared dishes in Japan.

For a quick visit to Japan, it’s enough to learn about the basic dining etiquette to avoid embarrassment in public when you’re eating in restaurants, or even at a friend’s house. But there are more extensive guidelines for when you’re eating in a formal setting, like how it is with Western culture.

Do not refuse food offered to you

In most cultures, it’s a custom to accept the food given to you and it is considered rude to say “no”. It’s common for tourists to make this mistake in more upscale restaurants where an appetizer is typically served to whet one’s appetite. Although you have to accept the meal or snack, you don’t have to eat or finish the whole thing. It would show appreciation to the chef when you do, however.

The same rule applies to when someone pours you a drink – your cup will always be refilled when you finish it. The best loophole around this one is to leave a little bit in your cup if you don’t want any more.

It goes without saying that some of us observe this rule even when we’re not in a formal setting. Whether it’s a quick brunch with friends or a dinner date, it’s almost instinct to want to wait for the other party to arrive before placing an order.

In Japan, it’s a habit for people to arrive a little earlier than expected so waiting wouldn’t seem too long. If you’re the late attendee though, you are most likely already feeling awkward for making other people wait. A good practice for this is to leave earlier than you would, about ten minutes, to make sure you get to your friends on time. 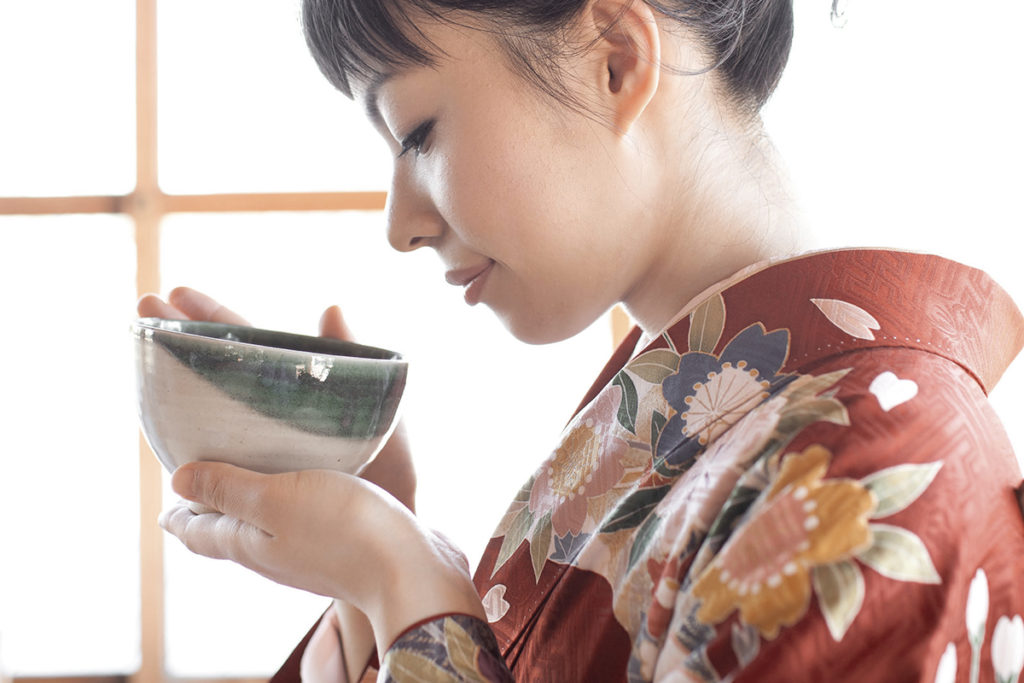 Everyone who has ever prepared food likes being complimented and knowing that the people who tasted their food found the dish delicious. Besides sending your regards to the cook or host, there are a few more ways to show your appreciation.

The most common and well-known way to indicate that you like the food, particularly noodles and soup, is to make a slurping sound when you’re about to finish. Of course, the volume should be reasonable lest you want to be judged for eating like a clogged vacuum. The same principle applies during the Tea ceremony when you’re having matcha.

A more obvious way of doing this is to explicitly say that the food is delicious after the first bite. You may have even seen movies, anime, or even real situations where people would say “umai” while eating, as well as “itadakimasu” and “gochisousama deshita” which can both mean “thank you for the food” before and after eating.

Use your chopsticks properly

Of course, you’re not actually required to use the chopsticks if you don’t know how to. It’s acceptable for foreigners to ask for other utensils in replacement, although some people might have contradicting opinions about this. When visiting a foreign country, it’s always appreciated to get to know some basic customs.

Chopsticks are not skewers, and sushi is not served alive for you to harpoon them before eating. It’s considered rude to use them for anything other than to divide and deliver food from the plate to your mouth.

For people who tend to talk with their hands, always try to make sure you’re not holding your chopsticks while you chat. Waving them around and using them to point is considered rude. Similarly, try not to hover them over dishes while you’re trying to decide which one to start with.

The majority of the offenses against chopsticks have to do with beliefs around funerals and death. Passing around food using your chopsticks should be avoided as it resembles passing around the ashes at a funeral.

Similarly, never stick your chopsticks into a rice bowl and leave it standing up. Not only does this resemble the incense sticks at Buddhist funerals, it’s also a custom practiced to leave offerings to the dead. Surely, you’re still in the living plane, right?

Westerners often commit this offense when they’re unfamiliar with the intricacies of Japanese beliefs.

Additionally, you shouldn’t lick or suck the chopsticks, like you wouldn’t with a fork or knife. And, as funny as it is as kids, don’t stick the chopsticks in your mouth and pretend like you’re a vampire. It also applies for when you have to do other things and have to hold onto them.

Another thing, chopstick rests are usually provided at restaurants – use it. There are some more casual places that do not offer the chopstick rest or “hashi-oki”, so it’s acceptable to place your chopsticks on the bowl if you’re not using it. Just make sure that whichever you use, the chopsticks are arranged neatly and not crossed – which also resemble funeral practices.

It goes without saying that if you’re sharing a dish or a sauce, you never double dip. This is not about being stingy over food, but since the pandemic started, everyone should be concerned about double-dipping.

The habit is unhygienic and, frankly, if someone dipped their half-eaten tempura into your sauce, would you still eat it? The only exception here is if you’re not sharing with anyone.

Speaking of sauces and dips, always remember to use them sparingly when you’re serving yourself. With sushi, don’t soak all the rice with the soy sauce as this would actually make it fall apart. Always try to put just enough for you to finish as you can put some more later if you need it. 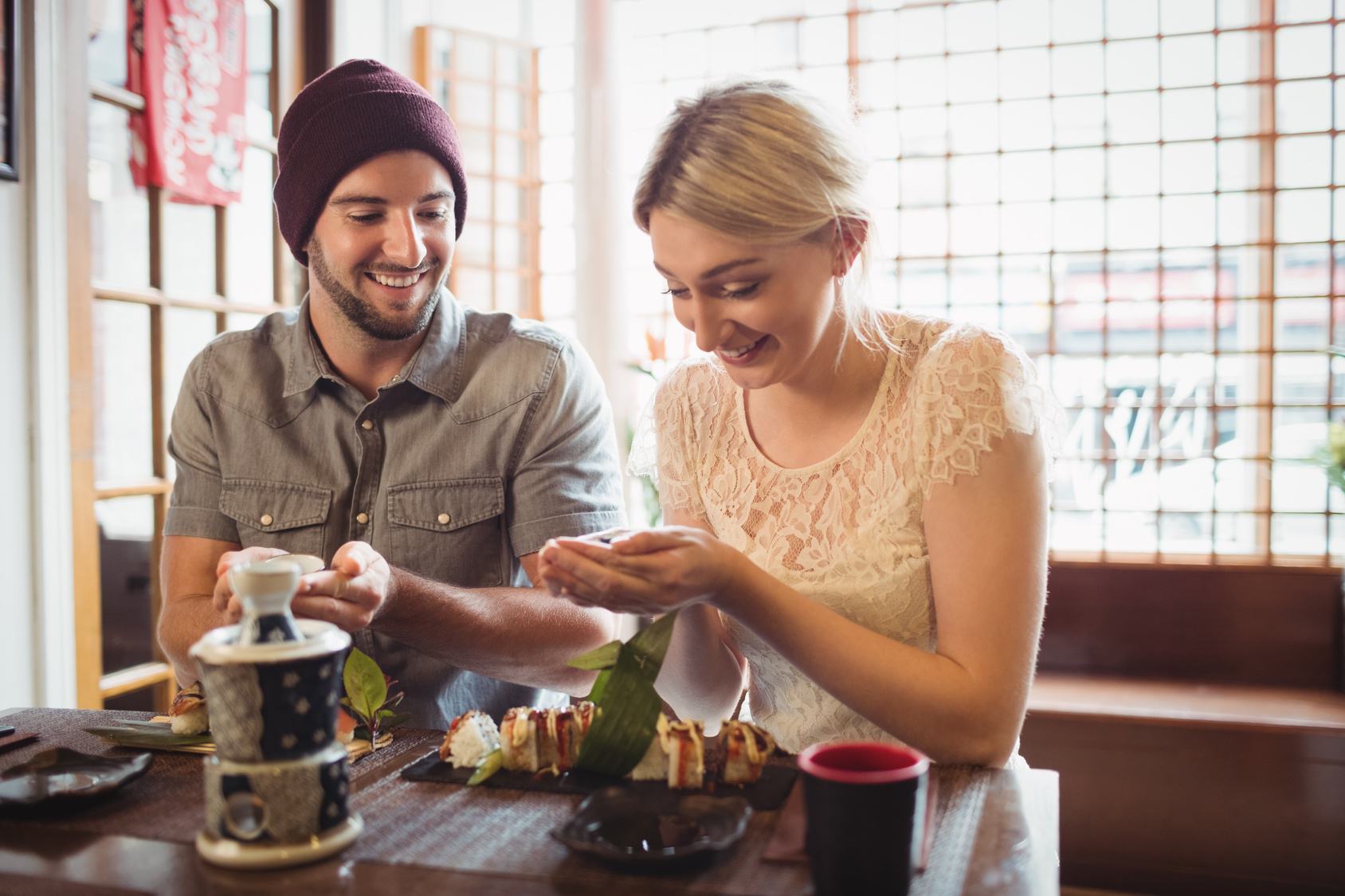 Similar to Western practices, it’s considered rude to lean or get too close to your plate while it’s on the table. As this offense is usually committed while eating rice or noodles, it’s okay to lift the bowl and bring it closer to you.

In most restaurants, especially upscale ones, there is typically a small plate provided to use under the food you pick up with your chopsticks. This essentially eliminates the possibility of making a mess or dirtying your hands. In the same sense, it’s ideal not to have your food spill on the table. 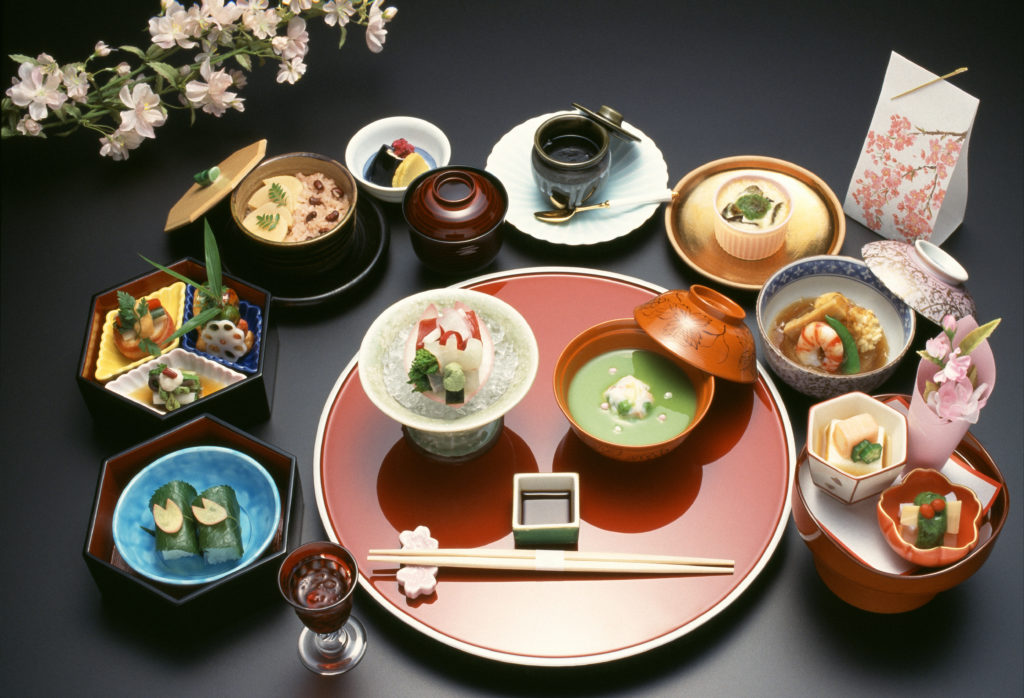 Kaiseki is Japan’s most refined dining, almost synonymous with Western haute cuisine. The traditional multi-course meal requires the highest level of etiquette and respect for the food and is typically prepared by experienced professional chefs. The presentation and experience are almost akin to a theatrical performance, with dishes served in a specific order and featuring seasonal flavors.

There are two ways you can have a kaiseki meal: before the tea ceremony, “cha-kaiseki”, and as an independent meal at either casual restaurants or high-class “ryotei”. Kaiseki is also typically served in ryokans or traditional Japanese inns all over the country.

If you find yourself having one, you’ll discover that it’s one of the best ways to taste Japanese flavors as the preparation is meant to bring out the natural flavors. But whether or not you’re trying out this dining experience, the same rules apply to formal dining in Japan.

There is typically a host at a formal restaurant or someone who would lead you to your seat. When it comes to pre-arranged dining, there is a certain order to follow that highly depends on ranking or authority. If it’s a dinner among colleagues, the one with the highest position gets the best seat and settles down first while everyone follows along. For gatherings with friends or family, the oldest or the oldest male would take this position.

Similarly, no one should be eating before the highest-ranking takes a bite. This is basically a more complicated version of the previously mentioned rule about waiting for everyone. In this case, it’s just that someone takes the first step.

Kaiseki meals are served in a specific order, just like a formal dinner where you get appetizers, a main dish, then a dessert. Unlike regular dining, though, kaiseki is composed of as many as 15 dishes. This order is determined by the chef to bring out the best experience and flavors for diners to enjoy and it’s considered disrespectful to keep going back and forth between dishes.

Other than this, the previous dish is typically taken away before the next one is served. But it’s good to remember that you don’t have to rush the meal. Each plate is served at the pace you and your company would dine in.

How to deal with leftover food 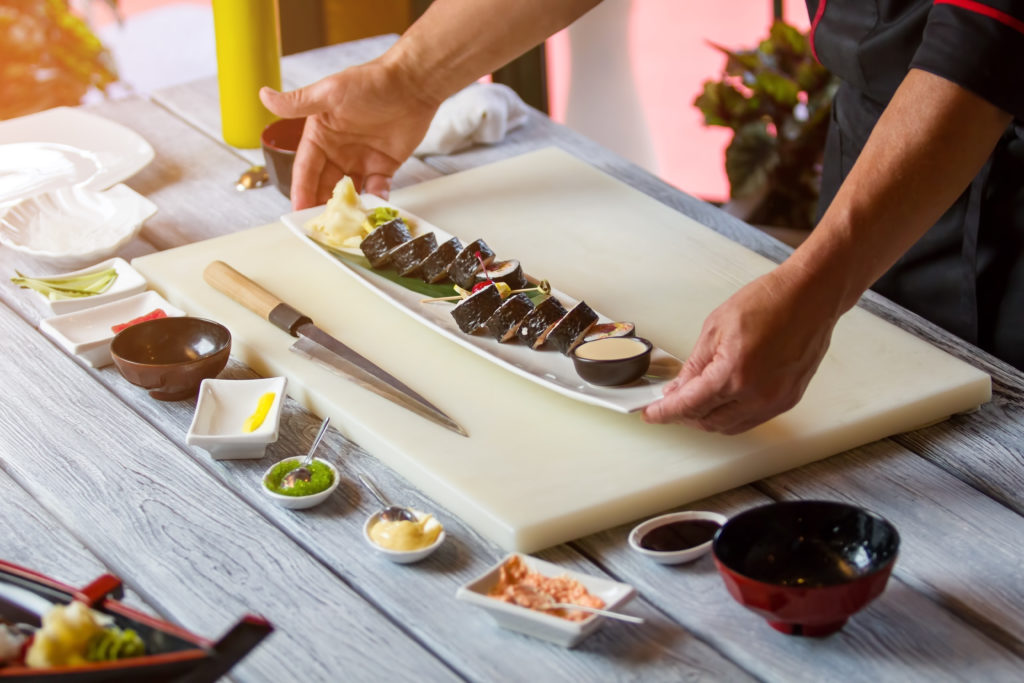 For some of us, leftovers are inevitable. This is especially true if you tend to eat with your eyes first and serve yourself more than you can finish. But since kaiseki dishes are just the right amount, it’s expected to be finished and leave a clean plate.

It’s a little patchy when you leave food on your plate during kaiseki but there are a few guidelines you can follow.

When you know that you can’t finish your food and you’re with someone who wouldn’t mind eating it for you, offer it to them first without touching the food. Remember to never use chopsticks to pass it around. Let them take a portion before you.

If you’ve already started digging in, try to leave the portion you’re going to leave behind untouched or set aside on the corner of your plate. This shows respect for the food you’ve been served and also makes cleaning it up easier.

Did you know you can book a kaiseki dinner with a geisha performance too? Check out our packages below!