Japan is , no doubt, a breathtaking, bewildering and diverse country full of mild-blowing thrills and surprises. Home to serene shrines, mouthwatering cuisine, scenic landscapes and quirky man-made attractions, Japan has a lot to offer to everyone. From futuristic skyscrapers and over-the-top arcades to ancient temples, there’s no shortage of exciting and memorable things to do in Japan.  Here are some tips and suggestions to take note when creating a list of things to do in Japan. 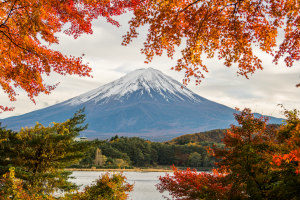 With its jaw-dropping picture-perfect symmetry and incredible elevation of 3,776 meters, Mount Fuji is truly a must-see icon in Japan!
2. Fushimi Inari , Kyoto 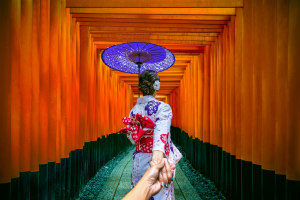 With its alluring and seemingly endless path of more than 500 vibrant orange torii gates, this Japan attraction will amaze its beholders.
3. Tsukiji Fish Market , Tokyo

Although the market was officially moved to a new and more contemporary location, Tsukiji remains a must-see spot, thanks to its fresh seafood and smorgasbord tasty treats.
4. Kinkakuji , Kyoto 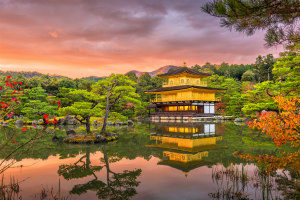 Whether it’s set against a vibrant autumn backdrop or capped by snow, nothing is as exquisite and symbolic if Kyoto as Kinkakuji’s golden reflection that reflects across the pond’s rippled surface.
5. Shibuya Crossing , Tokyo

There’s nowhere else that says “Welcome to Tokyo” than this scramble with its humongous billboards, dazzling lights and beautifully chaotic ambiance.
6. Tea Ceremony , Kyoto, Tokyo, Osaka 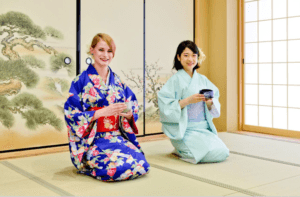 It’s a unique Zen-like experience that will give you a taste of the Japanese Culture and hospitality while wearing an elaborate and comfortable kimono,.
7. Hida Takayama , Gifu

Located in a mountainous region in Gifu Prefecture, this beautiful town exudes an old world charm, thanks to its rustic touches, traditional thatch-roof houses and relaxing backdrop.
8. Dotonbori Bridge , Osaka

Filled with bars, clubs and towering neon signs, Dotonbori Bridge is where you can enjoy a good view of the Glico Man as well as the futuristic neon cityscape of the area.
9. Universal Studios Japan , Osaka 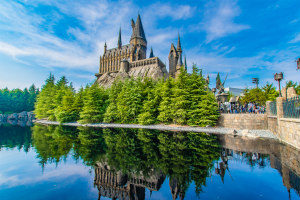 With a wide collection of world-class entertainment to offer, it has a world of thrills and activities for visitors of all ages.
10. Nara Deer Park , Nara – Kyoto

Opened in 1880, this historic park is home to most of Nara’s main attractions, and more importantly, to hundreds of friendly deer roaming freely.
11. Todaiji , Nara- Kyoto 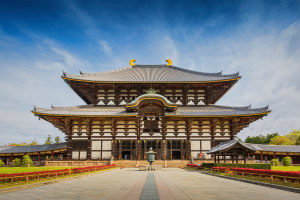 Built in 752, this elaborate landmark is historically important and home to one of the largest bronze statues in Japan, which is 15 meters tall.
12. Mount Koya

They don’t call Mount Koya as the holiest mountain in Japan for nothing. Established by a monk named Kukai in 819, this mountain is a Buddhist community and a hub of the Shingon school of Buddhism. Not to mention, the mountain houses over 100 monasteries and temples. Tip: There are plenty of hiking areas around Mount Koya, including he multi-day, 70-kilometer UNESCO World Heritage Kumano Kodo Pilgrimage Route.
13. Sumo Game & Sumo Practice

Originated as a performance to appease the Shinto deities in ancient times, this Japanese wrestling style is the official national sport of Japan. It’s an action-packed and unique contest, and watching it is one of the must-try things to do in Japan. Besides the exciting matches, it also gives you a glimpse of the Japanese culture and its old traditions. Tip: The best way to experience it is to attend a sumo tournament in Japan. They can be bought at buysumotickets.com or an official vendor. .
14. Kiyomizu Dera 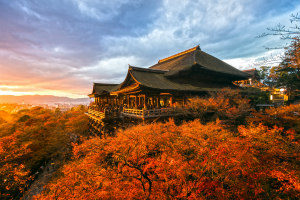 With more than 1,200 years of history, Kiyomizudera is, by far, one of the most popular and celebrated temples in Japan. Designated as a UNESCO World Heritage site, this temple impresses visitors with its stunning architecture and gorgeous panoramic views. Tip: Make sure to wish a long-lasting loving relationship at the wondrous Jishu Shrine and drink Otowa no Taki waterfall’s sacred water, which teems with positive energy and good karma.
15.Arashiyama Bamboo Forest 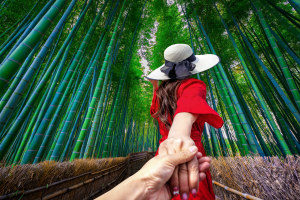 Standing amid its towering stalks of bamboo is a surreal experience and like being in another dimension. Just imagine yourself staring down a never-ending pathway of green swaying boughs, The stalks soar above you, allowing the sunlight to gently filter in. Tip: Visit it at sunset or early in the morning to steer clear of the crowds. This Japan attraction is open 24 hours a day.
16.Asakusa Temple 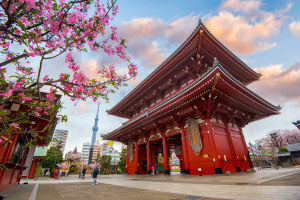 Most travelers and locals come to Asakusa Shrine to pray for success in business, happiness of their family, speedy recovery, or good health. Shingan jyoyu, which practically means that anything you wish from the heart will be granted, is a divine favor granted at this shrine. So, whatever you wish, when made in earnest, is said to come true. Tip: Spend some time admiring the sheer size and intricate details of Kaminarimon Gate.
17. Kobe Beef

Kobe Beef is a beloved Japanese delicacy and arguably Japan’s most famous specialty regional food. It’s one of the numerous Japanese cattle (Wagyu) breeds, which are known for its flavorful and tender meat marbled with fat. Of course, the best place to savor this beef is in Kobe. Tip: While it’s popular among foreign travelers, the Japanese think Tajima-gyu is the best.
18. Himeji Castle 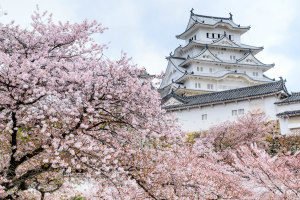 With its unrivaled elegance and picture-perfect white facade, it’s easy to see why they call Himeji as the most spectacular castle in Japan. Not only is it a national treasure, but it’s also a UNESCO world heritage site, meaning it’s one of the best things to do in Japan. Tip: Expect huge crowds here, especially on weekends. To avoid an hour of waiting in the long queues, arrive 10 minutes before its opening time, 10 AM. Quieter months are June, December,January and February.
19. Kokoen Garden 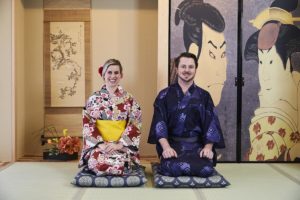 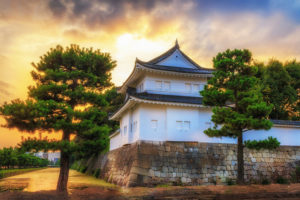 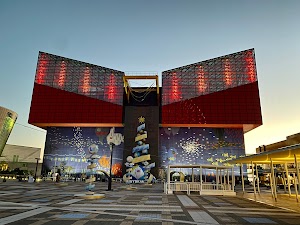 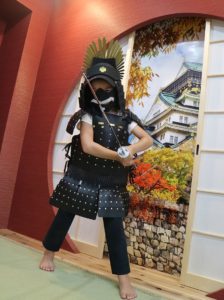 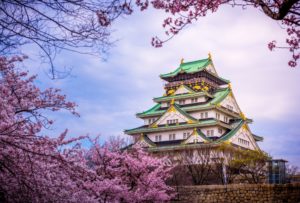 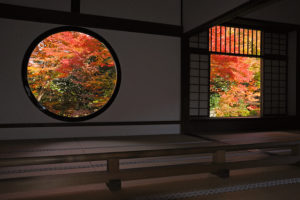 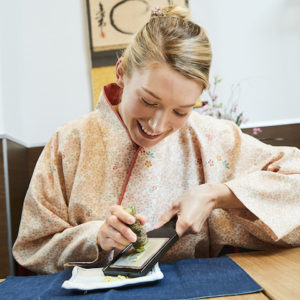 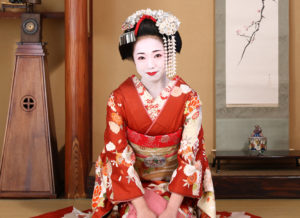 It is good to go to a roll-sushi restaurant, a unique sushi experience, sushi on the conveyor belt.
69. Samurai Test Cutting Experience 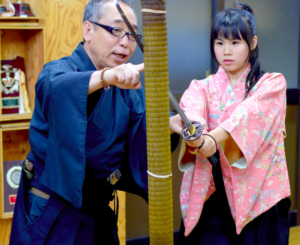 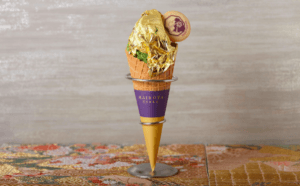 Japan is one of the countries that gets flooded by tourists each year. The most extraordinary modes of transportation belong to them. It is undeniable these systems show advanced technology, comfort, and convenience to traveling guests and locals. Not only are Japan’s buses efficient, or the t

When you think of images of Japan, some of you might think of a picture of monkeys soaking and warming themselves in a hot spring under heavy snow. They are monkeys at Jigokudani (Hell V

Kenrokuen Garden: Kenrokuen Garden is located in Ishikawa prefecture. It is classified as one of Japan’s three most beautiful landscape gardens. It used to be the outer Garden

Chountei Chountei is a garden located in the south of Kyoto. This garden is known as the garden of the sound tide and is a wonderful zen garden located behind the Kenni